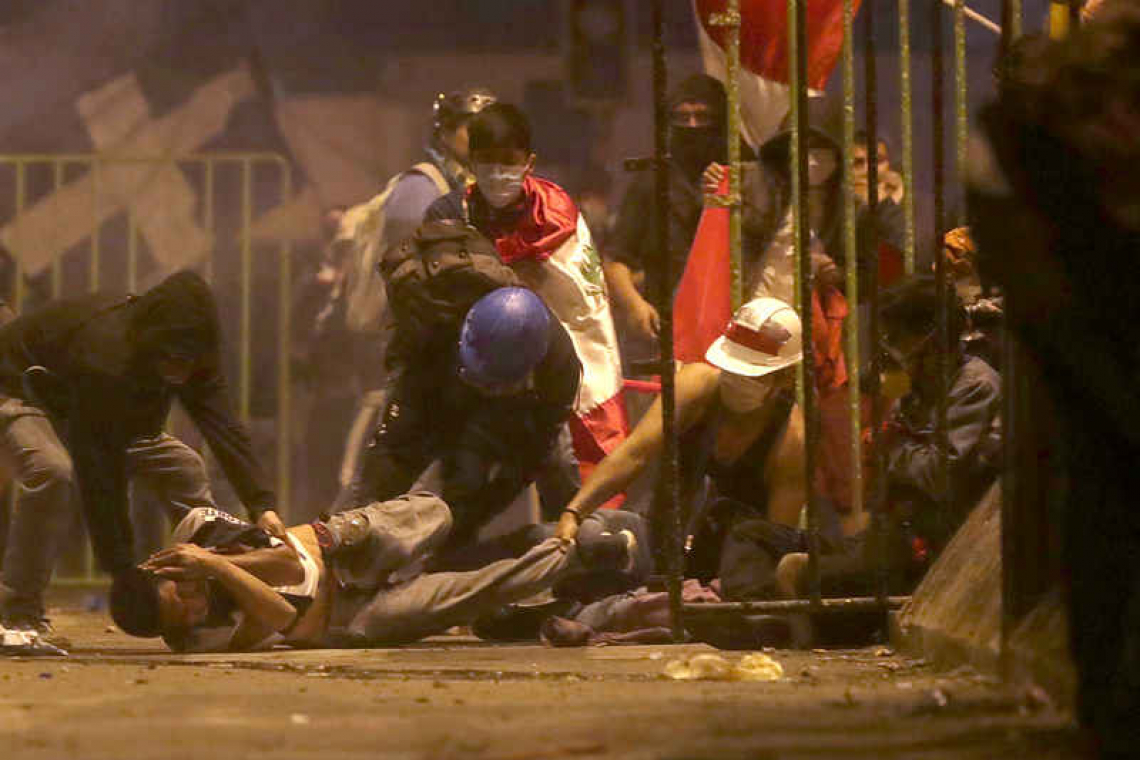 LIMA--Peru's interim president, Manuel Merino, resigned on Sunday, leaving the country in limbo and without a leader after lawmakers demanded he step down following the deaths of two people in protests over the sudden ouster of his predecessor.

Merino had been in office for less than a week, after Peru's Congress voted last Monday to remove Martin Vizcarra as president over bribery allegations, which he denies. Lawmakers met late on Sunday afternoon to determine who should be the country's next president, or at least, how he or she might be chosen.
In a televised speech at midday, Merino, the former head of Congress who had led the push to impeach Vizcarra, asked his Cabinet to remain in place to assist in the transition. He said his resignation was "irrevocable" and called for "peace and unity."
Peruvians poured onto the streets on Sunday afternoon to celebrate Merino's departure, waving flags, chanting and banging pots. But the announcement nonetheless plunges Peru deeper into uncertainty and legal disarray as lawmakers now wrestle with who will take his place.
Thousands in Peru had staged some of the country's largest protests in decades - mostly peaceful but increasingly marred by clashes - since Congress voted to remove Vizcarra as president. Just minutes before Merino announced he would step down, Congress president Luis Valdez said all of the country's political parties had agreed he should resign. If he declined, Valdez said, lawmakers would launch impeachment proceedings.
The latest political shakeup comes as Peru, the world's No. 2 copper producer, battles the coronavirus pandemic and what is expected to be its worst economic contraction in a century. A tense week collapsed into chaos late on Saturday, after mostly peaceful demonstrations grew more intense by nightfall. Two young protesters were killed in clashes, the public ombudsman said. Peru's state medical programme, EsSalud, confirmed in a statement two young men had died from gunshot wounds.
Peru's National Human Rights coordinator said 112 people were injured, some after inhaling tear gas, and 41 were still missing. At least nine had suffered gunshot wounds, health officials said.