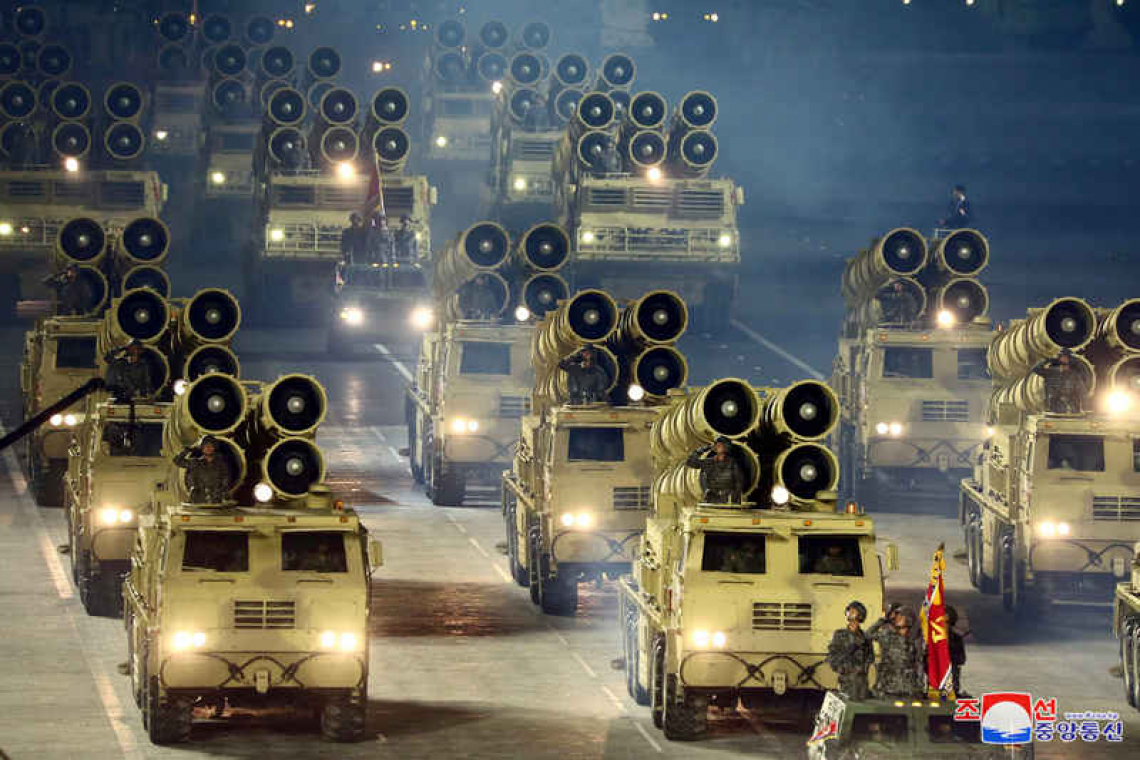 SEOUL, South Korea--North Korean leader Kim Jong Un appeared to shed tears at the weekend as he thanked citizens for their sacrifices, in the most striking demonstration yet of how he is relying on his "man of the people" persona to tackle his country's deepening crises.

Though the young leader has consolidated his rule over the isolated nation with ruthless purges, North Korea watchers say he has also sought to portray himself as a more traditional political leader than his eccentric father, Kim Jong Il. Speaking at a military parade on Saturday, Kim became emotional as he paid tribute to troops for their response to national disasters and preventing a coronavirus outbreak and apologised to citizens for failing to raise living standards.
"Kim's modesty and candour, and his tears and choking, were all highly unusual, even for someone who publicly acknowledges shortcomings and has an established pattern of being expressive," said Rachel Minyoung Lee, an independent researcher and former open-source North Korea analyst for the U.S. government.
The speech, which was clearly carefully designed to resonate with the domestic audience, likely cemented Kim's image as a competent, charismatic leader who also has a human side to him, she said.
Kim - who broke into wide smiles when huge new ballistic missiles were displayed in the parade - blamed North Korea's continuing economic hardships on international sanctions, the coronavirus crisis and a series of damaging typhoons and floods.
Since succeeding his father in 2011, Kim has made economic progress a cornerstone of his agenda. He also U.S. President Donald Trump, forming an unprecedented personal relationship that included flowery letters.
But ambitious plans for international trade, construction projects, and other economic measures have stalled in the face of sanctions imposed over his nuclear weapons and ballistic missile programmes. The economy took a further hit when North Korea closed its borders to nearly all traffic due to the pandemic, and summer typhoons caused flooding that further threatened food supplies.
"Our people have placed trust, as high as sky and as deep as sea, on me, but I have failed to always live up to it satisfactorily," Kim said, at one point appearing to choke up. "I am really sorry for that."
Kim said the country's success in preventing a coronavirus outbreak and overcoming other challenges was a "great victory achieved" by the citizens. "Our people have always been grateful to our Party, but it is none other than themselves who surely deserve a bow of gratitude," he said.
So much focus on citizens was a major departure for such events, where speeches are usually filled with more ideological themes and lauding of the ruling Workers' Party of Korea, said Lee. "The speech was clearly intended to be for and about the people," she said.
In contrast to his remote father, Kim has taken his wife to political summits with foreign leaders, often stoops to hug children and mingles with workers at public appearances. Some of this folksy approach has shaped his public response to the country's economic challenges, said Benjamin Katzeff Silberstein, a North Korean economy expert at the U.S-based Stimson Center think-tank.
"Kim has been more personally present and visible at disaster reconstruction sites and the like, and he's prioritised a lot of the symbolic construction projects designed to show economic progress," he said.
But despite some early moves towards embracing markets, Kim is not an out-an-out reformer and his policy prescriptions have tended to draw on the North Korea playbook honed by his father and grandfather, state founder Kim Il Sung, Silberstein said.