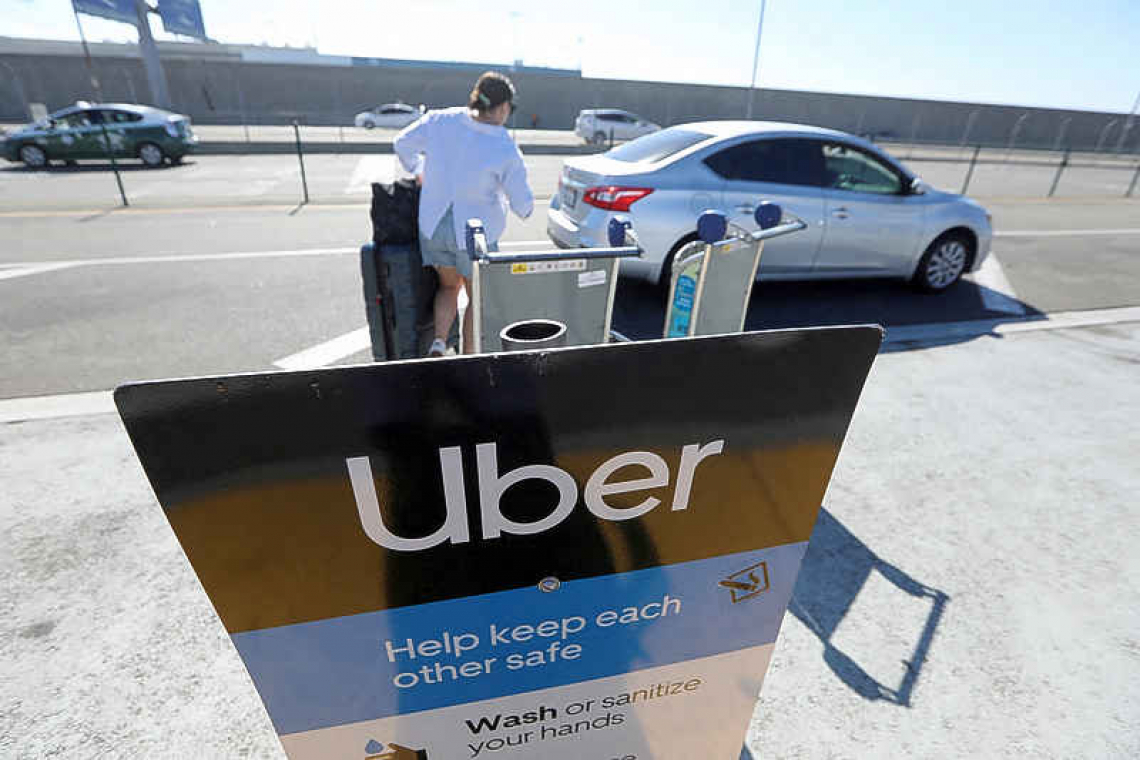 NEW YORK--Uber Technologies Inc said it was investigating a cybersecurity incident after a report of a network breach that forced the company to shut several internal communications and engineering systems.

On Friday, Uber said it had no evidence that the incident involved access to sensitive user data such as trip histories and that internal software tools that the company had taken after the hack were coming back online. Uber began investigating the cybersecurity incident on Thursday.
A hacker compromised an employee's account on workplace messaging app Slack and used it to send a message to Uber employees announcing that the company had suffered a data breach, according to a New York Times report on Thursday that cited an Uber spokesperson.
Cybersecurity has been an issue for Uber in the past. It suffered a significant hack in 2016 that exposed the personal information of about 57 million of its customers and drivers. Shares of the ride-hailing firm were down nearly 4% on Friday amid broader U.S. market declines.
It appeared the hacker was able to gain access to other internal systems, posting an explicit photo on an internal information page for employees, the Times report added. "We are in touch with law enforcement and will post additional updates here as they become available," Uber said in a tweet, without providing further details.
The hacker has claimed they have gained access to security vulnerability information produced by HackerOne for Uber. Such confidential information could be used for further breaches at the company.
HackerOne said they are "in close contact with Uber’s security team, have locked their data down, and will continue to assist with their investigation," according to Chris Evans, HackerOne's chief hacking officer.
Security researcher Bill Demirkapi said screenshots circulating online did seem to corroborate the hacker or hackers boast that they had access to Uber's internal systems. "This story is still developing and these are some extreme claims, but there does appear to be evidence to support it," he said in a message posted to Twitter.
Uber employees were instructed to not use Salesforce Inc CRM.N-owned office messaging app Slack, according to the NYT report. "I announce I am a hacker and Uber has suffered a data breach," the message read, and went on to list several internal databases that were allegedly compromised, the report added.
A person assumed responsibility for the hack and told the paper he had sent a text message to an Uber employee claiming to be a corporate IT person. The worker was persuaded to hand over a password that allowed the hacker to gain access to Uber's systems, the report said.
Uber Chief Executive Officer Dara Khosrowshahi, who took charge a year after the 2016 hack, fired the then chief security officer, who was later charged with trying to cover up the breach.