Tourists trickle back to Havana 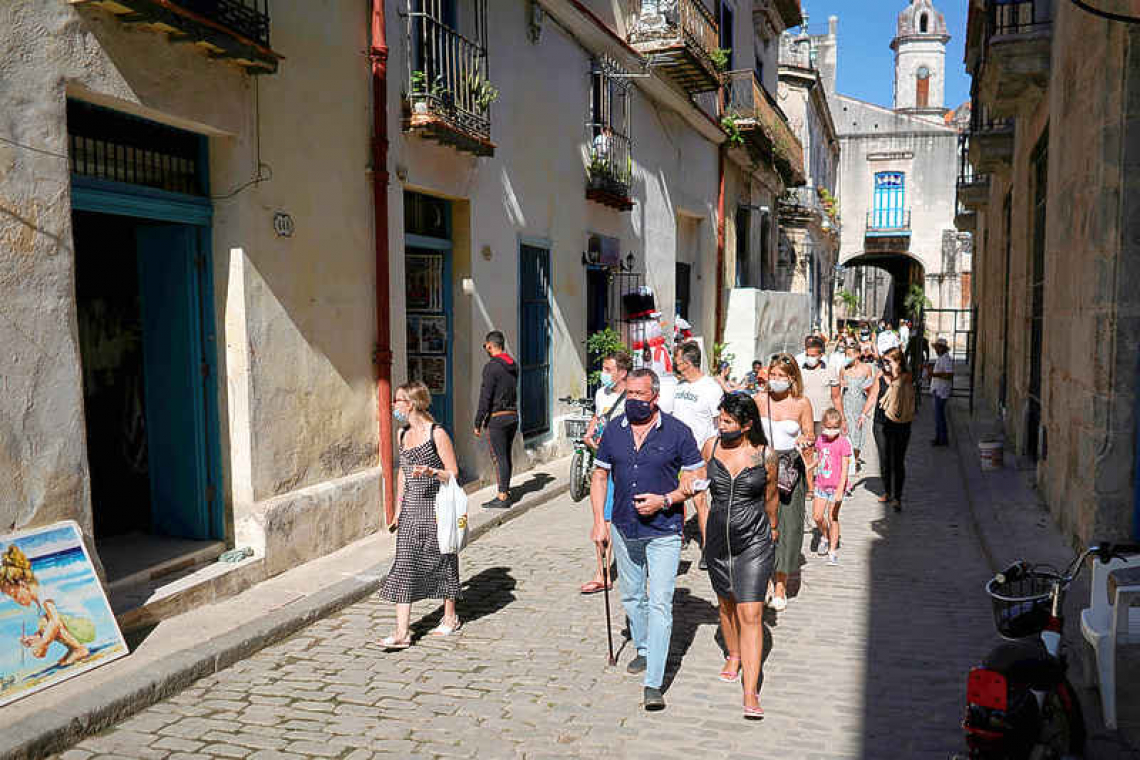 HAVANA--Cuba is slowly opening Havana and other cities to tourism after doing the same with beach resorts in November, eager to breathe life into the devastated industry shuttered last March by the pandemic.
Francisco Duran, head of epidemiology at the Ministry of Public Health, said on Tuesday around 1,000 visitors were entering the country daily, the majority bound for resorts where COVID-19 protocols have proved effective but a trickle headed to the Cuban capital, some after visiting the beach.
Cuba, like other Caribbean countries, depends heavily on tourism, which represented about a tenth of its gross domestic product in 2019. Its economy suffered an 11% decline last year.
“A month ago there were no foreign tourists to be seen,” said Luis Enrique Gonzalez, who runs a private eatery in Havana’s colonial district, as a few guests lunched at outdoor tables.
Now some Europeans, Canadians and Latin Americans have appeared although only a few hotels are open and most bed and breakfasts empty. “Little by little there is more movement and that’s a start,” he said of the capital, which just a year ago was bustling with tourists walking the streets, riding in vintage U.S. cars and being shuttled back and forth in Chinese-built buses.
Cuba’s daily infection rate per capita remains very low by regional standards, but it has doubled over the past month, mainly due to Cubans living abroad visiting family and breaking quarantine, according to the government. Flights from the United States and a few other countries Cuban-Americans arrive from were drastically reduced as of the first of the year. There have been just 148 deaths from the disease.
Even with the pandemic, the Communist-run country reported a million tourists visited last year, and the government hopes to double that in 2021. But that is still a far cry from the more than four million arrivals in 2019.
Visitors are tested at the airport and again in five days unless they are staying at a hotel under the watch of a doctor-nurse team. Beginning on Jan. 10 they will need a PCR test within 72 hours prior to arrival.
Travelers lodged at hotels in cities are expected to stay on the premises until the airport test proves negative and if staying in private homes to remain inside until receiving the five-day test’s result as well.
Visitors to isolated keys and resorts can visit the beach and eateries as long as they are isolated from the local community. The rules are a harder sell in cities where tourists are kept to the lobby bars and pools for up to three days.
“Who is going to come to Cuba to be shut up in a house,” said Norma Hernandez, who rents out rooms in Havana's Vedado district.
While the famous Varadero beach resort reported 69,000 visitors from November through Dec. 23, a staff member at one Havana hotel said there were fewer than 20 guests on Tuesday. Still, after a week or so at various resorts tourists are now taking group excursions to Havana and even staying at bed and breakfasts without any additional restrictions.