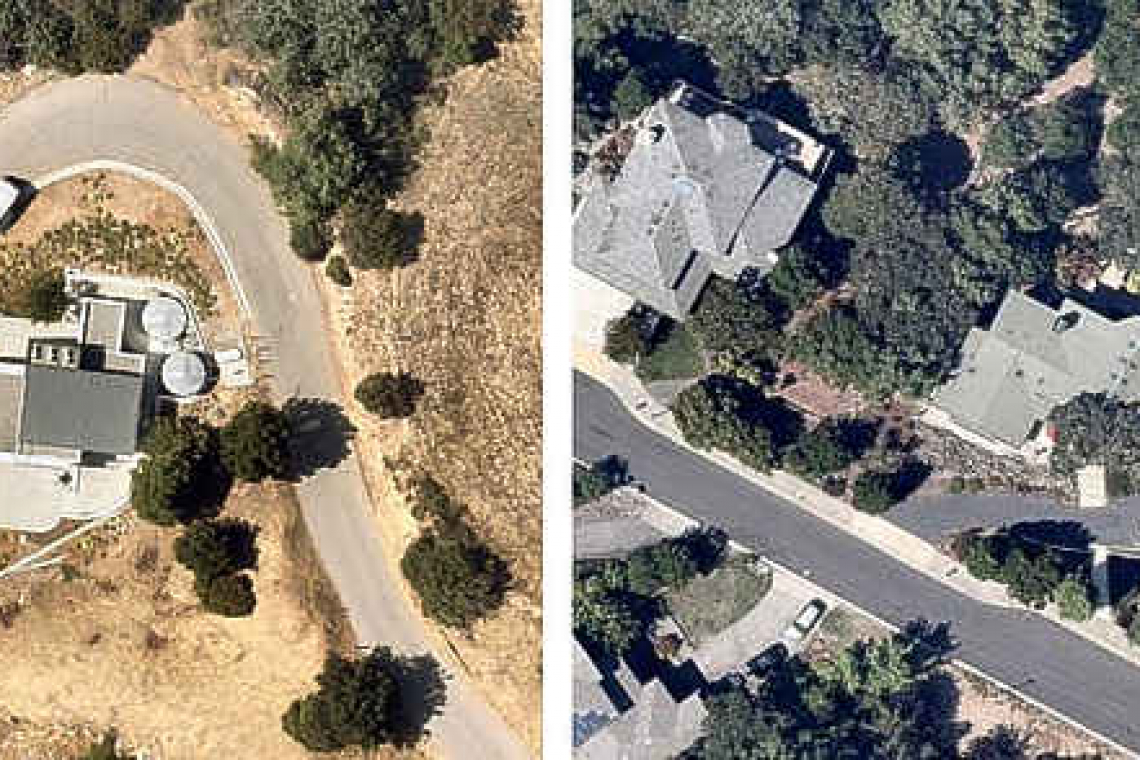 NEW YORK--Tony and Jhan Dunn never thought they would leave California, where they grew up, built a life together and planned to retire. But after a wildfire swept through their Northern California town of Paradise three years ago, burning their home to the ground, they could not get insurance to buy another.
"We basically got priced out of California," Dunn, a retired planning specialist, told Reuters from the couple's new home in North Carolina.

There are thousands of homeowners and businesses from California to Australia in a similar position because the insurance industry, known for its readiness to cover anything from Bruce Springsteen's vocal chords to alien abductions, has trouble factoring in climate change.
The tried and tested approach, where decades' worth of historical data serve to estimate future claims, falls short when weather patterns change and hurricanes, floods, heat waves or snowstorms become more extreme and unpredictable, industry experts say. And the British hosts of the U.N. climate conference in Glasgow acknowledged on Wednesday that current pledges to cut greenhouse gases were not enough to avert climate catastrophe.
Insurance broker Aon said in a report last week that "highly anomalous" floods in Germany and China this year caused record insured losses in those regions. "Insurers are pulling out because nobody wants to be in the business of losing money," says Attila Toth, chief executive at specialist risk analytics firm Zesty.ai. "And if they don't trust their traditional models, then they are concerned that they will be losing money."
Zesty.ai, whose customers include Farmers Insurance, reinsurer Berkshire Hathaway and Aon, uses artificial intelligence trained on more than 1,400 wildfire events to produce climate change risk scores for any individual property. In the same vein, reinsurance broker Willis Re is using data from AI firm Cloud to Street to help clients price flood reinsurance.
Insurance statistics show an urgent need for such innovation. For example, the average number of large U.S. wildfires has risen by 30% over the past 15 years and by nearly a fifth in just the last five, according to Lloyd's of London insurer Chaucer.
In all, insured losses for so-called "secondary" perils such as floods and wildfires - rather than more closely modelled perils such as hurricanes - nearly doubled over the past decade, data compiled by Swiss Re shows. The reinsurer expects no let-up, forecasting a 30-63% rise in insured losses for all types of natural catastrophes in advanced markets by 2040. China, Britain, France and Germany, could even see those soaring between 90% and 120%.
Given the momentum, it is no surprise that traditional models cannot keep up, Bruce Carnegie-Brown, chairman of insurance market Lloyd's of London told Reuters. "If you’ve reached an exponential part of the curve where suddenly, something’s accelerating, it’s almost certain that we are underpricing the risk that we’re taking."
Policyholders are already feeling the heat, with coverage getting costlier or harder to come by. Broker Marsh estimates U.S. property insurance rates have risen by 10% in the third quarter.
In California, non-renewals of homeowners' insurance policies rose 31% from a year earlier in 2019 to more than 235,000, the state's Insurance Department's most recent data showed. The data for 2020 could be similar, according to Carmen Balber, executive director of Consumer Watchdog LA.
Across the northern border, the Insurance Bureau of Canada warned on its website homeowners might not be able to buy a new insurance policy if they have suffered a fire.
Among those pulling back from home insurance in California are some household names such as Liberty Mutual, Nationwide and State Farm. Liberty Mutual said it was a "difficult but necessary step to reduce overall exposure to wildfires," a sentiment echoed by other insurers.
Some insurers aim to reduce their exposure by helping clients become more resilient. Commercial insurer AXA, for example, offers a consulting service for clients such as manufacturers, identifying their vulnerabilities and suggesting remedies, such as erecting flood barriers, its chief risk officer Renaud Guidee told Reuters. "This is really an alignment of interest."
U.S. insurer Chubb is also working with clients to help them make their infrastructure sturdier, said Paul J Krump, Vice Chairman, Chubb Group, Global Underwriting and Claims.
Reinsurers, with their global scope and long history of underwriting catastrophe risks, also have a role to play in helping the industry adapt to climate change, analysts say. Ernst Rauch, chief climate and geo scientist at Munich Re , said the group had the expertise and willingness to take on climate risk. The 141-year-old company set up a team to work on natural catastrophes and climate change in the 1970s after noticing loss patterns starting to change for weather related events, Rauch said.
"We observed a continuation of years with losses significantly higher compared to the last 35 years or so. And that's reflected in our models," he said.
Yet there was a gap between what the reinsurer considered a fair premium and what insurers were prepared to pay. "We can only transfer this risk on our balance sheet if we get the premium which we need to cover these risks, based on our own assessment," Rauch said.
Ratings agency S&P Global warned even reinsurers could be underestimating their exposure to climate risk by as much as 50%, describing their efforts to account for climate change as "nascent" in a recent report.