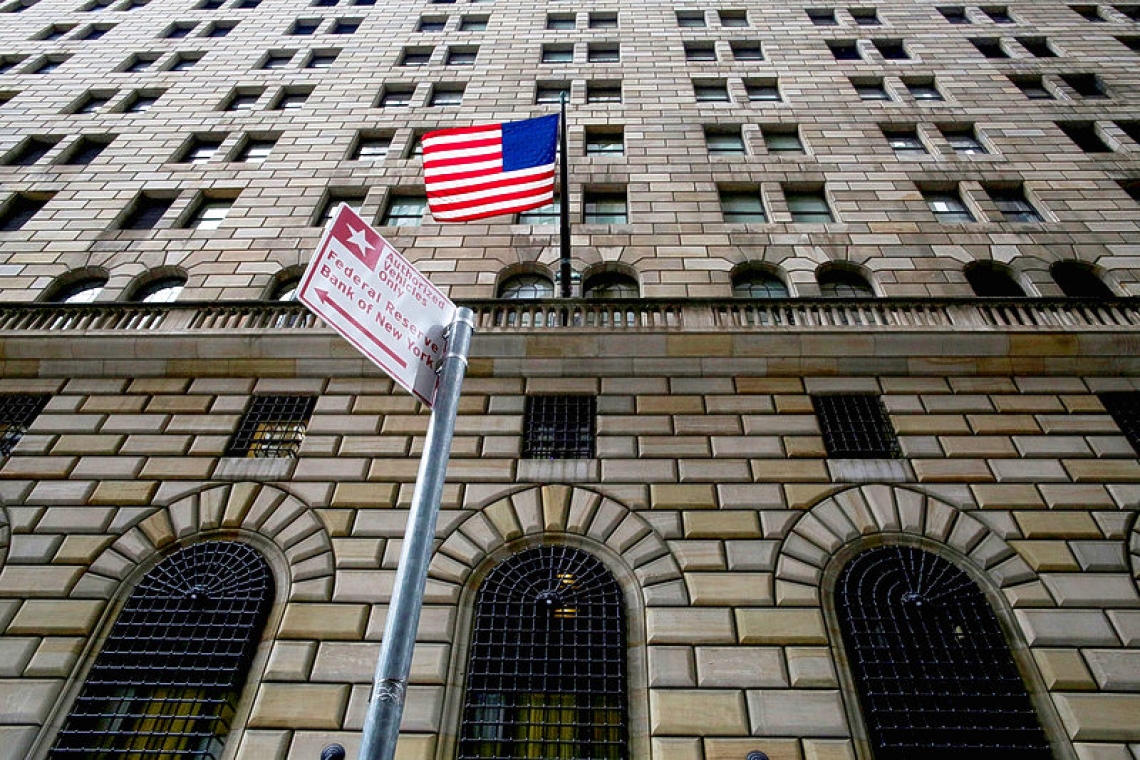 WASHINGTON--The U.S. Federal Reserve continued to roll out emergency support on Friday as it enhanced efforts with other major central banks to ease a global dollar-funding crunch, backstopped a market essential for U.S. state and local government finances and ramped up its purchases of mortgage-backed securities.

In a coordinated move, the Fed said it would enhance the permanent U.S. dollar liquidity swap line arrangements it has with the Bank of Canada, Bank of England, Bank of Japan, European Central Bank and Swiss National Bank to further ease dollar funding stress abroad.
The Fed said that it would increase the frequency of 7-day maturity operations from weekly to daily, starting on March 23, and continuing at least through the end of April. The central banks will also continue to hold weekly 84-day maturity operations.
"The swap lines among these central banks are available standing facilities and serve as an important liquidity backstop to ease strains in global funding markets," the joint statement said.
The announcement helped drive a brief weakening of the dollar, but by mid-afternoon Friday in New York the greenback was retracing that move. The dollar index, which tracks the U.S. currency against a basket of major trading partner currencies - including those from the other participating central banks - was down 0.23% on the day, but just fractionally below a three-year high hit on Thursday. The euro was 0.33% lower.
The Fed earlier in the week extended swap line provisions temporarily to central banks in nine additional countries to ease access to dollars in hopes of stemming the accelerating financial and economic fallout from the coronavirus pandemic.
Dollars have been in huge demand - and tight supply - in markets outside U.S. borders as banks, companies and governments scramble to secure them to service the dollar-denominated debts many have accumulated. That has sent dollar-funding costs spiraling and has led to a historic run-up in the dollar's value against other currencies.
In a separate move, the Fed said on Friday it would extend its liquidity support into the municipal debt market, the main funding market for U.S. states, local governments and official authorities such as transit systems.
Loans will now be available "to eligible financial institutions secured by certain high-quality assets purchased from single state and other tax-exempt municipal money market mutual funds," through the Money Market Mutual Fund Liquidity Facility the Fed set up on Wednesday, the U.S. central bank said in a statement.
The Fed also announced on Friday its latest effort to reassure dealers and other financial institutions that it will provide as much liquidity as needed to keep markets functioning smoothly.
The Federal Reserve Bank of New York, the central bank's market operations arm, said it will continue to offer $1 trillion a day in overnight repo operations for the rest of the month, with half of the support being offered in the morning and half in the afternoon. It had previously said it planned to offer that amount of support until the end of this week.
It will also make additional purchases of mortgage-backed securities on Friday totaling $15 billion in two operations and buy at least $100 billion in mortgage bonds next week, including $40 billion this coming Monday.