US top court blocks permanent residency for some immigrants 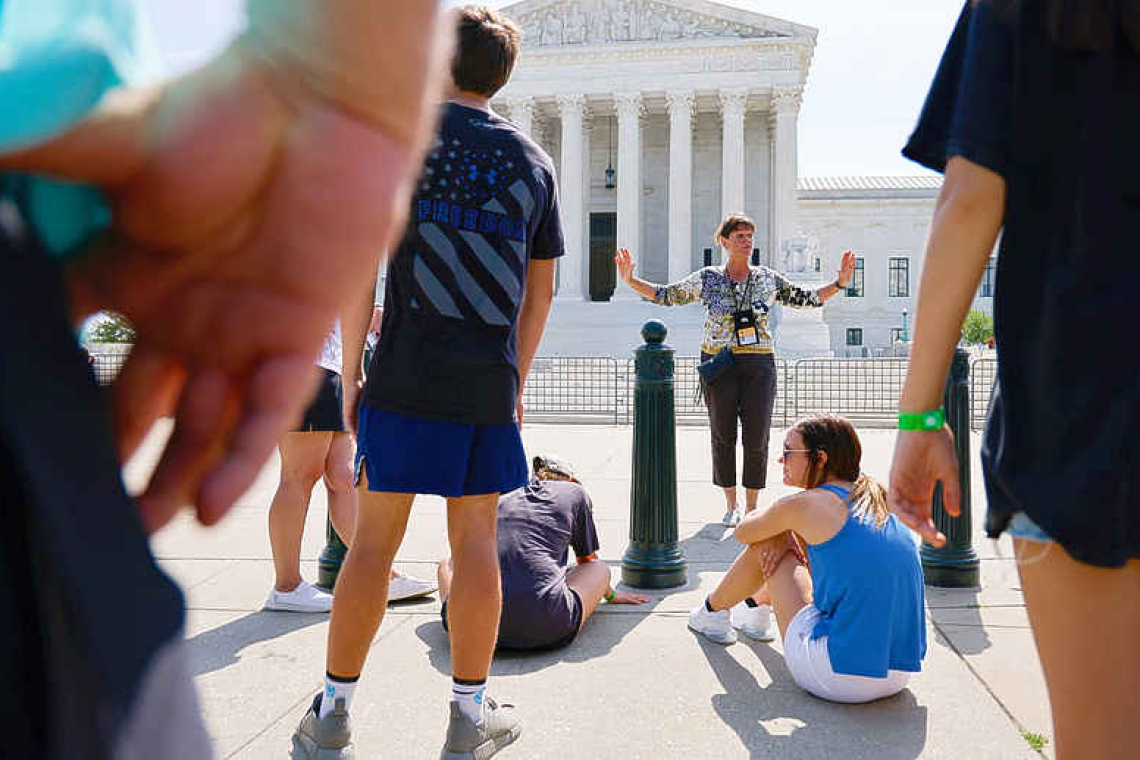 WASHINGTON--The U.S. Supreme Court on Monday refused to let immigrants who have been allowed to stay in the United States on humanitarian grounds apply to become permanent residents if they entered the country illegally, siding with President Joe Biden's administration.

The justices, acting in an appeal by a married couple from El Salvador who were granted so-called Temporary Protected Status, unanimously upheld a lower court ruling that barred their applications for permanent residency, also known as a green card, because of their unlawful entry. The case could affect thousands of immigrants, many of whom have lived in the United States for years.
Biden, who has sought to reverse many of his Republican predecessor Donald Trump's hardline immigration policies, had opposed the immigrants in this case, placing the president at odds with immigration advocacy groups and some of his fellow Democrats.
A federal law called the Immigration and Nationality Act generally requires that people seeking to become permanent residents have been "inspected and admitted" into the United States. At issue in the case was whether a grant of Temporary Protected Status (TPS), which gives the recipient "lawful status," satisfies those requirements.
Writing for the court, liberal Justice Elena Kagan said that "because a grant of TPS does not come with a ticket of admission, it does not eliminate the disqualifying effect of an unlawful entry."
Foreign nationals can be granted Temporary Protected Status if a humanitarian crisis in their home country, such as a natural disaster or armed conflict, would make their return unsafe. There are about 400,000 people in the United States with protected status, which prevents deportation and lets them work legally.
The case involves Jose Sanchez and Sonia Gonzalez, who live in New Jersey and have four children. The couple twice entered the United States illegally: in 1997 and 1998. After a series of earthquakes in 2001, the United States designated El Salvador as covered under the Temporary Protected Status program. The couple received protection under the programme that same year.
U.S. officials rejected their 2014 applications for green cards because they had not been lawfully admitted. They sued in federal court, saying that those with lawful status, including Temporary Protected Status recipients, are deemed to have been lawfully admitted, and may apply for permanent residency. Last year, the Philadelphia-based 3rd U.S. Circuit Court of Appeals ruled against the couple.