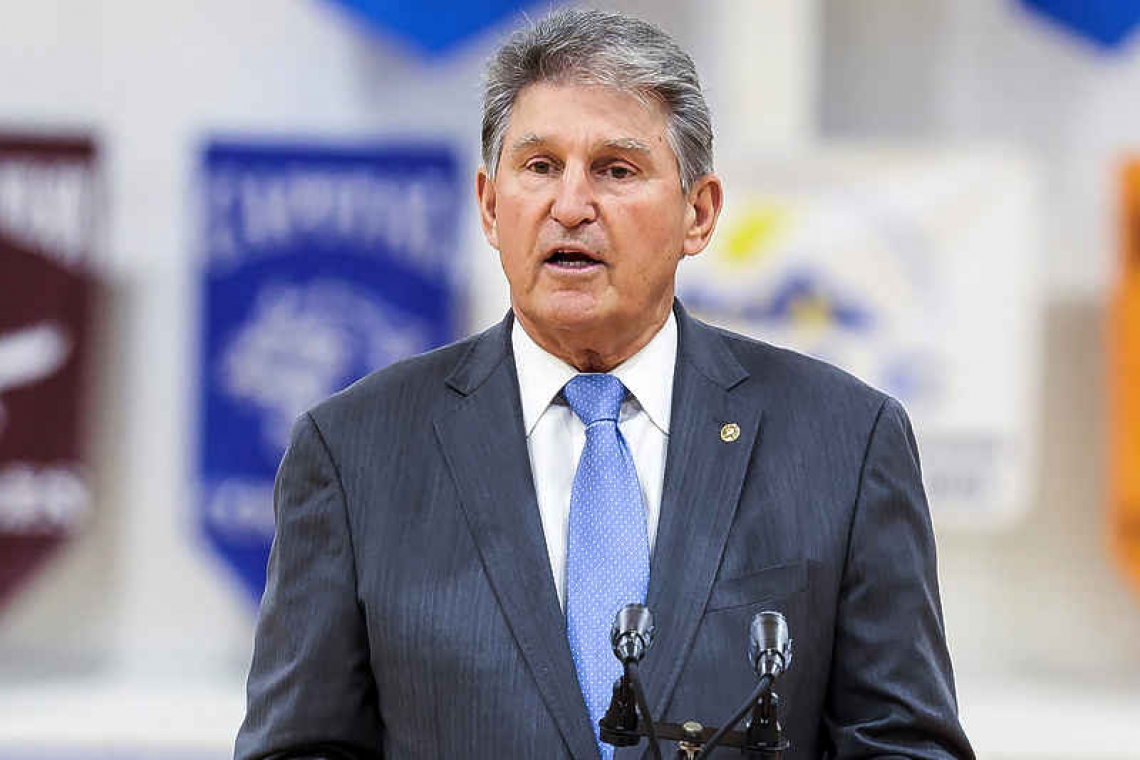 WASHINGTON- - West Virginia Democratic Senator Joe Manchin, a crucial swing vote in the U.S. Senate, announced on Sunday he intends to oppose a sweeping voting rights bill backed by the majority of his fellow Democrats that would expand access to voting across the United States.

Speaking on "Fox News Sunday," Manchin said the bill, known as the For the People Act, "is the wrong piece of legislation to bring our country together and unite our country, and I'm not supporting that because I think it will divide us further."
Manchin is key to control of the U.S. Senate, which is divided equally between Democrats and Republicans. He has at times proven to be a thorn in the Biden administration's side by crossing party lines to oppose legislation or block White House appointees.
He has also continually opposed efforts to eliminate the filibuster, which would make it easier for Democrats to pass legislation.
Manchin's intention to oppose the voting rights bill if it is brought to the Senate floor will complicate matters for Majority Leader Chuck Schumer, who has vowed to advance the legislation despite having no support from Republicans.
The bill would require states to expand mail-in voting, which was used widely in last year's presidential election because of the coronavirus pandemic, and it would also lengthen the hours of in-person balloting.
Democratic Senator Jeff Merkley of Oregon, the lead sponsor of the For the People Act, said in a statement he is disappointed by Manchin's position, but he would not give up.
"I am open to any conversation about the provisions of this bill, and will not give up on American democracy," he said.
Republican-controlled state legislatures in places such as Texas and Georgia have since sought to greatly scale back mail-in voting, as former President Donald Trump has continued to make false claims that the 2020 election was stolen.
Manchin outlined in greater detail his opposition to the voting rights bill in an op-ed published on Sunday in the Charleston Gazette-Mail, saying he is concerned by the total lack of Republican support for the measure.
"Voting and election reform that is done in a partisan manner will all but ensure partisan divisions continue to deepen," he wrote.
Manchin said he would throw his support behind an alternative voting bill that has received broader bipartisan support, called the John Lewis Voting Rights Advancement Act.
Named for the late Congressman John Lewis, the bill would restore the need for certain states and counties to see approval from the federal government before re-drawing voting districts, a legal requirement that was struck down by the U.S. Supreme Court in its landmark 2013 Shelby County v. Holder decision.
"My Republican colleague, Sen. Lisa Murkowski, has joined me in urging Senate leadership to update and pass this bill through regular order," he wrote.
He also attacked Democrats for seeking to eliminate the filibuster, saying "absolute power corrupts absolutely."
"What I’ve seen during my time in Washington is that every party in power will always want to exercise absolute power, absolutely. Our founders were wise to see the temptation of absolute power and built in specific checks and balances to force compromise that serves to preserve our fragile democracy," he wrote.