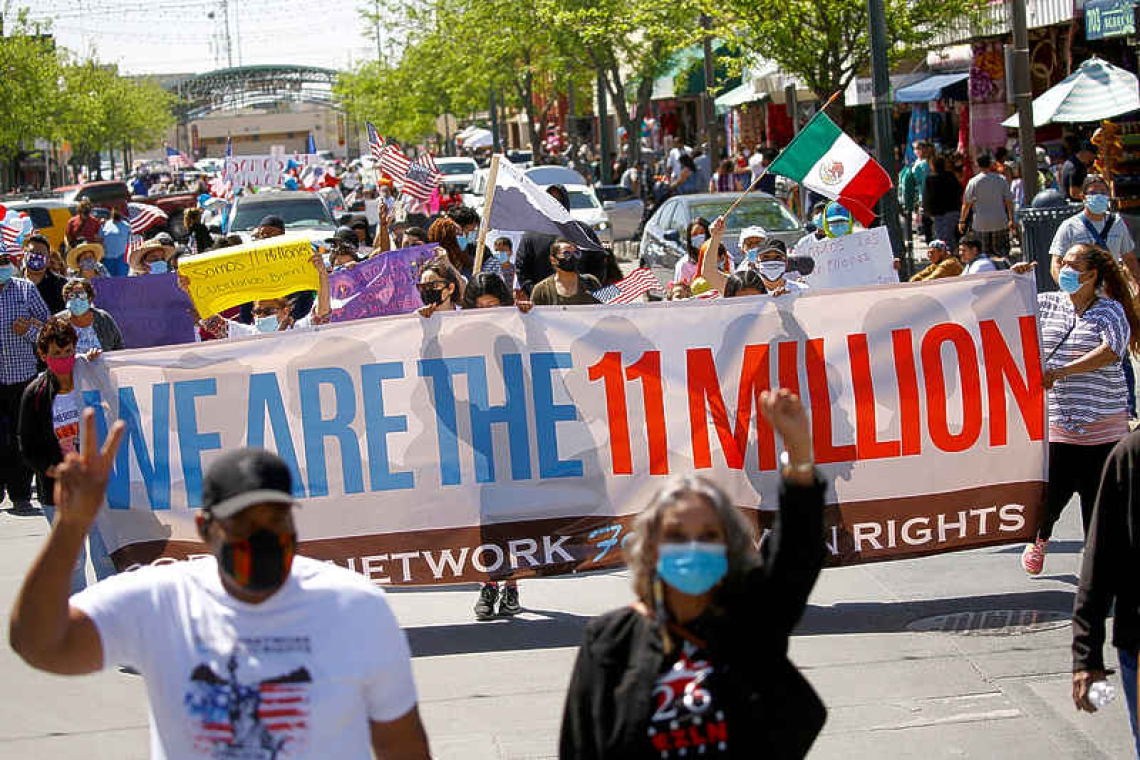 The justices heard about two hours of arguments in the administration's request to overturn a judge's ruling in favour of Texas and Louisiana that halted U.S. Department of Homeland Security (DHS) guidelines narrowing the scope of those who can be targeted by immigration agents for arrest and deportation.
The court's three liberal members generally signalled support for the administration while the six conservatives appeared more divided, with Justice Samuel Alito embracing the arguments made by the states while others posed tough questions to both sides. Some of the questions involved whether the guidelines violated immigration law, whether U.S. District Judge Drew Tipton had the power to void the guidelines as he did in June and whether Texas and Louisiana had suffered any significant harm that gave them legal standing to sue.
The guidelines, part of Biden's recalibration of U.S. immigration policy after the hardline approach taken by his Republican predecessor Donald Trump, prioritized apprehending and deporting non-U.S. citizens who pose a threat to national security, public safety or border security.
The two states, whose Republican attorneys general filed the suit, argued that the guidelines ran counter to provisions in federal immigration law that make it mandatory to detain non-U.S. citizens who have been convicted of certain crimes or have final orders of removal. Biden's administration disagreed. "It's our job to say what the law is, not whether or not it can be possibly implemented or whether there are difficulties there," conservative Chief Justice John Roberts said.
Roberts also labeled as "compelling" the administration's argument that DHS lacks resources to catch and deport all of the roughly 11 million immigrants living in the United States illegally. "It is impossible for the executive to do what you want them to do, right?" Roberts asked Texas Solicitor General Judd Stone, who was arguing for the two states.
"There are never enough resources - or almost never enough resources - to detain every person who should be detained, arrest every person who should be arrested, prosecute every person who has violated the law," conservative Justice Brett Kavanaugh added.
The justices in July voted 5-4 - with conservative Amy Coney Barrett joining the three liberals in dissent - not to block Tipton's ruling halting the guidelines, announced last year by Homeland Security Secretary Alejandro Mayorkas. Mayorkas cited the longstanding practice of government officials exercising discretion to decide who should be subject to deportation and said that most immigrants subject to deportation "have been contributing members of our communities for years."
Republicans have criticized Biden's administration, saying fewer detentions and deportations have encouraged more illegal border crossings. Kevin McCarthy, the top U.S. House of Representatives Republican, last week called on Mayorkas to step down and said the House may try to impeach him when Republicans formally take control of the chamber in January.