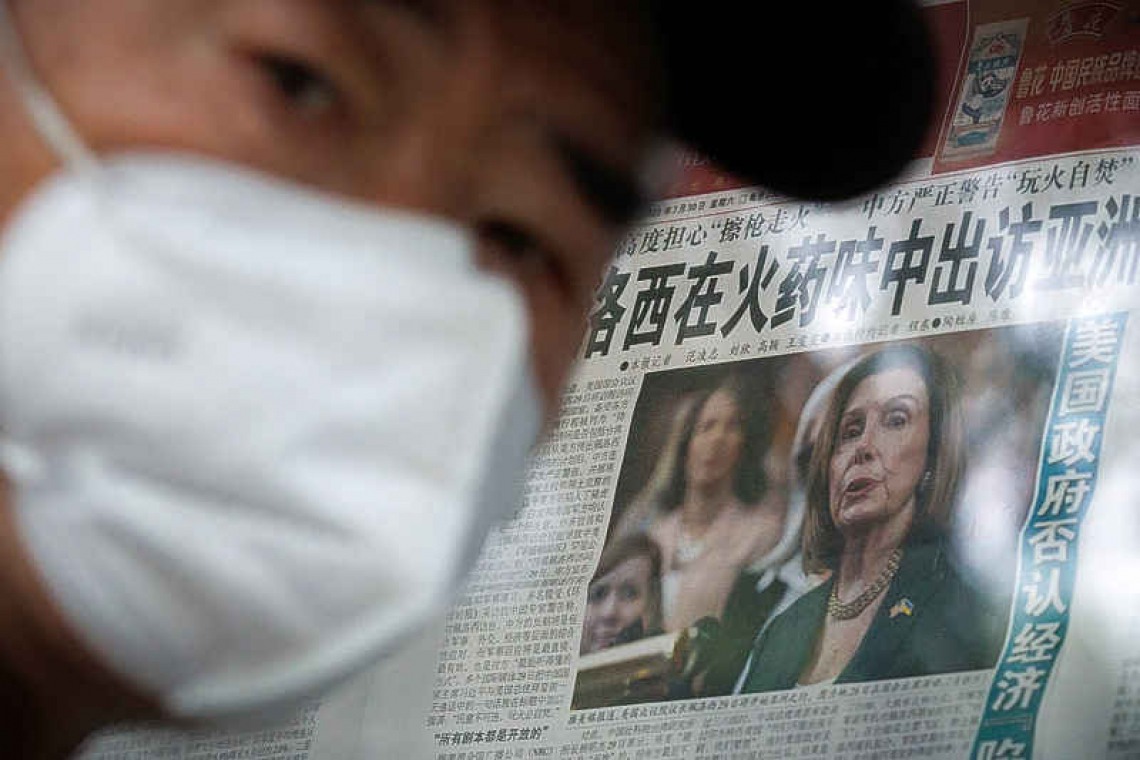 TAIPEI/BEIJING--U.S. House of Representatives Speaker Nancy Pelosi was set to visit Taiwan on Tuesday, three sources said, as the United States said it wouldn't be intimidated by Chinese threats to never "sit idly by" if she made the trip to the self-ruled island claimed by Beijing.

Pelosi, who began an Asia trip earlier on Monday in Singapore, was due to spend Tuesday night in Taiwan, three people briefed on the matter said. Taiwan's foreign ministry said it had no comment on reports of Pelosi's travel plans, but the White House - which wouldn't confirm the trip - said she had the right to go.
China's responses could include firing missiles near Taiwan, large-scale air or naval activities, or further "spurious legal claims" such as Beijing's assertion that the Taiwan Strait is not an international waterway, White House national security spokesman John Kirby told reporters in Washington.
"We will not take the bait or engage in sabre rattling. At the same time, we will not be intimidated," Kirby said.
Amid widespread speculation over whether she would make a stop in Taiwan, Pelosi's office said on Sunday that she was leading a congressional delegation to the region that would include visits to Singapore, Malaysia, South Korea and Japan. It did not mention Taiwan.
One source told Reuters that the United States had informed some allies about Pelosi's visit to Taiwan. Two other sources said Pelosi was scheduled to meet a small group of activists who are outspoken about China's human rights record during her stay in Taiwan, possibly on Wednesday.
Chinese foreign ministry spokesman Zhao Lijian said on Monday that it would be "a gross interference in China's internal affairs" if Pelosi visits Taiwan, and warned that it would lead to "very serious developments and consequences."
"We would like to tell the United States once again that China is standing by, the Chinese People's Liberation Army will never sit idly by, and China will take resolute responses and strong countermeasures to defend its sovereignty and territorial integrity," Zhao told a regular daily briefing.
Asked what kind of measures the PLA might take, Zhao said: "if she dares to go, then let us wait and see."
China views visits by U.S. officials to Taiwan as sending an encouraging signal to the pro-independence camp in the island. Washington does not have official diplomatic ties with Taiwan but is bound by U.S. law to provide the island with the means to defend itself.