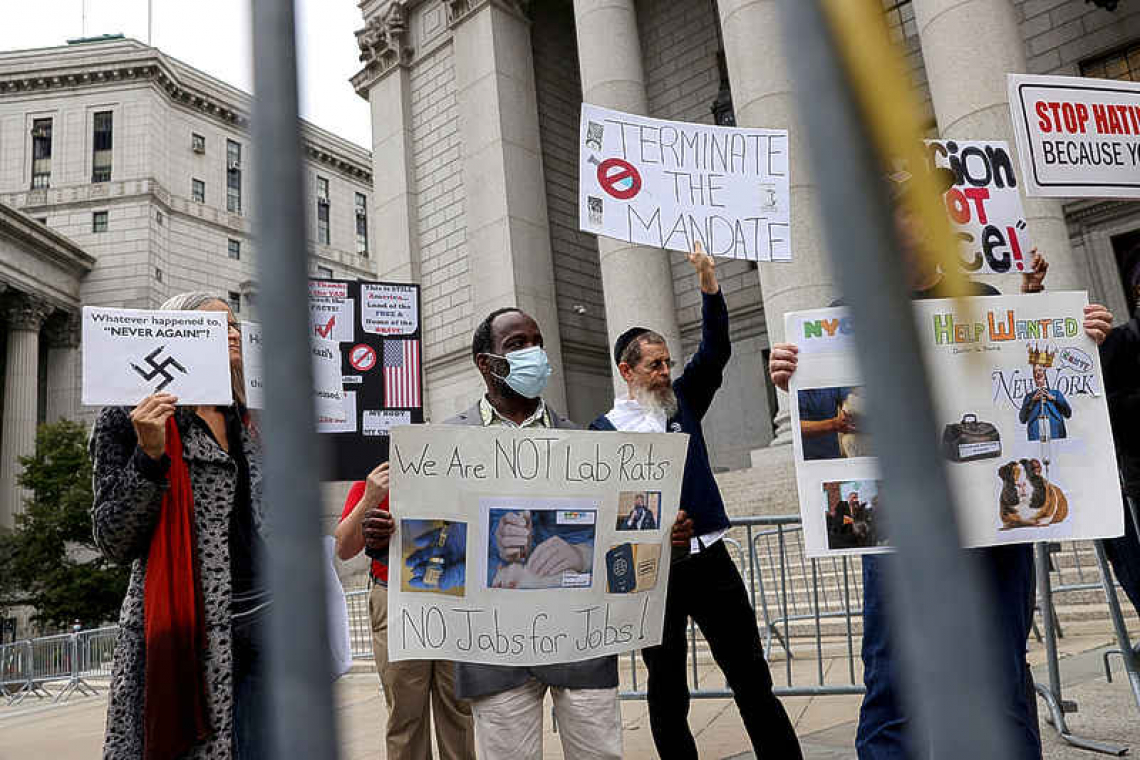 NEW YORK--New York Mayor Bill de Blasio on Wednesday ordered all city employees to show proof of inoculation against COVID-19 or be placed on unpaid leave, drawing criticism from a police union which vowed to fight the mandate in court.

The mayor set a deadline of 5 p.m. on Friday, Oct. 29, for employees to show proof to a supervisor. Seventy-one percent of all 160,000 New York City workers have already received at least one dose, the mayor said.
The rate among the police department, where the virus has killed more than 460 officers, was also about 71% as of Wednesday, NYPD spokesperson Sergeant Edward Riley told Reuters in an email, up from about 47% in August.
"There is no greater privilege than serving the people of New York City, and that privilege comes with a responsibility to keep yourself and your community safe," de Blasio, mayor of the most populous U.S. city, said in a statement.
But Patrick Lynch, president of the Police Benevolent Association representing the city's 50,000 active and retired officers, issued a statement saying they should have the opportunity to choose whether to get the vaccine. "From the beginning of the de Blasio administration‘s haphazard vaccine rollout, we have fought to make the vaccine available to every member who chooses it, while also protecting their right to make that personal medical decision in consultation with their own doctor.
"Now that the city has moved to unilaterally impose a mandate, we will proceed with legal action to protect our members' rights," he said in a statement.
De Blasio cited overtime and redeployments as contingency plans should a large contingent of those officers and other unvaccinated city workers refuse to comply with the mandate.