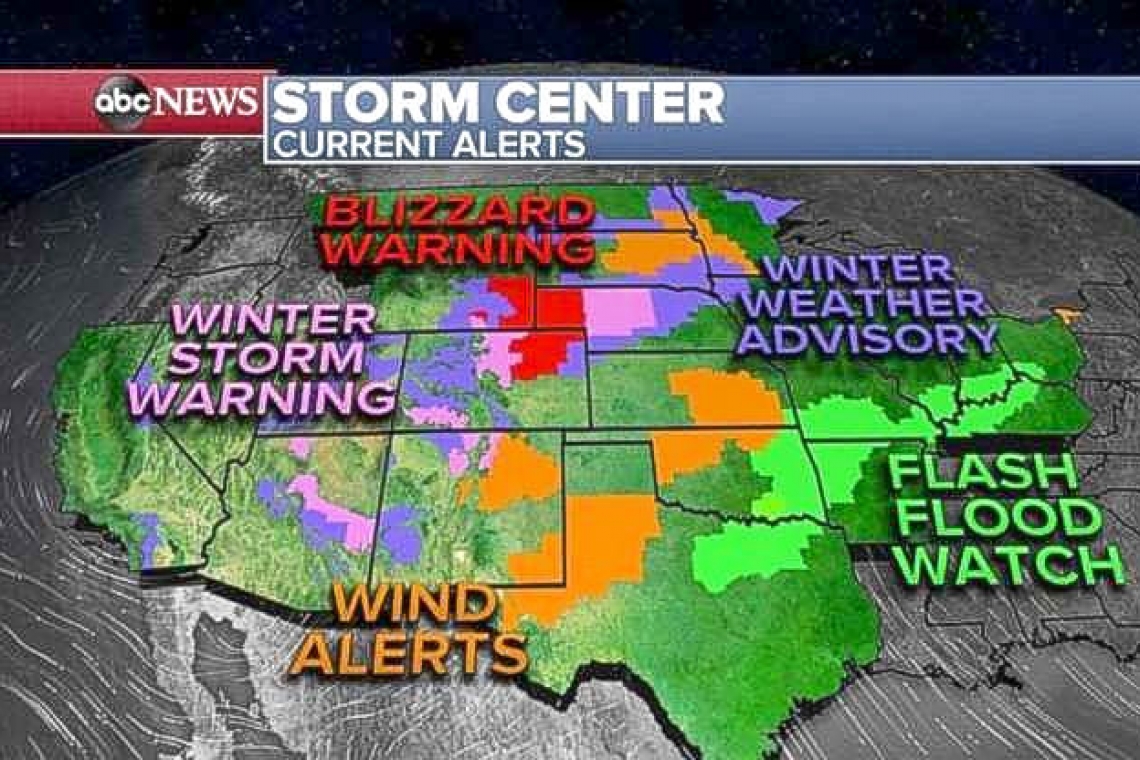 Also, flash flooding has been reported in Oklahoma City overnight with some cars being submerged by the flood water Locally 2 to 3 inches of rain fell in less than one hour producing this flash flooding.

This morning, 22 states from California to Ohio are under flood, snow, high winds and blizzard alerts. As this major storm moves out of the Rockies and into the Plains, already this morning, a Tornado Watch continues for parts of central and western Texas from just west of Dallas down to the Mexican border.

Later today as this storm system moves east, severe storms will spread from Texas into the southern Great Lakes, including Little Rock, Louisville, St. Louis, Des Moines and Chicago. The biggest threat with these storms is damaging winds, large hail and tornadoes with a threat for flash flooding for Ohio and the Tennessee River Valley. By Friday, the storm system will move East and will stretch from the Gulf Coast to the Northeast with a chance for damaging thunderstorms in the Northeast on Friday.

To the north of the severe weather and flooding, heavy snow and strong winds are expected today for Colorado, Wyoming and Nebraska where blizzard conditions are possible with winds gusting to 50 mph.

The heaviest snow will be in Colorado where more than a foot of snow is possible. Denver is under a Winter Storm Warning and the city could see up to 7 inches of snow. Some of the snow will make its way into the Twin Cities tonight and a couple of inches could accumulate later.

The heaviest rain over the next two days will be from Texas into Mississippi and Alabama where locally more than 4 inches of rain is possible.