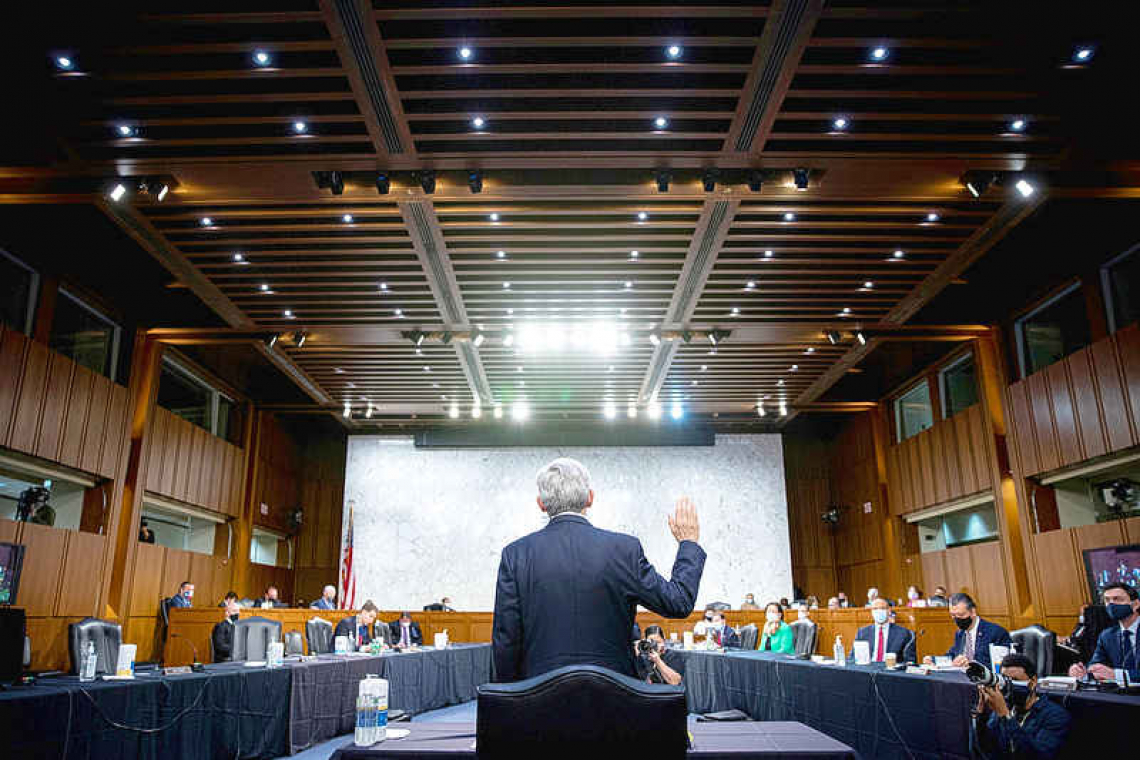 WASHINGTON--President Joe Biden's attorney general nominee, Merrick Garland, vowed on Monday to protect the integrity of the Justice Department from partisan influence, in an effort to restore confidence after President Donald Trump repeatedly sought to bend the department to his will.

Trump, a Republican who lost to Biden in November, for years attacked Justice Department investigations of his 2016 campaign and Russian election interference as a "witch hunt" or a "hoax". Garland, in his confirmation hearing before the Senate Judiciary Committee, also vowed to make the investigation of the Jan. 6 riots at the U.S. Capitol a top priority.
The next attorney general will inherit a few investigations that began during the Trump administration of the origin of those probes and also of Hunter Biden, the new president's son. "I would not have taken this job if I had thought politics would have any influence over prosecutions or investigations," Garland told the panel. "The president has promised that those decisions will only be made by the attorney general, and that is what I plan to do. I do not plan to be interfered with by anyone. I expect the Justice Department will make its own decisions in this regard."
Garland's promises marked a contrast from previous Attorney General William Barr, who was criticized for his willingness to intervene in criminal cases in ways that benefited Trump's political allies, from Michael Flynn to Roger Stone. Garland pledged to sit down with department staff, who have suffered from low morale for the past four years amid partisan attacks and accusations by Trump they were part of a "deep state."
"I want to make clear to the career prosecutors...that my job is to protect them from partisan or other improper motives," Garland said, adding that for now his visits with them will need to be over Zoom due to the pandemic.
Garland, a federal appellate judge and former prosecutor, is widely expected to be confirmed as the nation's top U.S. law enforcement official. He was nominated to lead a Justice Department in the midst of intensive investigations into the Jan. 6 attack on the U.S. Capitol by a mob of Trump supporters - an incident Garland called "heinous."
Some of the more than 200 people arrested in the siege were associated with groups such as the Oath Keepers and Proud Boys, underscoring rising concern about future violence from right-wing extremists. Garland has experience in tackling such threats, having managed the sprawling investigation into the 1995 Oklahoma City bombing by anti-government extremists and supervising the prosecution of the so-called Unabomber Theodore Kaczynski after a deadly bombing spree.