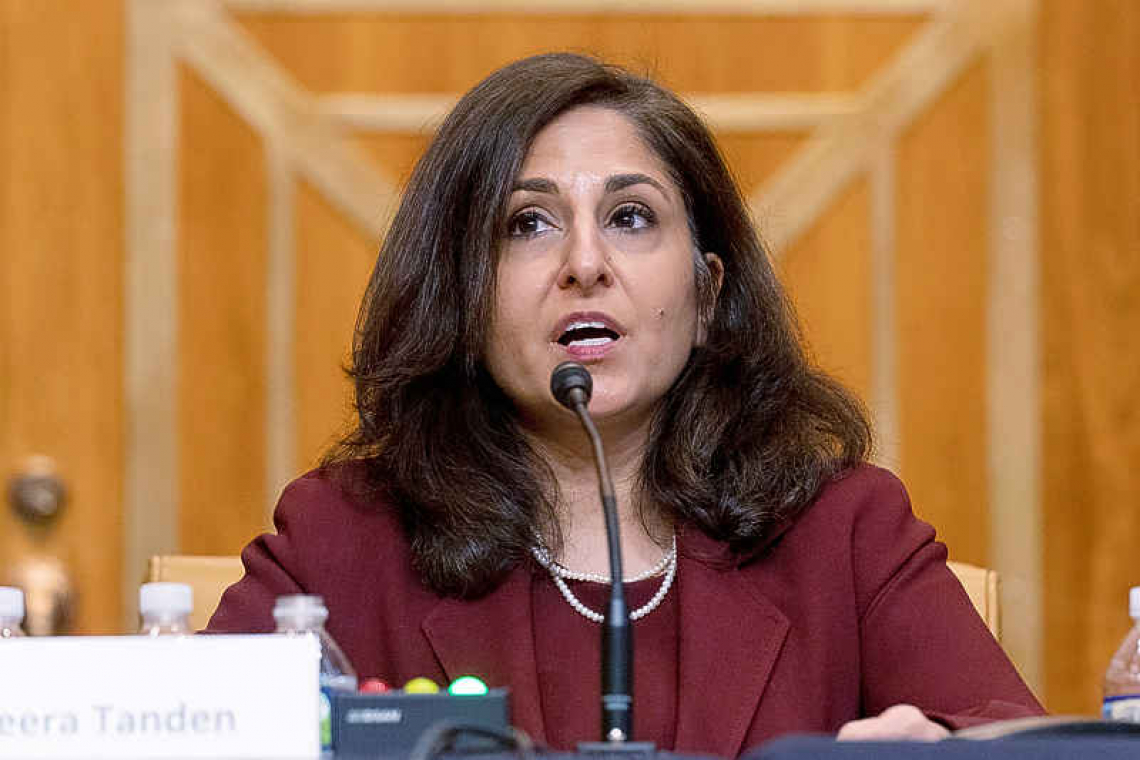 WASHINGTON--President Joe Biden's nomination of Neera Tanden to lead the Office of Management and Budget edged toward collapse on Monday as two moderate Republicans seen as potential "yes" votes became "no's" because of her past harsh comments on social media.

Senators Susan Collins and Mitt Romney both cited concerns that Tanden, 50, would be too divisive to lead the agency responsible for managing the $4 trillion federal budget.
With the Senate divided 50-50 between the Republican and Democratic caucuses, Tanden will need the support of at least one Republican to win confirmation in the Senate. A moderate Democrat, Senator Joe Manchin, said on Friday he would not vote for her.
"Neera Tanden has neither the experience nor the temperament to lead this critical agency. Her past actions have demonstrated exactly the kind of animosity that President Biden has pledged to transcend," Collins said in a statement.
A Romney spokeswoman said he was also opposed. "He believes it’s hard to return to comity and respect with a nominee who has issued a thousand mean tweets," she said.
Biden, a Democrat, still supports Tanden. White House spokeswoman Jen Psaki said the administration still saw a path toward her confirmation. "We'll continue to work in supporting her nomination," she told a news briefing.
Tanden would be the first high-profile Biden nominee to be rejected. The Senate has so far confirmed seven of his top nominees with bipartisan support.
The confirmation fight underscored the influence moderates will have as Biden works with the narrowly divided Congress. Two other Republicans who are not running for re-election and had been considered possible yes votes for Tanden, Senators Rob Portman and Pat Toomey, also said on Monday they would oppose her nomination.
Tanden's advocates have scoffed at concerns about her comments from her opponents, noting near-unanimous Republican backing for former President Donald Trump. The former president was accused of inciting a deadly attack on the U.S. Capitol, partly via inflammatory comments on Twitter. He also was known for blasting opponents - both Democrats and Republicans, but particularly women - as "nasty" or criminals who should be locked up.
An Indian American who would be the first woman of colour to lead the agency, Tanden is a veteran of the administrations of former Democratic Presidents Bill Clinton and Barack Obama. She currently runs the liberal Center for American Progress think tank.
She apologized for her past comments during her two confirmation hearings, vowing to work with Republicans if confirmed to lead the OMB.