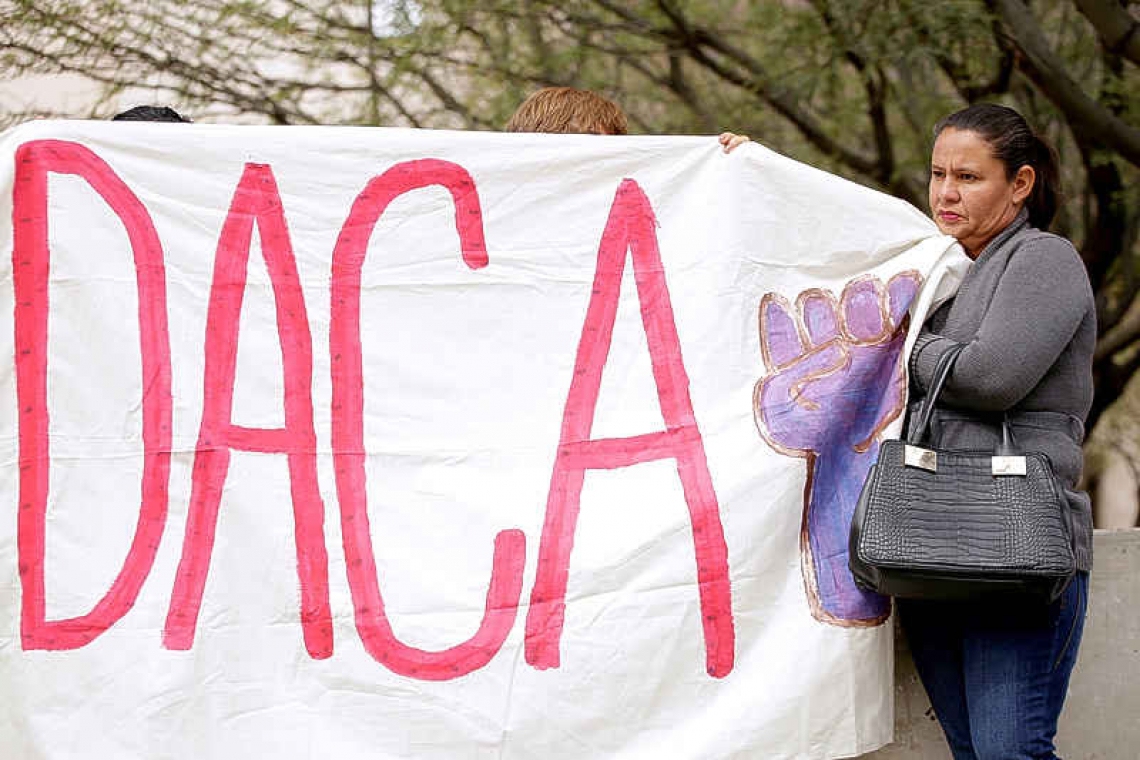 WASHINGTON--President Joe Biden on Saturday vowed to preserve a programme that protects from deportation hundreds of thousands of immigrants brought to the United States as children, promising to appeal a judge's "deeply disappointing" ruling invalidating it and urging Congress to provide them a path to citizenship.

U.S. District Judge Andrew Hanen on Friday ruled in favour of a group of states led by Republican-governed Texas that sued to end the Deferred Action for Childhood Arrivals (DACA) programme. Hanen concluded that Democratic former President Barack Obama exceeded his powers when he created DACA in 2012 by executive action, bypassing Congress.
People protected under DACA are often called "Dreamers," based on the name of a proposed immigration overhaul that failed to pass Congress.
Biden said in a statement that the Justice Department will appeal Hanen's ruling. The Democratic president also said the Department of Homeland Security, which oversees immigration issues, will soon issue a new regulation intended to strengthen DACA's legal standing.
Hanen, a Texas-based judge appointed by Republican former President George W. Bush, found that DACA violated a federal law called the Administrative Procedure Act when it was created. Hanen said that because large numbers of people are enrolled in the programme - nearly 650,000 - his ruling would be put on hold temporarily, but suspended new DACA applications.
"Yesterday's federal court ruling is deeply disappointing," Biden said. "While the court's order does not now affect current DACA recipients, this decision nonetheless relegates hundreds of thousands of young immigrants to an uncertain future."
"But only Congress can ensure a permanent solution by granting a path to citizenship for Dreamers that will provide the certainty and stability that these young people need and deserve," added Biden, who was vice president when Obama created DACA.
The road to congressional action is complicated. Democrats control the Senate and House of Representatives by slim margins. The 100-seat Senate, which under a rule called the filibuster requires 60 votes to advance most legislation, is split 50-50, with Democrats in charge only because Vice President Kamala Harris wields a tie-breaking vote.
Democrats are expected to include a pathway to citizenship for Dreamers in a $3.5 trillion spending package that could pass the Senate by a simple majority under a procedure called reconciliation. "It is my fervent hope that through reconciliation or other means, Congress will finally provide security to all Dreamers, who have lived too long in fear," Biden added.
Homeland Security Secretary Alejandro Mayorkas said Hanen's ruling would not derail the Biden administration's efforts to protect Dreamers from deportation. "DHS remains focused on safeguarding DACA," Mayorkas said in a statement, adding that his department will continue to process DACA renewal requests "consistent with the ruling."
Obama created DACA to protect young immigrants who had lived in the United States illegally after being brought into the country as children. He acted after bipartisan immigration legislation called the DREAM Act failed to pass Congress.
DACA protects recipients from deportation, grants them work authorization and access to driver's licenses, and in some cases better access to financial aid for education. It does not provide a path to citizenship. People protected under DACA primarily are young Hispanic adults born in Mexico and other Latin American countries.
Republican former President Donald Trump, who took a hard line toward immigration, sought to rescind DACA in 2017, but the U.S. Supreme Court last year blocked his move as unlawfully "arbitrary and capricious."
Senate Majority Leader Chuck Schumer plans an early test for the reconciliation approach on Wednesday, trying to gather united Democratic support. "We can't let the future of #DACA recipients hang in the balance. The time to act is now. This Senate will work to provide a pathway to citizenship for our Dreamers," Schumer wrote on Twitter on Friday.