Biden mandates COVID-19 shots, tests across the board 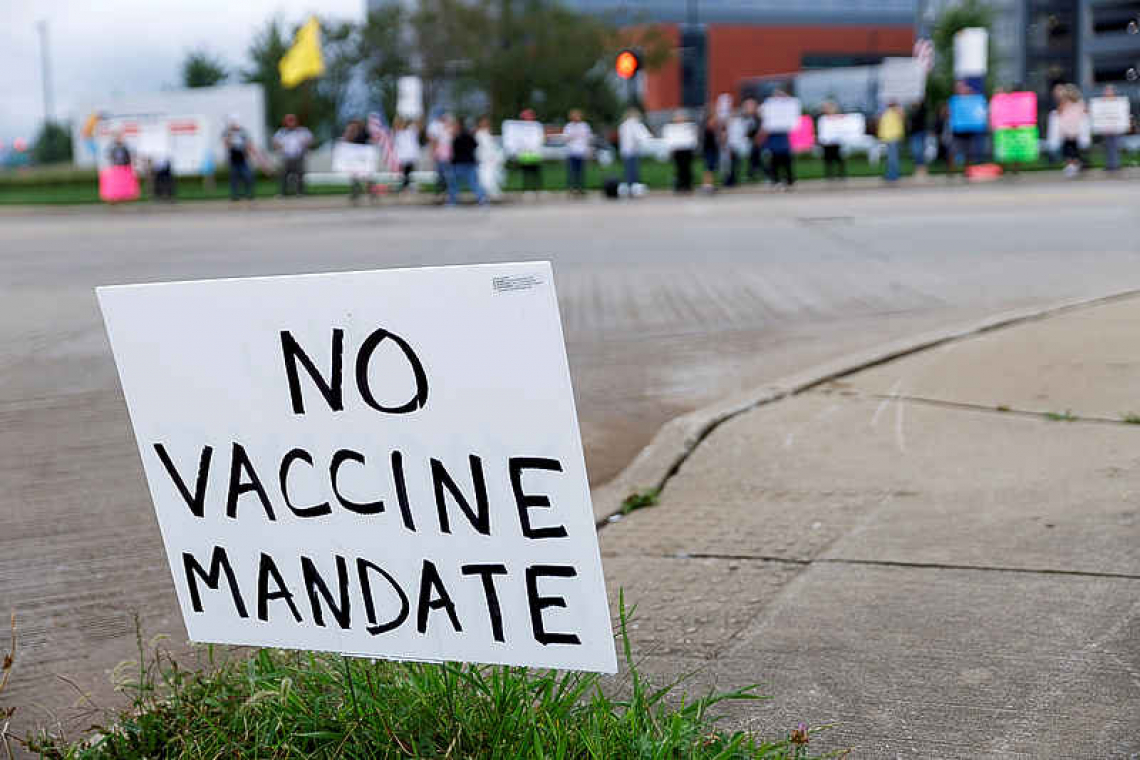 WASHINGTON--President Joe Biden took aim on Thursday at vaccine resistance in America, announcing policies requiring most federal employees to get COVID-19 vaccinations and pushing large employers to have their workers inoculated or tested weekly.

The new measures, which Biden laid out in remarks from the White House, would apply to about two-thirds of all U.S. employees, those who work for businesses with more than 100 workers.
"We've been patient," Biden told the tens of millions of Americans who have declined to get coronavirus shots. "But our patience is wearing thin, and your refusal has cost all of us."
Taken together, the policies and speech represented Biden's most aggressive steps yet to prod Americans resistant to getting shots as the fast-spreading Delta variant sparks a new wave of sickness and death. The surge has posed increased risk not just to the country but to a president who ran on promises to get control of the pandemic. Biden's approval ratings have sagged since he said in July the United States was "closer than ever to declaring our independence from a deadly virus."
Biden's latest moves are expected to be the subject of political and legal challenges. Despite a full-throttled campaign by the Biden administration urging Americans to get the free and widely available vaccines, just over 62% of eligible Americans are fully vaccinated, according to the U.S. Centers for Disease Control and Prevention. On Thursday, Biden warned that "we're in a tough stretch and it could last for a while."
Infectious disease and health policy experts said the mandates are unlikely to significantly change infection rates quickly. Still, they would help against potential future waves of the virus, reducing deaths and hospitalizations and alleviating the stress on the healthcare system, said Georgetown University's Dr. Jesse Goodman, a former chief scientist at the U.S. Food and Drug Administration.
"It's absolutely the right thing to do," he said. "Ideally everyone would have been vaccinated already."
In a televised speech running a bit under half an hour, the Democratic president accused "a distinct minority of elected officials" who have resisted mask and vaccine mandates on freedom-of-choice and economic grounds as "making people sick."
The White House COVID-19 recovery plan was based on the vast majority of eligible Americans being vaccinated this year. But the public health issue has become politicized, with a vocal minority refusing the shots and mask mandates.