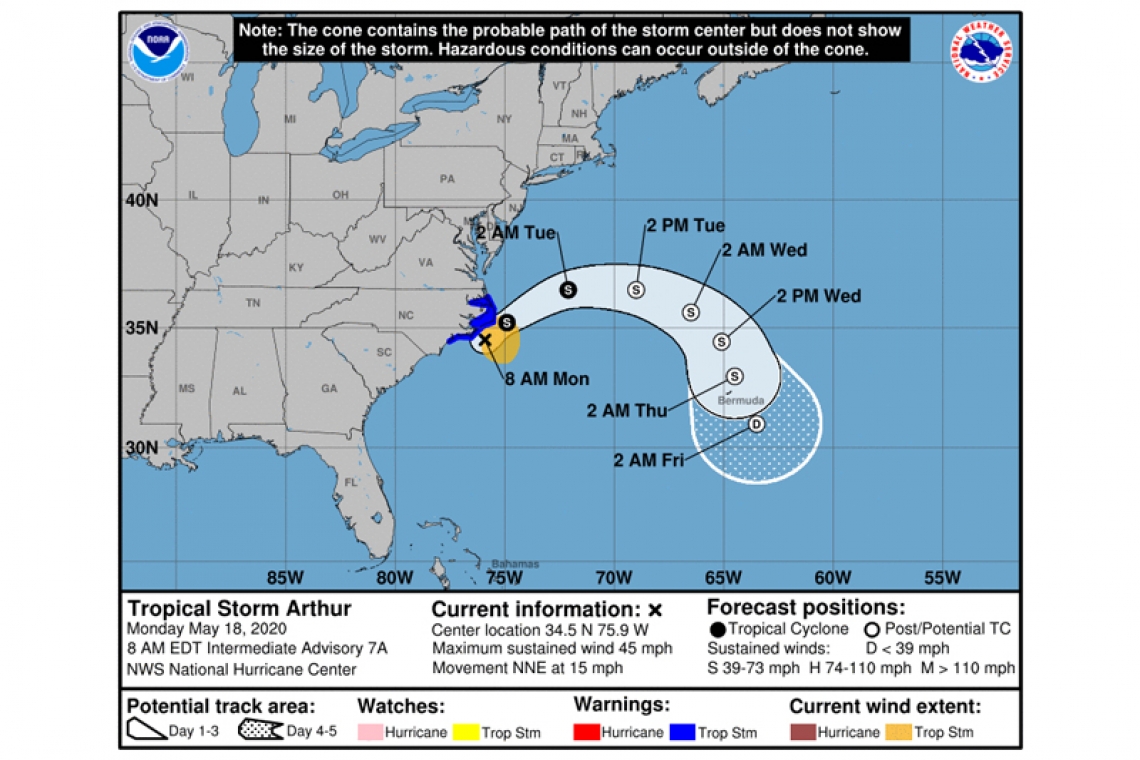 At 800 AM EDT (1200 UTC), the center of Tropical Storm Arthur was located near latitude 34.5 North, longitude 75.9 West. Arthur is moving toward the north-northeast near 15 mph (24 km/h). A turn toward the northeast with an increase in forward speed is expected later today, followed by a turn toward the east on Tuesday. On the forecast track, the center of Arthur will approach the coast of North Carolina during the next few hours, and then move near or just east of the coast of North Carolina later today. Arthur is then forecast to turn away from the east coast of the United States tonight and Tuesday.

Maximum sustained winds are near 45 mph (75 km/h) with higher gusts. While some strengthening is forecast during the next 48 hours, Arthur is likely to lose its tropical characteristics on Tuesday.

Tropical-storm-force winds extend outward up to 90 miles (150 km) mainly to the east of the center. NOAA buoy 41025 located about 20 miles (30 km) south-southeast of Cape Hatteras, North Carolina, has recently reported a wind gust to 43 mph (69 km/h).

RAINFALL: Arthur is expected to produce total rain accumulations of 1 to 3 inches over coastal North Carolina through this afternoon, with isolated maximum amounts of 5 inches.

SURF:  Swells generated by Arthur are affecting portions of the southeast U.S. coast and are expected to spread northward along the U.S. mid-Atlantic coast during the next day or so. These swells could cause life-threatening surf and rip current conditions. Please consult products from your local weather office.