Wilson Sanon off to Junior Tour of Martinique after Guadeloupe 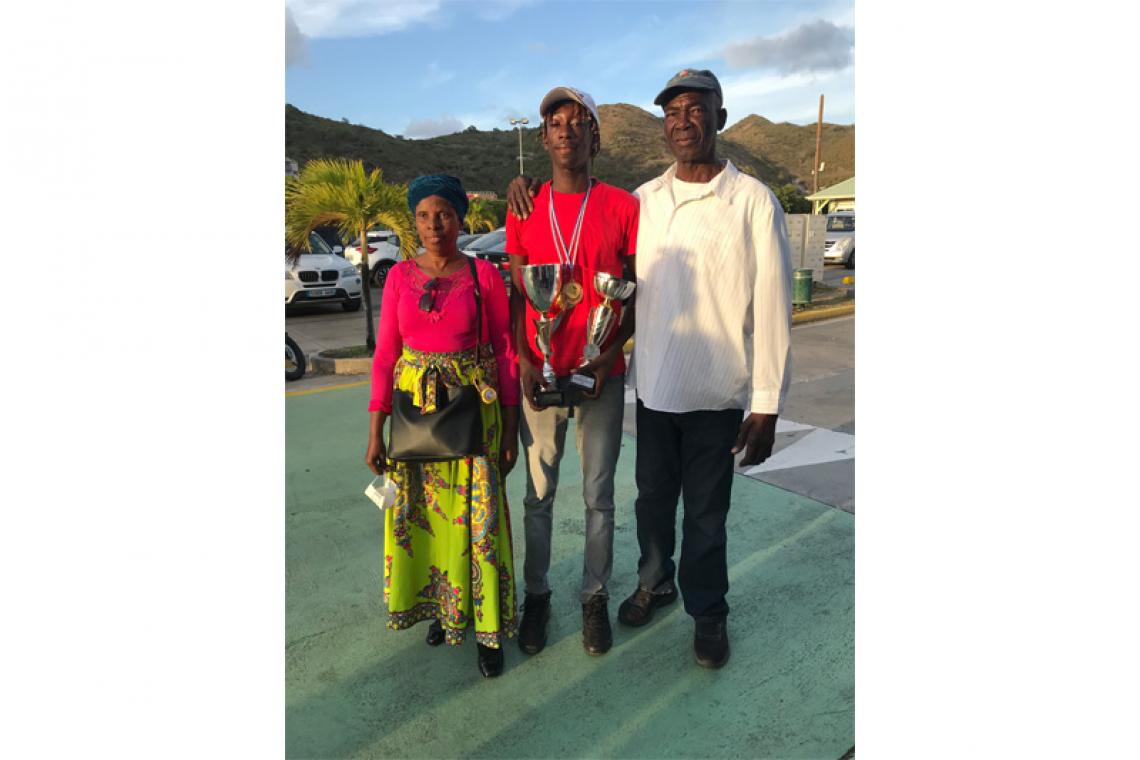 MARIGOT—St. Martin cyclist Wilson Sanon will be hoping to replicate his superb performance in Guadeloupe last week when he departs for the Junior Tour of Martinique on Wednesday where he will ride for his Excelsior Club.

Sanon (17) returned from Guadeloupe on Sunday and was given an enthusiastic welcome from family, friends and media at Grand Case Airport.
He earned the Best Young Rider accolade at the Denis Manette Memorial Race in Guadeloupe over the Easter holiday after winning the Juniors category (33 riders). He was sixth overall in the Under 23 category and finished in 22nd place in the overall classification out of 112 riders.
His best result was a third-place finish in the third stage, a 113K ride from Morne a L’Eau to Anse Bertand, in 2:47:20 beating many senior riders.
The six-stage race began on April 14 with a 20K time trial and finished on April 18, covering about 570 kilometres. It consisted of four stages and two time-trials with the last stage a punishing 160K. In the first time-trial he finished 17th overall, a fantastic achievement given everyone was riding together, seniors and juniors.
“He’s doing really well,” acknowledged his Coach Edmond Cocks. “This race in Guadeloupe was the biggest one he’s entered to date. Wilson’s speciality is as a time triallist and a climber. He was the St. Martin time trial champion last year and road race champion.
“Last year he didn’t even have a time trial bike and he still won, and now he has one. His other achievements were winning three races in Anguilla, including the John T Memorial race. And in 2020 in Guadeloupe, he won the Cadet title and two other races that year, the only young rider to win three races in one year in Guadeloupe.”
President of Association Sportif, Culturelle et Entrainement St. Martinoise (ASCESM) Rigobert Benjamin, has done much to assist Coach Cocks in facilitating Wilson’s rapid progress in the sport.
“At the level Wilson is now, it would be unfair to keep him in St. Martin so his license with Excelsior in Guadeloupe is his best option right now,” said Benjamin. “My objective is to help Wilson excel. When I met Edmond and Wilson no one was helping them then.”
Benjamin disclosed he recently talked with a club in Marseille, France, that could turn out to be a possible move for Wilson to accelerate his cycling career. However, he said it would be up to Excelsior to find a club for him to move to first, if not the Marseille club could be on the cards.
“Wilson’s level is way too good, even for Guadeloupe. He’s a junior riding at a premier category level, and you don’t see that too often,” Benjamin said.