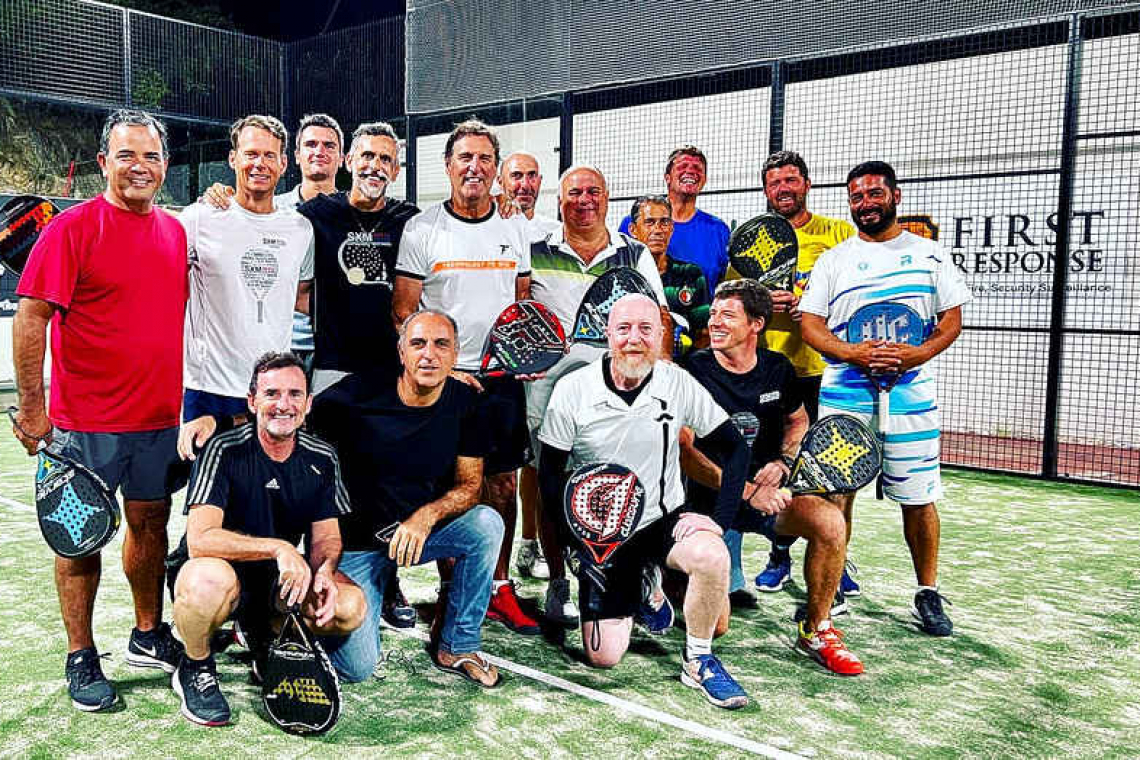 BELAIR – St. Maarten will be one of the four places in the world where the International Senior Padel Tennis tournament will take place in 2022.  The other destinations selected were Ecuador, Chile, and El Salvador.

Last month after participating in the International Padel Federation Senior World Championship in Las Vegas Roque Roasio (founder of the International Senior Tour), and Jorge Roldan who were semi-finalists (representing Argentina) on the event visited the facilities of the SXM Padel Club in Belair.
The tournament is slated to take place December 1 to 4 of this year.  Players from Europe and the Americas will participate.  “We hope similar to the history of the Heineken Regatta this event will grow year after year making St. Maarten a place where tournament participants will look forward to come to close the season’” said Ricardo Perez one of the principals of the SXM Padel Club.
In addition to the site inspection, Roasio, and Roldan provided exhibition games and professional clinics to some of the medium and advance players of the local Padel Tennis Club.
“it is an honour for us to have Mr. Roasio and Roldan in St. Maarten sharing their knowledge and experience with some of our players.  Especially when both have been involved in the Padel Tennis industry since its inception and both have trained many professionals that are currently participating in the professional circuit of the World Padel Tour like Mr. Sanyo Gutierrez currently ranked number 6 in the world,” said Perez.
Padel Tennis beginning in Mexico, has grown to have over 8 million players globally.
The ISPT was founded in 2018 by Roasio.  In Europe 23 countries belong to this Senior Tour.  Tournaments have taken place in Netherlands, Belgium, Spain, Portugal, France, Sweden, Greece, Austria, Italy, Brazil, Uruguay and Argentina.  The circuits is now expanding to the Americas.
SXM Padel Club since opening its doors has seen a constant flow of tourists and residents of all levels playing day and night 7 days per week.