No medals for St. Maarten CARIFTA participants but lessons learned 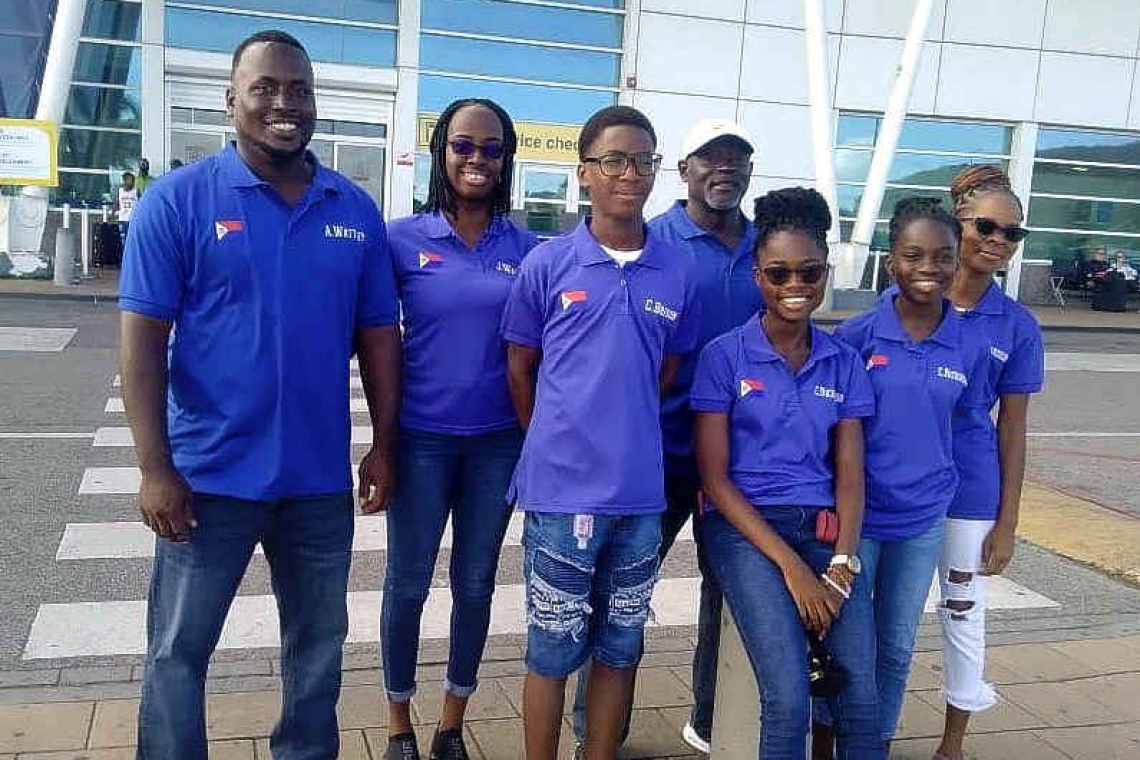 At the CARIFTA Games, Richardson competed in the U-17 100m and 200m and Brison in the U-17 1500m and 3000m.
In the 100m heat, Richardson placed 5th with a time of 12.56s which allowed her to move on to the semi- finals later in the afternoon. In the semi-final, her time improved to 12.44s but unfortunately it was not fast enough for her to advance to the final. However, Richardson made history; in that, this is the first time since the separation of the Netherlands Antilles a female athlete from St. Maarten has made it to the semi-finals in the 100m sprint in an athletic meet.
She was disqualified in the 200m because of a false start, which was highly debated on Sports Max. It was debated because a horn in the crowd sounded during the set position.
Brison clocked 3:44.26 in 1500m finals. In the 3000m, his time was 10.34.26. He placed 8th and 5th respectively. The 13-year old did not medal but his performance caught the attention of two schools in Jamaica; Calabar High and St. Jago High. Negotiations with the parents of Brison and the schools in Jamaica will take place in the coming weeks.
Head Coach Wattley was full of praise for the participants, “The athletes did extremely well for their first time competing at the Carifta level which is the Junior Olympics of the Caribbean. Both athletes ran their personal best in their events and got the exposure and much needed experience so they can be elevated to the next level.” said the satisfied coach.
The top performing countries were Jamaica which captured 45 gold out of its 92 medals. The Bahamas finished second with four golds and 17 medals and the British Virgin Islands in third with four golds and 11 total medals.
Making the trip possible were Minister of Sports; Rodolphe Samuel and Director of Sport; Jonelle Richardson for assisting through the Government of St. Maarten and the Road Runners.
The next event for the club will be Martinique to participate in the Friendship Games on May 28.