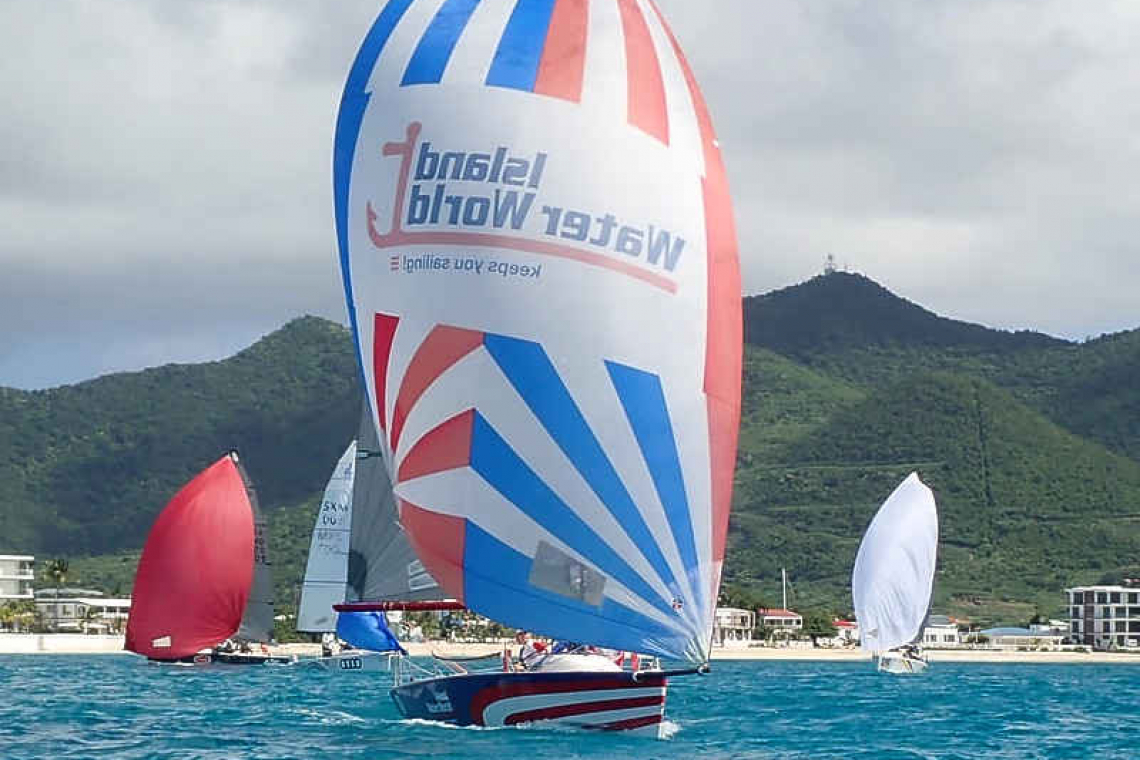 Second was Kick em Jenny with Ryan Hope Ross at the helm with a team of younger sailors. Franny, the J70 sailed by Garth Steyn took third place and Caraibes Diesel sailed by Erwan le Normand the fourth place
Jan v d Eynden on Wanna Be missed the first two races but then took a 3rd and 4th in the final two races, reminding all of the potential of this boat in the lighter and medium winds.
A new addition to the fleet was “Elena” a Archambault 22 that turned out to have a high-quality sail wardrobe and could be a good competitor in the future.
In the smaller of the two clasess, Ian Martin sailing a Sunfast 20 was clearly the fastest on Simpson Bay. Robbie Ferron and Petro Jonker followed in his wake for all the races.
The race officer was Ernst Looser and the timing was done by Corinne Draesner, Clenda Pecht and Carin Adelstein. Marklaying was done by Maarten Persenaire.
For the next two weeks the yacht clubs’ activities switch to the Grant Thornton Dinghy Championship with the Aberson series taking place on the following two Saturday afternoons  with races starting at 2:00 pm each Saturday afternoon. This new series is named after the late Dr Rob Aberson, a medical doctor who served Sint Maarten well and on the racecourse was known for his sportsmanship.
In December a replacement regatta will be held for the annual “La Course d’Alliance”.  This regatta normally went from Simpson Bay to St. Barths, Anguilla and back but for this year it will be reduced to two days and will switch the two destinations for the territory Oyster Pond. This will avoid the complications of border crossing.