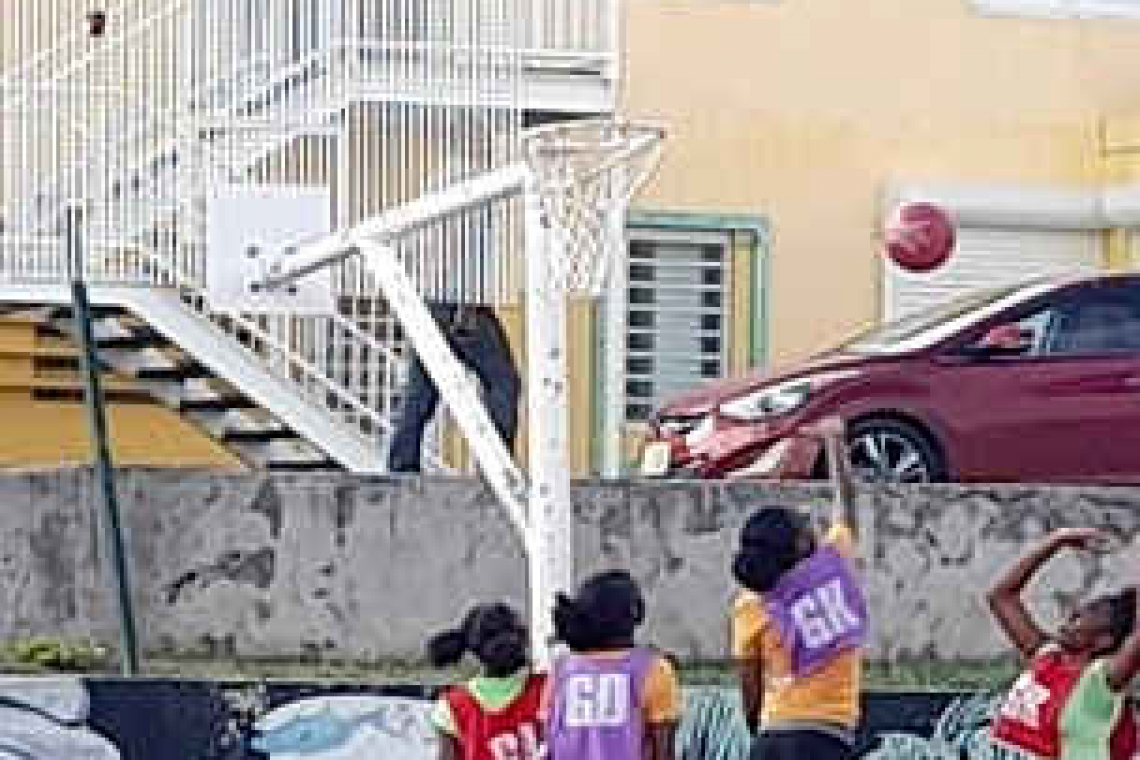 St. Peters--Dutch Quarter, St. peters and Cay Hill emerged as the winners in the third week of play in the St. Maarten Netball Association Community League at the St. Peters Basketball court Sunday.

Simpson Bay 7 - St. Peters 29
In the 2nd scheduled match both St. Peters and Simpson Bay came out eager to win their second match of the tournament. Both teams had 1 win and 1 loss. It was St. Peters who had the fortitude from the first center pass. They dominated the match with a strong defense combined with a stronger offensive. Quarter by quarter St. Peters outscored Simpson Bay by at least 5 goals. St. Peters’s Natasha Busby scored 21 and Shervanna Diedrick 8 points. Simpson Bay’s Melissa Hardy scored 7 points while her team mate Liana Brown scored 1 point.

Cay Hill 23 – Middle Region 20
In the last match of the day Cayhill and Middle Region met. Both teams were hungry for their 2nd win of the tournament. It was a very exciting game and both teams played very well from the onset not wanting to give an inch. Each quarter was a back and forth with each team scoring in response of the others goal. A real point for point battle. Cayhill every quarter kept the lead. Middle Region only outscored Cayhill in the 3rd quarter 6 -4, but every other quarter Cayhill always had the edge over them. Kalissa Etinof and Azareah Bontiff of Cayhill each scored respectively 12 and 11 points. Middle Region’s Ariel Goberdhan, Ashley Lake and Lean Ford combined to scored respectively 10 and 5 points each.

Standing Netball Community League
After three match days the standings are as follows: Dutch Quarter is in a solid first place with three wins 15 points followed by St. Peters and Cayhill tied with 12 points with 2 wins and 1 loss. Based on the points ratio St. Peters is in 2nd place followed by Cayhill. Simpson Bay and Middle region both have 9 points from 1 win and 2 losses. Simpson Bay based on points ration take the 4th place and closing the lineup is Cole Bay with three points from 3 loss and zero wins.