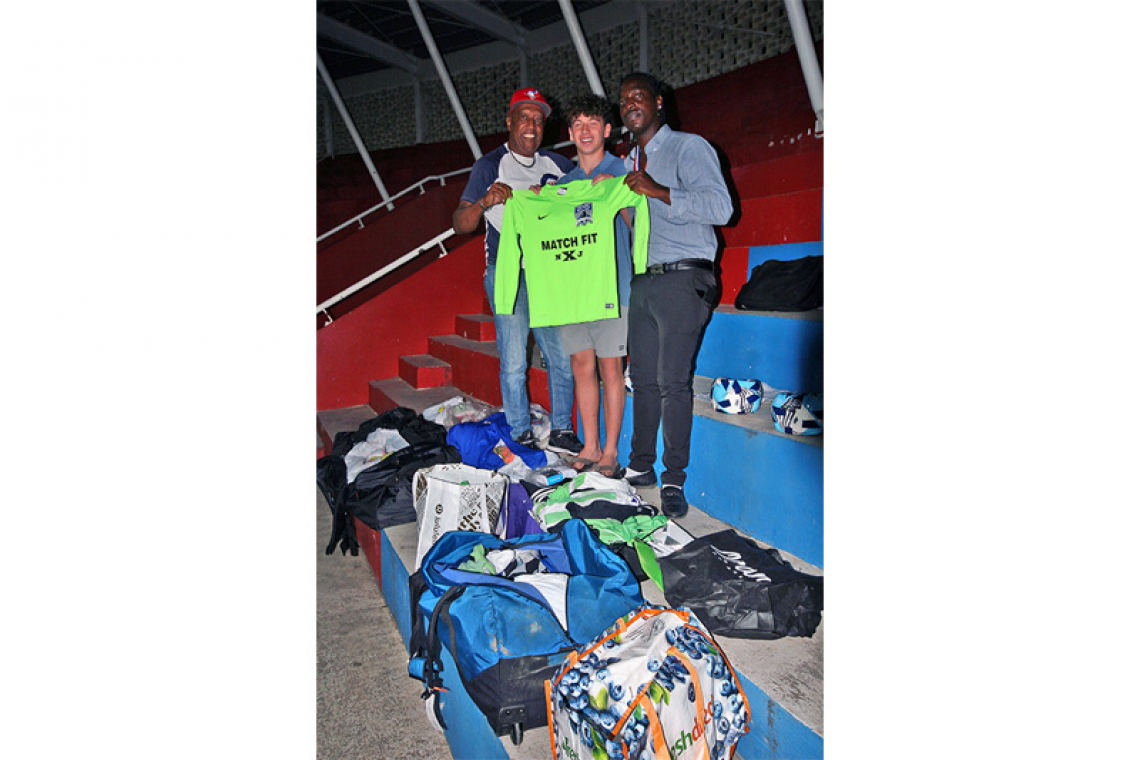 Since his birth, Jacob Brown (16) has come to St. Martin every year with his parents. The island, and the people he has got to know well for the entire time he has been coming here have brought him a lot of happiness, he says.

Also, after Hurricane Irma, when he saw how it had negatively affected the island, he wanted to bring some happiness to the territory. This was an opportunity to donate sports equipment to a club on the Dutch side.

Brown, a player on the PSA Monmouth and Rumson soccer team at Fair Haven High School Varsity in New Jersey, was busy collecting equipment to donate to another St. Maarten organisation. But after seeing the young people of the SXM Sport Movement association play at a competition, his choice was made.

On Thursday, December 23, Jacob handed over all the equipment to Julius Richardson, President of SXM Sport Movement, and to Yigui Santana, who coaches the youth of the association's baseball team.

The majority of the people who participated in the donation drive are members of the soccer team, but also residents of the town of Fair Haven. New or little used equipment, with an estimated value of about US$3,000, was collected, with the participation of the municipality of Fair Haven, which also offered equipment.

SXM Sport Movement Association thanks the donors of the town of Fair Haven, and particularly the young Jacob Brown who is the instigator of this donation.