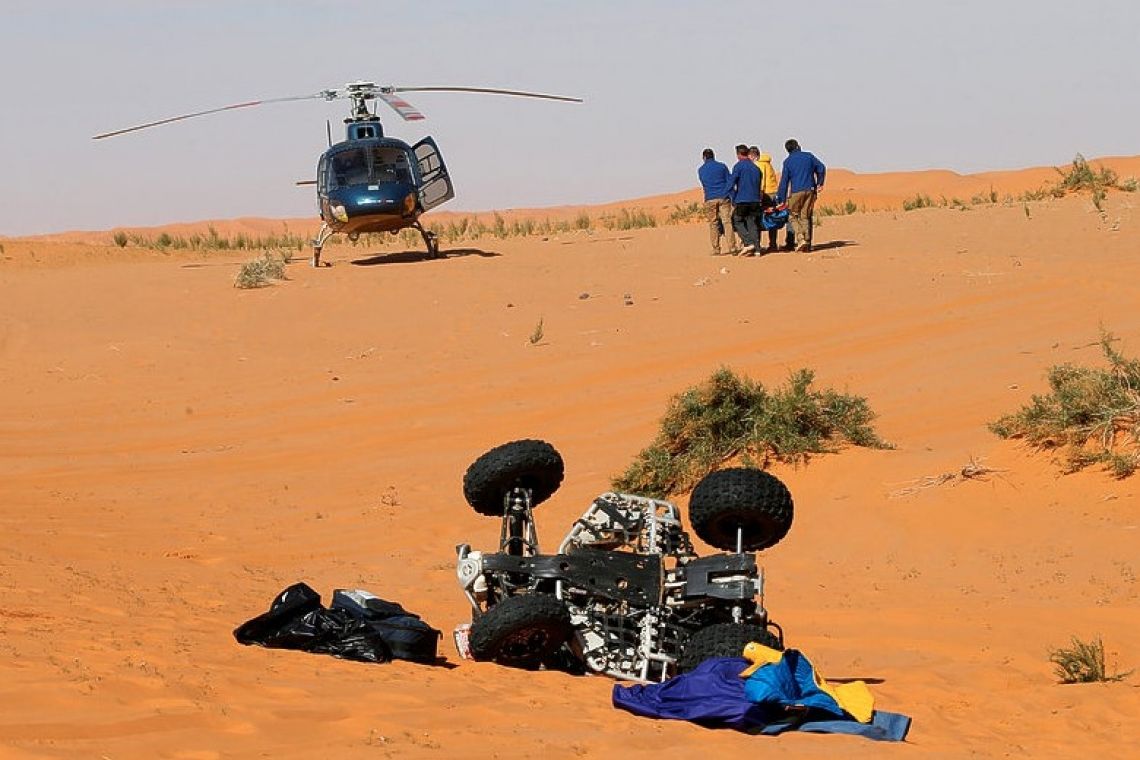 SAUDI ARABIA -- Stephane Peterhansel won the sixth stage of the Dakar Rally on Friday, with Spaniard Carlos Sainz looking forward to a rest day in Riyadh after stretching his overall lead to almost eight minutes.

Sainz, a two times Dakar winner whose namesake son competes in Formula One for McLaren, led Toyota's defending champion Nasser al-Attiyah by seven minutes and 48 seconds after the 477km special stage from Ha'il.
Friday was a Mini buggy one-two over the Saudi Arabian dunes, Sainz one minute 33 seconds slower than team mate and 13 times winner 'Mr Dakar' Peterhansel, with Qatari al-Attiyah third.
"Today I think opening the road again wasn't easy so I'm happy to arrive here in this position," said Sainz.
"Some parts were very fast... fast crossing of dunes, with a little bit of off-piste sometimes and then sometimes sandy tracks. It was difficult. I need the rest day now."
French veteran Peterhansel remained third overall, 16 minutes and 20 seconds off the lead, with Saudi Arabia's Yazeed al-Rajhi fourth in a Toyota.
Al-Attiyah said he was going as fast as he could but the Mini buggies were quicker in the conditions.
Peterhansel's stage win was the fourth in a row by an X-Raid Mini driver.
"What can we do? This is a new Dakar and I think we need to do a really good job. We’ve finished the first week without any problems and I’m quite happy. We’ll see next week," said the Qatari.
The rally, staged entirely in Saudi Arabia, is being held in the Middle East for the first time after more than a decade in South America following a departure from its Paris-Dakar African origins.
Two times Formula One world champion Fernando Alonso, driving a Toyota, was sixth on the day and 16th overall in another strong showing after the setback of losing two and half hours on the second stage.
In the motorcycle category, American Ricky Brabec won the stage to stretch his overall lead to nearly 21 minutes over Chilean Pablo Quintanilla.
The truck category will have a new champion after Russian Eduard Nikolaev, winner for the past three years, retired his Kamaz with mechanical problems.
Compatriot and team mate Andrey Karginov leads Anton Shibalov in another Kamaz by 19 minutes.
The rally resumes on Sunday with a 546km special stage to Wadi ad-Dawasri.