Halep battles past Swiatek to set up Serena showdown 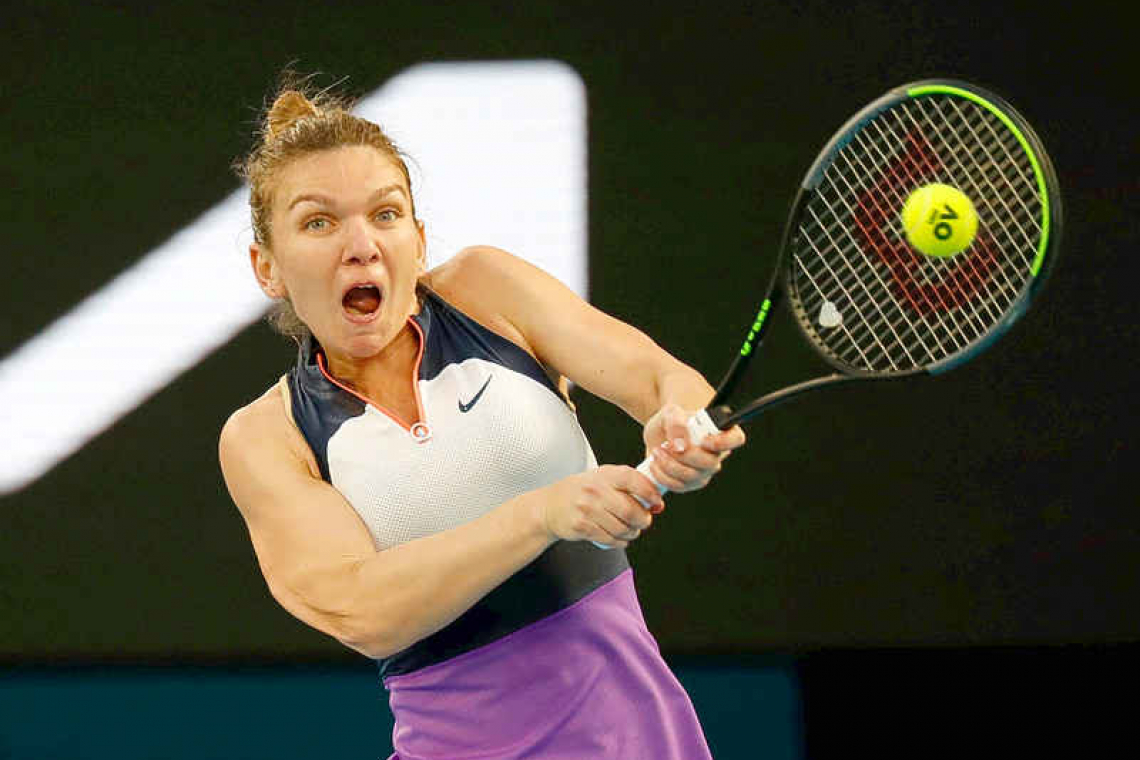 MELBOURNE- - Second seed Simona Halep survived an early wobble to beat Iga Swiatek 3-6 6-1 6-4 in the Australian Open fourth round on Sunday as the Romanian avenged her shock defeat by the Polish teenager at the same stage of last year's French Open.

After an error-prone opening set, Halep reeled off five consecutive games across the second and third sets before sealing her 100th Grand Slam match win to set up an eagerly anticipated quarter-final clash with Serena Williams.
Swiatek, who knocked out Halep en route to her maiden Grand Slam title in Paris, used her booming groundstrokes to save two break points in the seventh game before immediately breaking the Romanian to love on her way to claiming the opening set.
World number two Halep roared back with an early break in the second set as her crafty baseline play frustrated her teenage opponent, who made a string of errors.
Halep, who committed 10 of her 17 unforced errors in the opening set, said she initially struggled to cope with Swiatek's powerful forehands.
"I knew I had to change something, because I was hitting too strong and too flat," Halep, the 2018 finalist, said. "I moved her a little bit better and that's why she started to miss and probably lost her rhythm.
"The court is very fast and not easy, because it is sliding so much, but I am just trying to focus on myself as much as possible."
Ahead of her quarter-final against Williams, Halep can draw confidence from their previous meeting when she secured only her second win over the American to claim the 2019 Wimbledon title.
Williams kept her bid for a record-equalling 24th Grand Slam singles title going with a hard-fought 6-4 2-6 6-4 win over Aryna Sabalenka.
"Legend. She is the best," Halep said of her longtime rival.
"It is always tough, I have experience, so many matches against her. I will just try to enjoy and play my best, because you only beat Serena if you play your best."