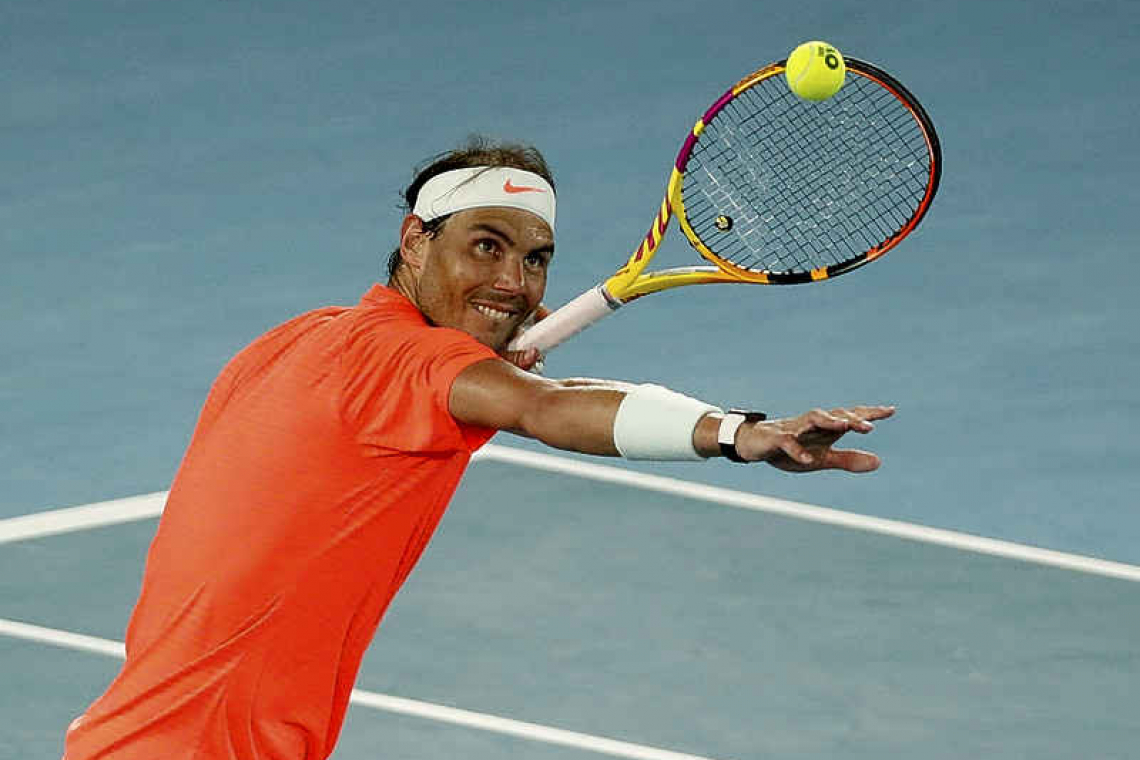 MELBOURNE- Rafa Nadal's march towards the third round of the Australian Open was briefly halted on Thursday when an unruly spectator was removed from the Rod Laver Arena for interrupting play as the second-seeded Spaniard watched in amusement.

The incident had no bearing on the match, however, as the world number two complated a commanding performance to swat aside American qualifier Michael Mmoh 6-1 6-4 6-2 and stay on track for a record 21st Grand Slam title. Nadal was serving for the second set at 5-4 when he was interrupted by a disturbance in the stands. The chair umpire asked a female spectator to be quiet and when Nadal looked towards the crowd she showed him the middle finger. "What? Me?" asked a bewildered Nadal in response, maintaining a smile on his face as he looked at the woman. After a couple of points in the game, she again interrupted play and was subsequently removed by security. Asked during his on-court interview if he knew the spectator, a giggling Nadal said: "No. And honestly, I don't want to know." "Maybe she took too much gin or tequila," Nadal later told reporters, continuing to smile. "But honestly was (a) strange situation but funny at the same time. "Somebody doing the finger to me, I don't know the reason, but I was surprised, yes, but at the same time I was thinking, 'poor girl', because probably she was drunk or something." BACK PROBLEM Nadal did not play in Spain's ATP Cup campaign last week with a back problem and following his opening win in Melbourne he had said the injury was still bothering him. The back issue was still troubling him, the Spaniard said after reaching the third round where he faces Briton Cameron Norrie, adding he was trying to find solutions to manage it. Nadal showed no discernible sign of discomfort against the 177th-ranked Mmoh under the closed roof in the evening's final match and peppered the blue court with 40 winners as the American looked on helplessly. The Spanish left-hander converted five of his 11 breakpoints against Mmoh while not allowing his opponent a single opportunity on his own serve. Nadal's forehand is considered among the best in the game but his double-handed backhand was also strong against Mmoh. "I've been improving my backhand all my career," he said. "When I was younger I was able to run everywhere. Now I need to have better shots and the backhand is an important shot for me now. "When I am playing the backhand well the court opens up better for me. I can produce angles with my forehand but when my backhand is working, normally I am able to play much better." The 2009 champion, who is tied with Roger Federer at 20 Grand Slam singles titles, will now prepare to face 69th-ranked Norrie, who beat Russian qualifier Roman Safiullin 3-6 7-5 6-3 7-6(3) after a rain delay and switch of court.