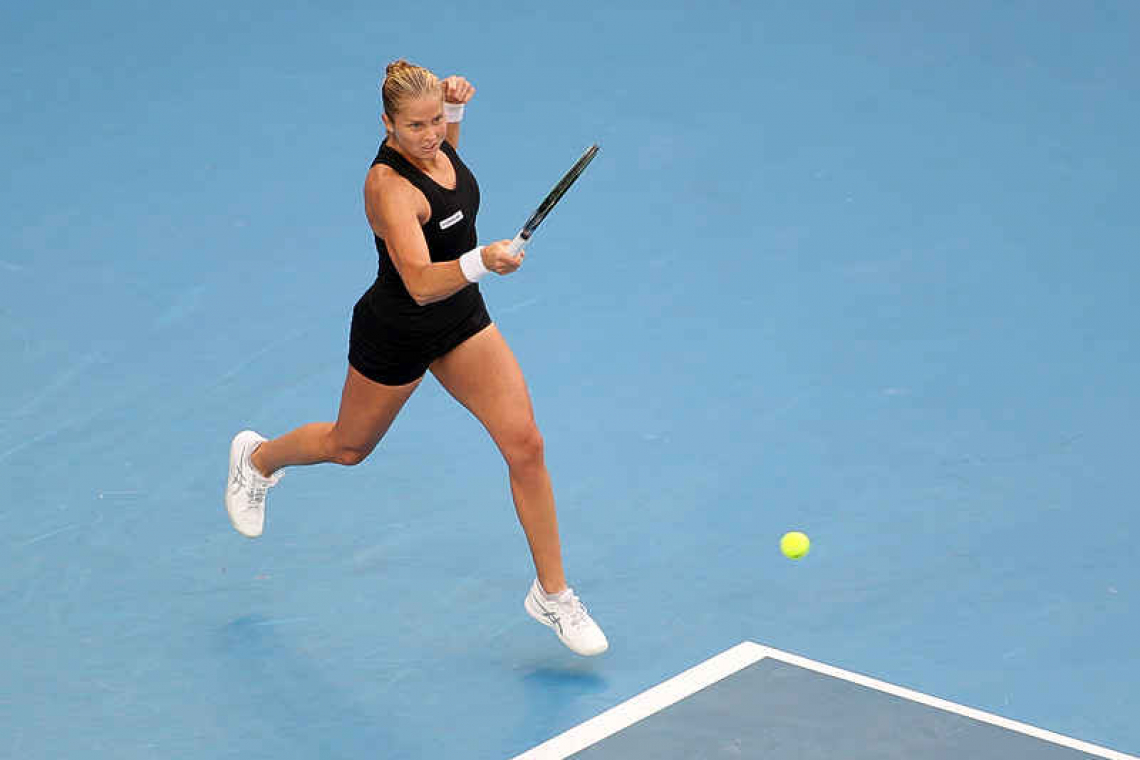 MELBOURNE- - Ash Barty made light of the challenge of unseeded American Shelby Rogers to reach the quarter-finals of the Australian Open for the third year in a row with a commanding 6-3 6-4 victory on Monday.

The world number one has tried to deflect talk that she might end Australia's 43-year wait for a homegrown champion on Saturday but she looked every bit the title contender as she swept into the last eight without dropping a set.
With no crowds until Thursday at the earliest because of Melbourne's five-day coronavirus lockdown and no Australian men left in the singles draw, Barty has the hopes of organisers as well as fans resting on her shoulders.
"We're not done yet," said Barty, who lost in the semi-finals at her home Grand Slam last year.
"It's exciting to be in another quarter-final of a Grand Slam, particularly here in Australia ... but certainly not satisfied with where we're at at the moment.
"We will keep chipping away and keep trying to do the right things to progress as far as we can."
The 24-year-old looked like she had all the tools to keep local interest fixed on the tennis for another five days as she set up a quarter-final against Czech Karolina Muchova.
Rogers has played quarter-finals at two Grand Slams and made a habit of upsetting highly-ranked players but she was unable to get enough of a handle on Barty's serve to make her high quality returns a factor.
The Australian mixed up the direction of her serve to defuse her opponent's biggest weapon -- the American got only 61% of her returns in the court -- and utilised her punched forehands and trademark backhand slice to great effect.
"I knew it was going to be vital to serve well tonight," Barty added. "That was something I really wanted to try and focus on, just to try and give myself a chance to be in control of more points."
One break of serve for 3-1 after a lengthy rally was enough for the 2019 French Open champion to win the first set in less than half an hour and she grabbed two more to lead 5-1 in the second.
Barty faltered for the first time with victory in sight, however, going for big winners too early and allowing Rogers to take back one of the breaks of serve.
The top seed grasped her second chance to wrap up the match with both hands two games later, progressing when Rogers ballooned a backhand volley long.