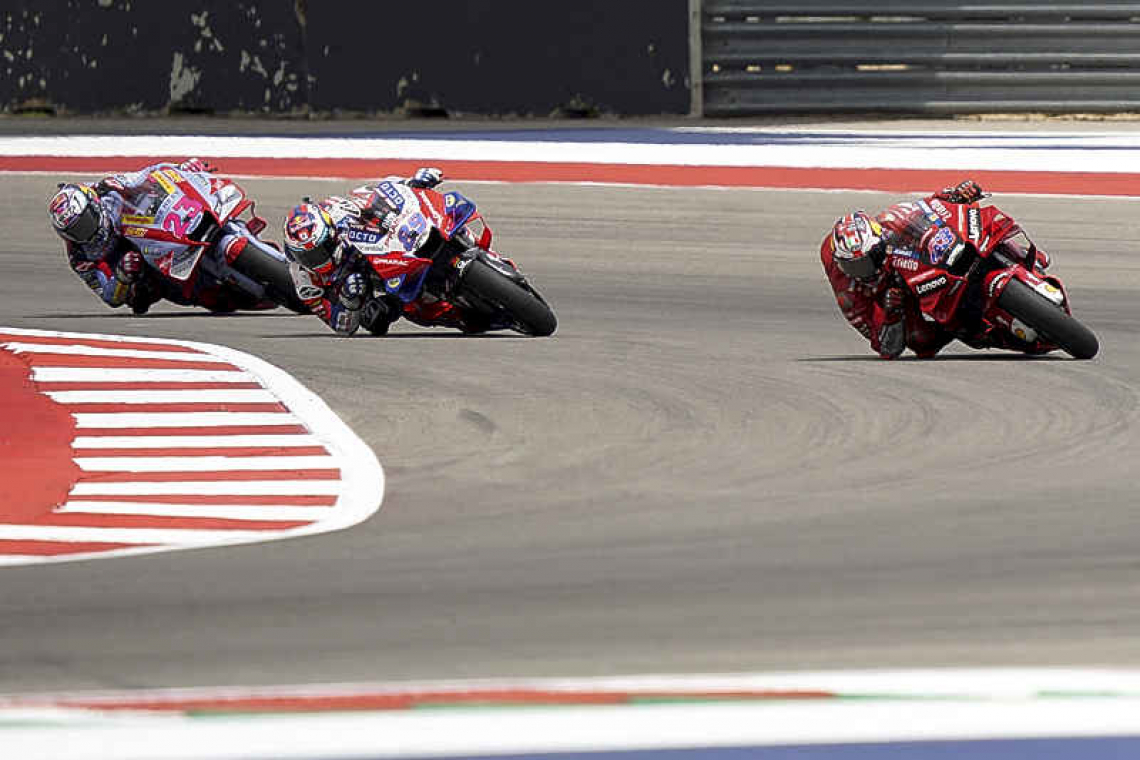 AUSTIN, Texas- - Gresini Racing's Enea Bastianini claimed his second MotoGP win of the season at the Grand Prix of the Americas on Sunday to move top of the championship, while the returning Marc Marquez stormed back to finish sixth after dropping to last place.

Bastianini, 24, breezed past long-time race leader and fellow Ducati rider Jack Miller with five laps remaining at the Circuit of the Americas to add victory on the Texas track to his maiden triumph at the season-opener in Qatar.
Miller claimed his first podium of the year with a third-place finish after Suzuki rider Alex Rins, who won in Austin three years ago, battled through to second on the final lap.
"It's great to win here, it's a fantastic track with great people," Bastianini said after the win, which was also the second one of his MotoGP career.
"Miller set a great pace in the first part of the race, and I was just hanging on. Once I came under pressure from Rins I decided to push, which motivated me to find the extra pace needed to take victory. Now it is time to eat some hamburgers."
Honda's six-time MotoGP champion Marquez started in ninth and slipped to the back of the grid after a sluggish start but the Spaniard staged a stunning comeback to power his way into the top 10.
Marquez, who had previously won seven times in eight visits to Texas, had missed the last two races after being diagnosed with double vision following a crash in Indonesia in February.
The 29-year-old prevailed in the battle for sixth place with world champion Fabio Quartararo of Yamaha and finished behind Francesco Bagnaia, who could only manage fifth on his Ducati after starting from the front row.
Rins' team mate Joan Mir took fourth while polesitter Jorge Martin, who led a Ducati quintet in qualifying, lost out to Miller at turn one and the two traded places but the Spaniard faded later in the race and had to settle for eighth.
The MotoGP season resumes with the European leg, starting at the Algarve Grand Prix in Portugal on April 24.