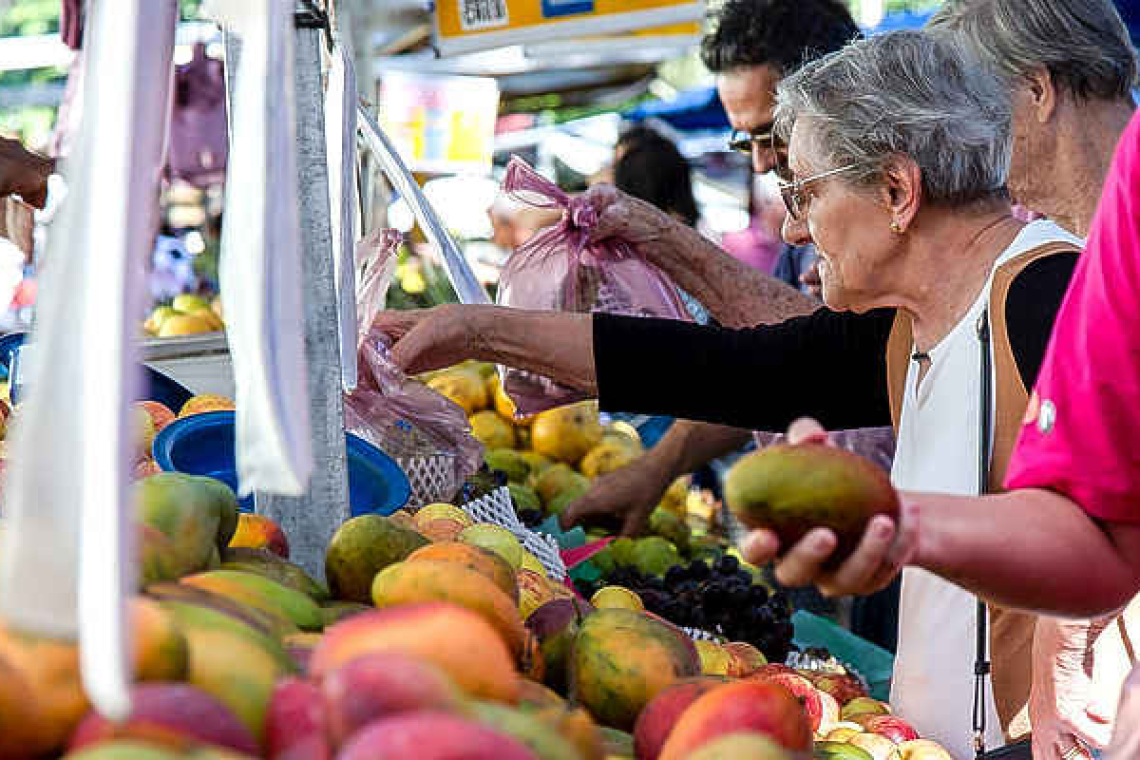 The report presents a clear relationship between the inability to afford a healthy diet and such variables as a country’s income level, the incidence of poverty and the level of inequality.

SANTIAGO, Chile--A new United Nations report finds that 22.5% of the Latin America and the Caribbean (LAC) population cannot afford a healthy diet. In the Caribbean this figure reaches 52%; in Mesoamerica, 27.8%; and in South America, 18.4%.

Launched last week, the Regional Overview of Food Security and Nutrition in Latin America and the Caribbean reports that 131.3 million people in the region could not afford a healthy diet in 2020. This represents an increase of eight million compared to 2019 and is due to the higher average daily cost of healthy diets in LAC compared to the rest of the world’s regions – an average of US $3.89 per person per day compared to the global average of $3.54. In the Caribbean this reaches a value of $4.23, followed by South America and Mesoamerica with $3.61 and $3.47, respectively.

This problem is related to different socio-economic and nutritional indicators. The report presents a clear relationship between the inability to afford a healthy diet and such variables as a country’s income level, the incidence of poverty and the level of inequality.

The report also reveals that the rise in international food prices experienced since 2020, exacerbated after the start of the war in Ukraine, and a regional increase in food inflation above the general level, have increased the difficulties for people to access a healthy diet.

The report also includes recommendations based on evidence and an analysis of policies already implemented to improve the availability and affordability of nutritious foods, focusing on supporting the most vulnerable people and low-income households that spend a more significant proportion of their budget on food.

“There is no individual policy that can solve this problem independently. National and regional coordination mechanisms need to be strengthened to respond to hunger and malnutrition,” said Mario Lubetkin, FAO Assistant Director General and Regional Representative for Latin America and the Caribbean.

“To contribute to the affordability of healthy diets, it is necessary to create incentives for the diversification of the production of nutritious foods aimed mainly at family farming and small-scale producers, take measures for the transparency of the prices of these foods in markets and trade, and actions such as cash transfers and improving school menus,” Lubetkin added.

“We are talking about the region of the world with the most expensive healthy diet, which particularly affects vulnerable populations – small farmers, rural women and indigenous and Afro-descendant populations – who allocate a greater percentage of their income to the purchase of food,” said IFAD Regional Director Rossana Polastri. “To reverse this situation, we must promote innovative solutions that diversify production and increase the supply of healthy food, and that improve small producers’ access to markets and quality food, including digital solutions that articulate food supply and demand.”

The report also describes how some nutrition-sensitive social protection programmes have worked and are essential to support the diets of the most vulnerable population, particularly in periods of crisis.

“Food insecurity will continue to rise due to the food and fuel price crisis caused by the conflict in Ukraine and the aftermath of COVID-19,” said Lola Castro, WFP Regional Director. “We must act now, but how can we do it? Supporting governments to expand social protection networks, because the pandemic once again demonstrated that social protection is useful to improve the affordability of a healthy diet, preventing crises like this from hitting affected populations even more.”

Other food policies, such as nutritional labelling, subsidising nutritious foods and taxing unhealthy or non-nutritious foods that do not contribute to healthy diets, if well designed, can improve the affordability of healthy diets and prevent debilitating conditions and diseases related to overweight and obesity.

“We must redouble efforts to address malnutrition in all its forms by promoting public policies to create healthy food environments, eliminate industrially produced trans fats, implement front-end warning labelling, regulate advertising of unhealthy foods, tax sugary drinks and support healthy eating and physical activity in schools,” PAHO Director Carissa F. Etienne said. “Understanding the factors that determine poor dietary practices is key to finding solutions and ensuring that everyone in the region has access to healthy foods,” she added.

For example, countries with higher levels of poverty and inequality tend to have more significant difficulties accessing a healthy diet, which is directly associated with a higher prevalence of hunger, chronic malnutrition in boys and girls, and anaemia in women ages 15 to 49.

“For children to grow up healthy, it is not only urgent to ensure the availability of nutritious food at affordable prices. It is also necessary to develop public policies that guarantee adequate nutrition, in addition to nutritional counselling, focusing actions on the most vulnerable populations,” said Garry Conelly, UNICEF Regional Director for Latin America and the Caribbean.

The socio-economic panorama of LAC is not encouraging. The most affected population groups are children under five and women, who suffer a higher prevalence of food insecurity than men.

Other figures presented in the report indicate that the region registers an important and positive evolution regarding the prevalence of chronic malnutrition in children under five years of age. In 2020, this figure was 11.3% in Latin America and the Caribbean, approximately 10 percentage points below the world average. However, 3.9 million children up to five years of age are overweight. ~ FAO ~