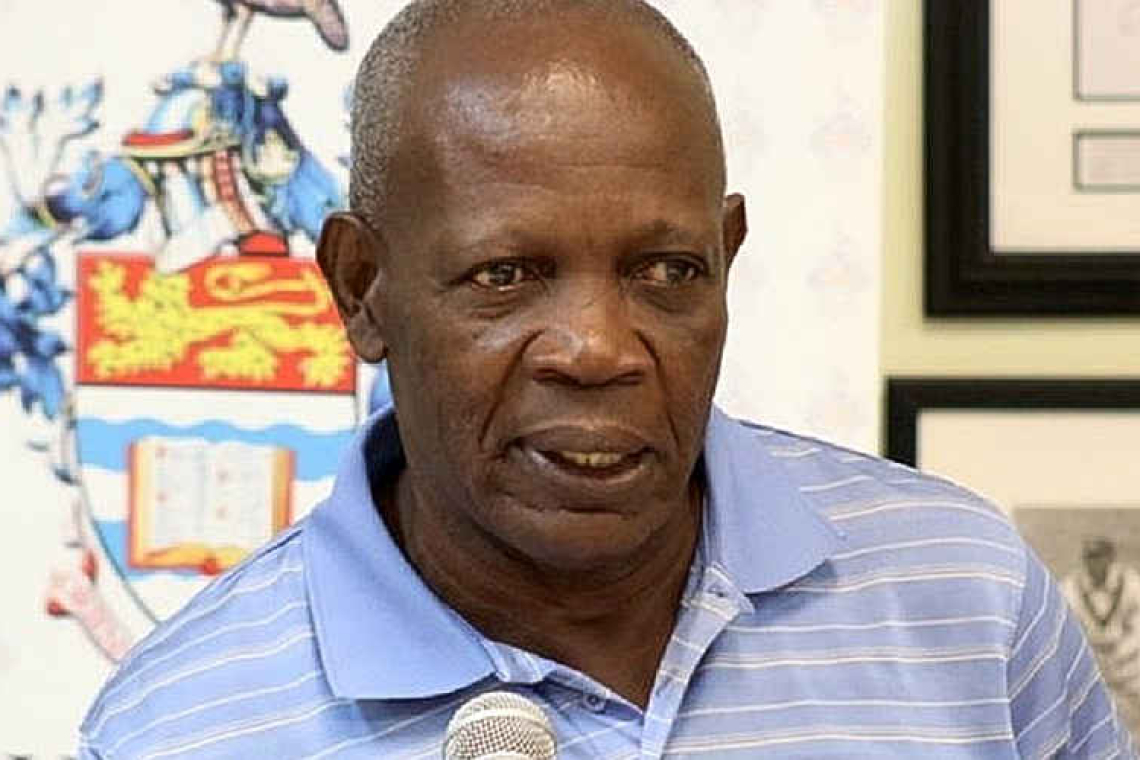 BRIDGETOWN, Barbados--Retired Deputy Commissioner of Police Bertie Hinds says the outlook for the local criminal justice process does not augur well for Barbados.

Sharing an excerpt from his soon-to-be-published book Criminal Justice and the Police: Some Contemporary Perspectives, a handbook for the constabulary and its Publics, Hinds summed up the process as one that is under stress.

“The police perennially complain about the lack of human resources, among other things. The courts are concerned about the lack of quality and timely throughput by the police. The lack of judicial officers to service the court remains a constant problem. This militates against productivity,” declared the former top-ranked law enforcer who gave Barbados TODAY a peek into his upcoming publication.

“Our adult prison is still not operating in keeping with modern penal practice and is often lacking in crucial resources. Staffing of rehabilitative programming is far from the best. This contributes to an undesirable rate of recidivism,” added the former senior police officer who retired in January 2013.

The former Deputy Executive Director of the Regional Security System (RSS), who had been awarded the Order of the British Empire (OBE) in the 2014 Queen’s Birthday Honours list for his service to policing, also recommended in his new book that the constabulary immediately craft and implement a fresh model of policing that is not reactive.

“The constabulary must respond, through strategic interactive initiatives, born out of a culture of strategic thought. We must embark on a sustained and pervasive programme of developing police leaders, managers, supervisors and other rank-and-file officers. The focus of this development training ought to be criminal justice-oriented.

“The practical dynamics and the theoretical constructs should form part of the syllabi: policing would be ‘selling itself short’ if it fails to do so. Criminal enterprise will flourish, while the police service slumbers,” cautioned the former part-time lecturer in criminal justice and criminology at the Cave Hill Campus of The University of the West Indies (The UWI).

Hinds said the book aims to be a source of reference for the police hierarchy when developing policy and practice in managing serious crime; to be a personal acquisition for the wider police membership, to be in step with contemporary police policies and strategies, and to be a citizen’s right-to-know informational and educational document, on how the police ought to be functioning in criminal justice matters.

According to the author, the scope of the book is augmented by a “suggested necessary police service consciousness” that embraces the geopolitical concerns and tensions relating to serious crime management and security control.

These concerns, Hinds argued, continue to impact police work and the nation-state of Barbados and its neighbouring islands. According to him, relevant strategies must be factored in to address these “trepidations”.

“This work, therefore, is timely, in that much warranted and unwarranted criticism and debate on critical areas of the police function are current. More pointedly, it is the management of serious criminal matters from the time reported, through the investigative process and presentation of the cases before the courts, that are of major concern. The genesis of the criticism and general public concern is located in the perennial escalation of serious crime,” he said.

“It is apparent that too many in the constabulary are unaware of their role and their organisation’s role in the criminal justice process. This state of affairs is certainly a compromising factor in the service’s ability and capacity to be efficient and be a more effective criminal justice institution,” Hinds contended.

For the retired deputy police chief, the criminal justice process can be likened to a production line in a manufacturing enterprise.

The criminologist said that this handbook was penned out of a self-imposed obligation to further support the long-term goal of the police and policing in Barbados and in “our sister island states.”

Hinds noted that the long-term goal is to equitably contribute to the effective management and control of crime.

He said his work in the police service for over four decades, had not been complete when he demitted office on early retirement as Deputy Commissioner.

“Writing this handbook, then, should be seen in the context of my continuing contribution to policing and criminal justice. My association with the Regional Security System as its former Deputy Executive Director and the Canadian-funded Impact Justice Programme [lecturer – Ed.], is complementary to my primary reason for penning this work. It fits neatly into the policing dynamics of [Organisation of Eastern Caribbean States] OECS member states,” Hinds noted. ~ Barbados TODAY ~