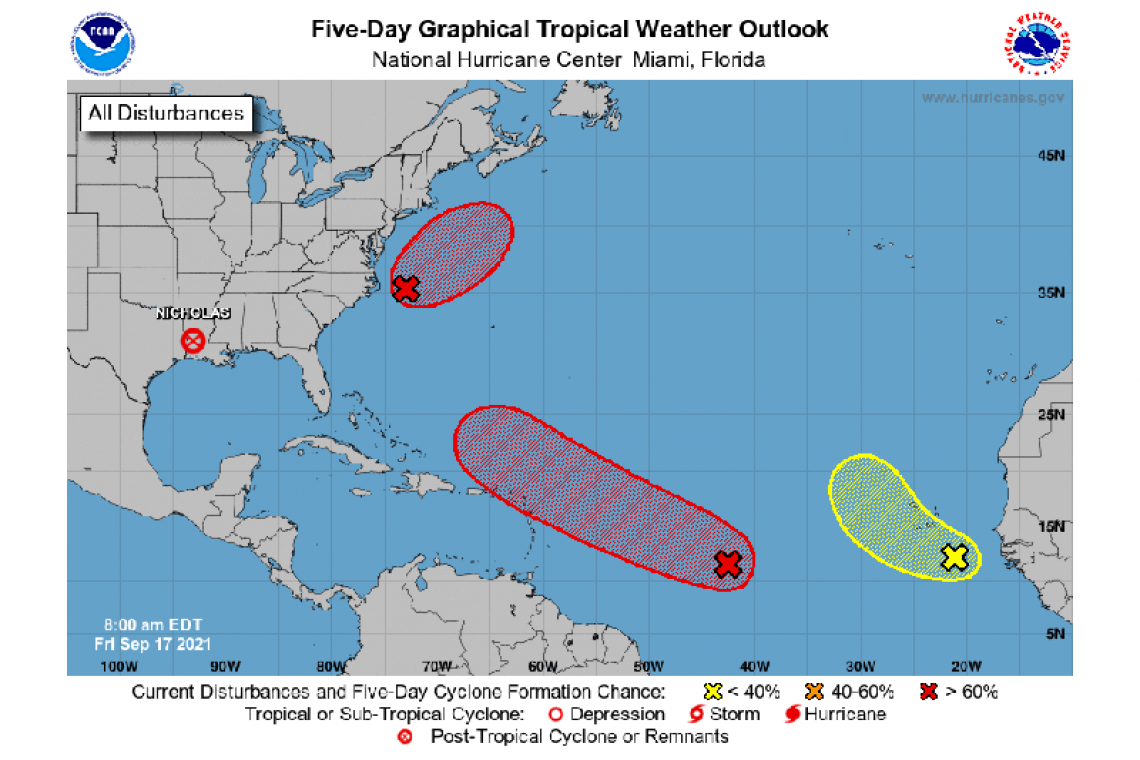 Showers and thunderstorms remain disorganized in association with a tropical wave and broad area of low pressure located about midway between the Lesser Antilles and the Cabo Verde Islands. However, environmental conditions are expected to be conducive for development during the next few days, and a tropical depression is still likely to form over the weekend or early next week while moving toward the west-northwest at 15 to 20 mph across the central tropical Atlantic and then near or north of the Leeward Islands by Monday and Tuesday.  Interests in the Leeward Islands should monitor the progress of this system during the next few days. 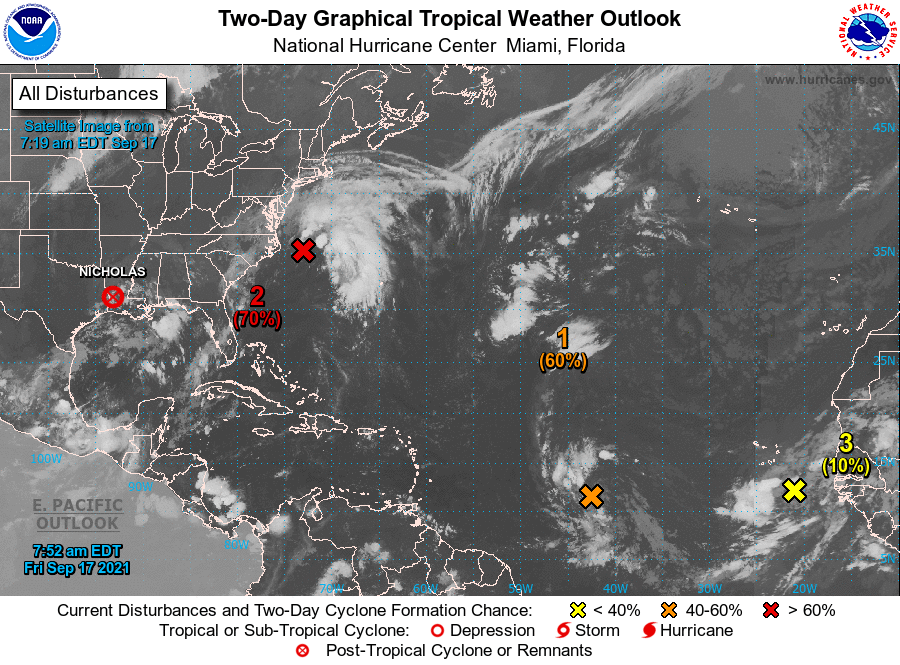 The circulation associated with an area of low pressure located about 150 miles east of Cape Hatteras, North Carolina, remains broad and elongated, and most of the associated shower and thunderstorm activity is displaced well to the north and east of the center. However, this system is still likely to become a short-lived tropical depression or tropical storm before it makes a transition to a non-tropical gale-force low by Saturday or Saturday night while moving northeastward at about 15 mph away from the United States mid-Atlantic and Northeast coasts. Regardless of development, this system could bring high surf to portions of the mid-Atlantic and Northeast U.S. coasts and Atlantic Canada through this weekend.

Disorganized cloudiness and thunderstorms over the far eastern tropical Atlantic are associated with a tropical wave located a couple of hundred miles southeast of the Cabo Verde Islands. Environmental conditions are forecast to be only marginally conducive, and development, if any, of this system should be slow to occur over the next few days while the system moves toward the west-northwest or northwest at 5 to 10 mph over the far eastern Atlantic.