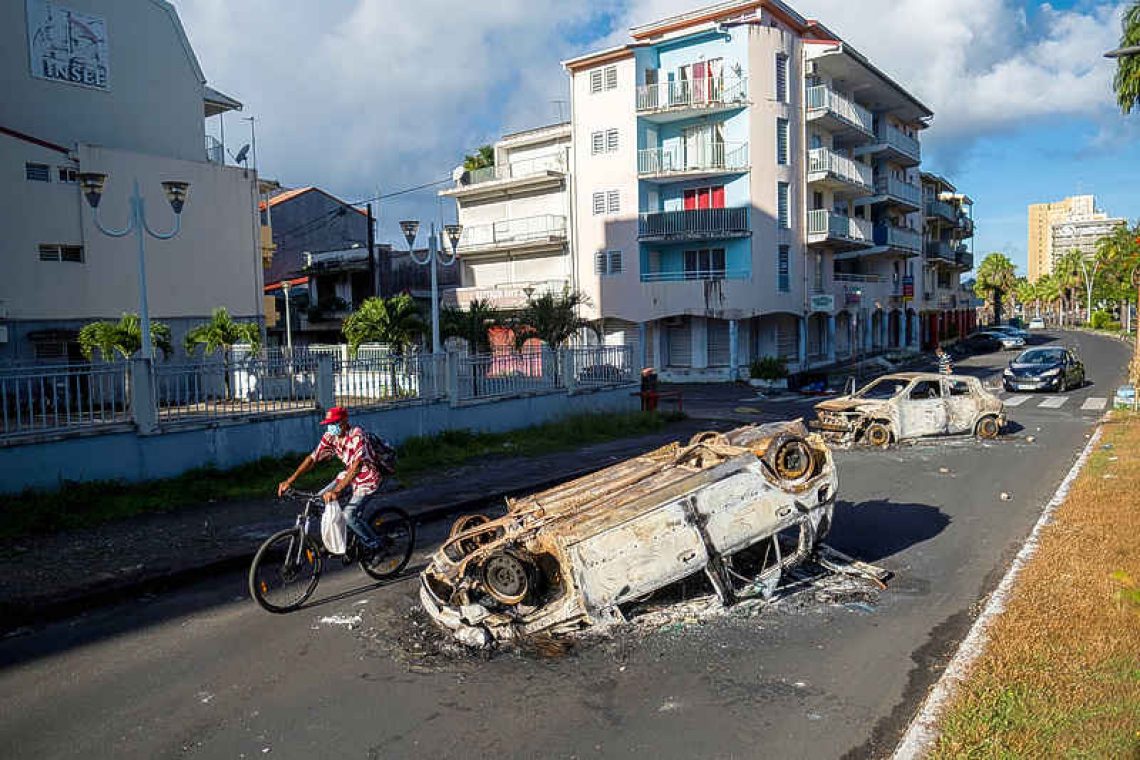 A man rides his bicycle past burned cars after violent demonstrations which broke out over coronavirus disease (COVID-19) protocols, in Pointe-à-Pitre, Guadeloupe, on November 21. Photo credit: Reuters/Ricardo Arduengo.

POINTE-À-PITRE, Guadeloupe--The French overseas territory of Guadeloupe was hit by a third night of looting and rioting amid protests against COVID-19 measures, with gunmen shooting at police and firefighters, the authorities said on Sunday.

Police arrested 38 people as shops were broken into and cars set ablaze.

Special police forces were due to arrive from mainland France to the Caribbean archipelago on Sunday to restore order.

In a sign unrest could spread to other overseas territories in the Caribbean, trade unions called for a general strike on the island of Martinique from today, Monday, French media reported.

The strike notice demands an end to the mandatory vaccination of health workers as well as support to deal with high fuel prices.

Guadeloupe’s prefect, Alexandre Rochatte, who represents the French government, said in a statement that armed groups had tried to loot stores in Pointe-à-Pitre, Basse-Terre and Lamentin and battled police.

Shots were fired at police and firefighters trying to put out blazes. Four pharmacies were broken into and cars set on fire while barricades were erected to stop security forces from intervening, the prefect added.

Interior Minister Gerald Darmanin said on Saturday that France would send to the territory about 50 members of the GIGN and RAID elite tactical forces of the gendarmerie and police.

Prime Minister Jean Castex is also due to meet with Guadeloupe officials in Paris today, Monday, to discuss the situation.

Rochatte on Friday had imposed a curfew from 6:00pm to 5:00am following five days of civil unrest during which barricades burned in the streets and firefighters and doctors walked out on strike.

Guadeloupe and Martinique have a deep-rooted history of vaccine hesitancy amid distrust of the Paris government.

In August the Paris government was forced to appeal to doctors and nurses from metropolitan France to volunteer in Guadeloupe and Martinique, as a wave of infections overwhelmed hospitals. ~ Reuters ~