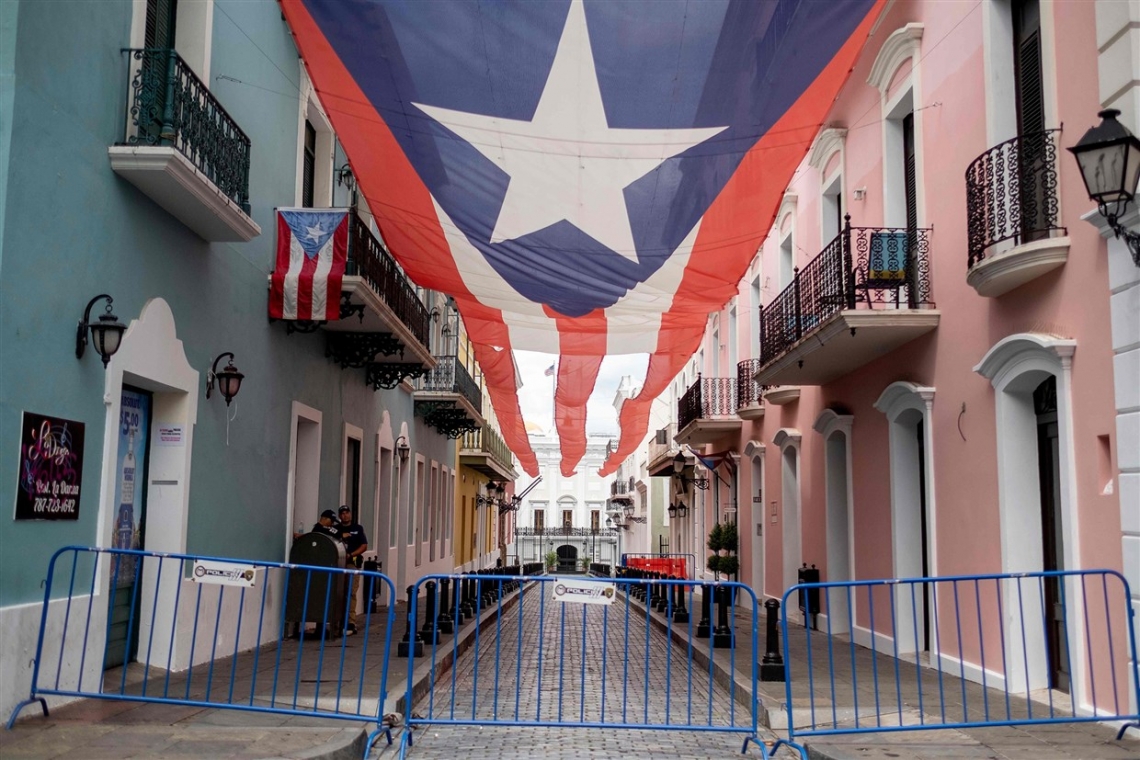 SAN JUAN, Puerto Rico--Puerto Ricans are remaining vigilant as the US territory responds to the coronavirus pandemic while dealing with multiple other ongoing crises, including the long recovery from the 2017 Hurricane Maria and January’s multiple earthquakes.

The island pulled from many agencies’ reserve funds to create its own financial stimulus package of US $787 million to help alleviate the economic impact of the pandemic – in addition to the $160 million from the emergency reserve fund created after Maria, already authorised by its federally-appointed financial board.

The package is bigger than any announced so far by any state, as The Associated Press has reported. It includes a 90-day moratorium on car, personal and commercial loans as well as mortgages, leaving people’s credit intact, and bonuses for nurses, police and other emergency and medical workers, Governor Wanda Vázquez said Monday.

“She announced some stimulus measures that are good for workers and others, so that’s good. But it’s not nearly enough for what the crisis demands,” Federico de Jesús, senior adviser to Power 4 Puerto Rico, a coalition of dozens of organisations and leaders in the mainland who advocate for issues concerning the island. Vázquez said the package also includes $1,500 incentives “for all small and medium-sized companies that have ceased operations in the midst of this crisis” and government-imposed curfews.

But Puerto Rico’s Centro Unido de Detallistas, a non-profit representing the interests of small-business owners, said in a Facebook post in Spanish that while “we received any aid with open arms, $1,500 for a business that has not been able to open is a small amount.”

The island has been struggling through a decade-long recession and a debt restructuring process of $120 billion in public debt and pension obligations as it continues to recover from the damage caused by Maria in 2017 and the series of earthquakes in January, together resulting in billions of dollars in losses.

Against this backdrop, Puerto Rico has 39 confirmed cases of the coronavirus and two people have died on the island, as of Tuesday.

“This is the third, and newest, threat or crisis that Puerto Rico faces. So, in my opinion, all options have to be on the table, including repurposing the debt reserve and the cancellation of the debt,” Erica Gónzalez, executive director of Power 4 Puerto Rico, told NBC News.

After experiencing one of the deadliest disasters in U.S. history – Maria, which killed at least, 2,975 people – Puerto Ricans and groups like Power 4 Puerto Rico are keeping an eye on how officials handle the coronavirus that “could exponentially increase the loss that we experienced through Maria,” González said.

“What makes this so infuriating is that it’s already clear that this president is willing to throw lives under the bus. Puerto Rico already experienced that first-hand. So Puerto Ricans need to be super aggressive” when advocating for the island, González said, adding that groups are vigilant as the island’s government balances hurricane recovery and the debt restructuring process alongside the coronavirus response.

On behalf of Power 4 Puerto Rico, González wrote a letter to Vázquez asking why her administration has not put in a request to repurpose nearly $9 billion – earmarked to pay bondholders who own Puerto Rico’s debt – that has been accumulating after officials put a hold on all debt payments until the island’s debt-restructuring process ends.

The Puerto Rican government needs permission from the island’s federally-appointed financial oversight board to be able to use such funds for other purposes.

Vázquez wrote back to González saying, “Puerto Rico must remain faithful to the repayment of debts,” adding that such financial obligations do “not foreclose pursuing recovery” through other available funds.

“In an emergency, you don’t leave $9 billion on the sidelines,” De Jesús said. “That money needs to be repurposed and she needs to at least bring it up and try. If the board rejects it, we can always step in to help. We can advocate in Congress, who can order the board to repurpose that money. We also signed a letter with over 70 organisations asking Congress to forgive the debt and it would be helpful to have the government of Puerto Rico join us in those efforts.”

For instance, in her letter to González, Vázquez acknowledged that the slow spending of certain federal housing funds available through the Community Development Block Grant-Disaster Recovery Program (CBDG-DR), disbursed after Maria for recovery and reconstruction purposes, can be attributed to lags in capacity building as the island’s housing department was preparing to manage the funds. This and other “prominent shortfalls” regarding the housing funds are well documented by the federal government. ~ NBC News Digital ~