Most Puerto Ricans still without power, many sleeping outdoors after quakes 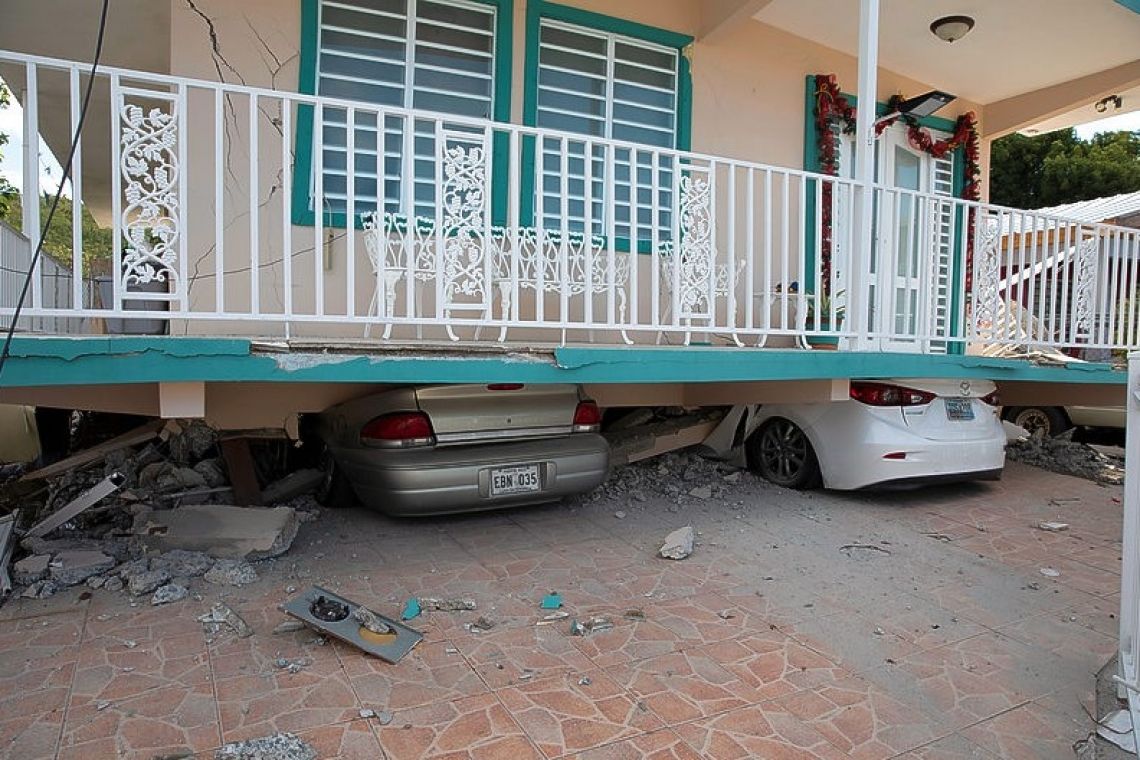 YAUCO, Puerto Rico--Two thirds of Puerto Ricans remained without power and nearly a quarter lacked drinking water on Wednesday after earthquakes battered the Caribbean island, including the most powerful to strike the U.S. territory in 102 years.

The quakes, including one of magnitude 6.4 on Tuesday, killed at least one person and destroyed or damaged some 300 homes, provoking a state of emergency on the island of 3 million people and the activation of the National Guard.

The south of the island was hardest hit, with dozens of homes collapsing in towns like Yauco, Guanica and Guayanilla. Thousands prepared to spend another night sleeping outdoors, fearful their houses might fall down if there was another major quake.

"Many apartments collapsed, everything was lost in some houses," said Yauco resident Luiz Cruz Apunte, standing in a community parking lot filled with cots, mattresses and shelters for people who had lost or fled their homes.

About 500,000 of the island's 1.5 million customers had electricity on Wednesday, up from 100,000 on Tuesday night, and the island was generating 955 megawatts of electricity, the power authority AEE said, well short of demand of around 2,300 megawatts.

The power outages evoked memories of the aftermath of Hurricane Maria in 2017, when Puerto Ricans endured lengthy blackouts following a disaster that killed nearly 3,000 people.

About 24% of the population had no running water and more than 2,200 people left homeless had taken refuge in government shelters, said Carlos Acevedo, commissioner of disaster agency NMEAD.

"It was nearly complete devastation at our Guanica location, inside and outside," said Ruiz Pietri, estimating the damage to be in the hundreds of thousands of dollars.

The earthquakes followed a series of natural and man-made disasters to afflict the U.S. territory in recent years. The island is also going through bankruptcy and its former governor resigned amid a political scandal and massive street protests last year.

The U.S. Department of Health and Human Services declared a public health emergency on the island to ensure local hospitals had funding to meet medical needs.

Power and water returned to some areas of the capital, San Juan, but resident Luis Borri had neither at his home. He said he got a message from the AEE that electricity services for all customers would not resume until the weekend.

More than 500 earthquakes occurred in the south of the island between Dec. 28 and Tuesday, including 32 greater than magnitude 4, putting the U.S. territory's biggest power plant out of service and damaging energy infrastructure.

The 6.4 magnitude earthquake on Tuesday morning was the most powerful to hit Puerto Rico since 1918, when a 7.3 magnitude quake and tsunami killed 116 people, according to the Puerto Rican seismology institute, Red Sismica.

Puerto Rico is accustomed to hurricanes, but powerful quakes are rare.