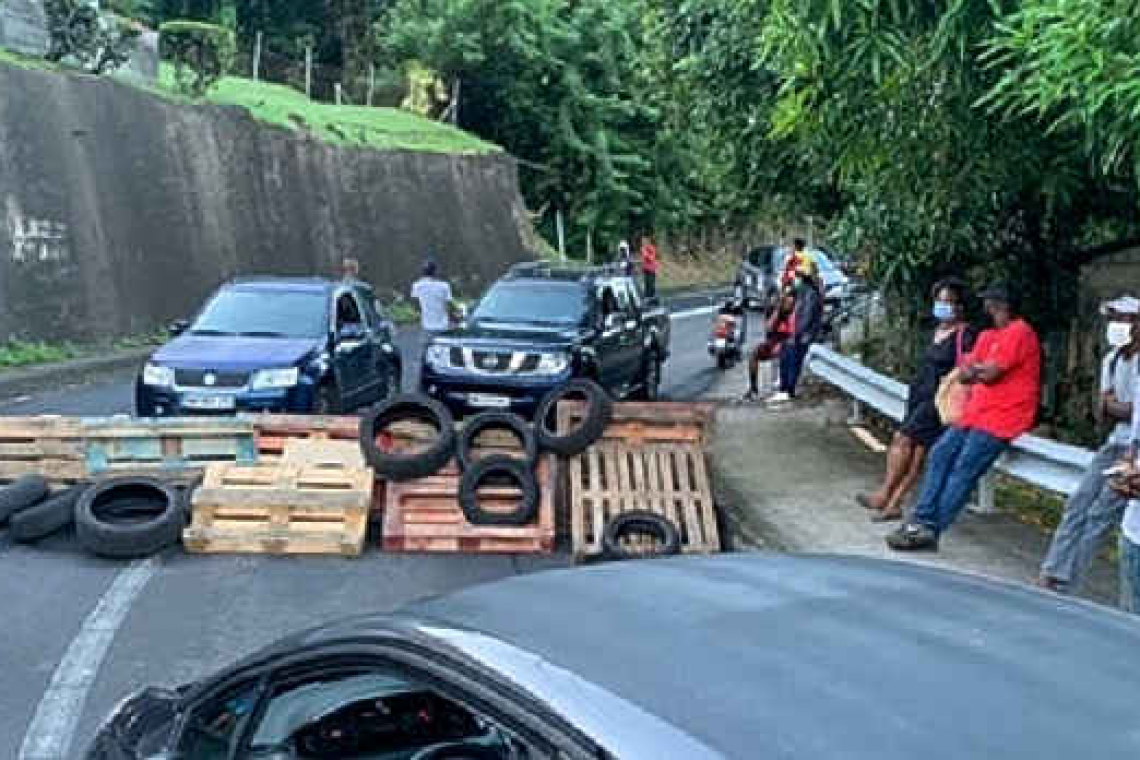 Road in Martinique blocked by debris.

FORT-DE-FRANCE, Martinique--Police in Martinique came under gunfire overnight amid continued unrest, but local reports said although vehicles were damaged, no one sustained any injury.

According to media outlets, between 11:00pm Monday and 5:00am on Tuesday, marauding youths, some of them wearing hoodies and carrying arms, blocked roads with cans and tyres that they set on fire. They also set vehicles alight and firefighters who responded had to be protected by the police.

Protestors have been demonstrating their anger over a vaccine mandate for healthcare workers which is also in place in mainland France and other restrictions implemented to stop the spread of the COVID-19 virus.

In addition, on Monday, a trade union coalition launched a general strike calling for, among other things, an end to the vaccine mandate, salary increases and lower gas prices.

Martinique 1 Ere reported that trade union leaders met behind closed doors with Martinique Prefect Stanislas Cazelles, the prefect of Martinique, on Tuesday. In the afternoon, the leaders were to meet with President of the Territorial Collectivity of Martinique (CTM), Serge Letchimy. But Martinique 1 Ere quoted Bertrand Cambusy, Secretary General of the CSTM union, as indicating that the strike continues.

And although reports from Martinique indicate that things have calmed down since the overnight unrest, several shops remained closed, and on Tuesday morning, certain roads were impassible.

The unrest in Martinique mirrors similar protests taking place on the French Caribbean island of Guadeloupe, primarily over the vaccine mandate and COVID-19 restrictions. After a week of violent protests, the Guadeloupe unrest prompted France to dispatch special forces to the island. Police said they arrested over 30 people caught looting and smashing shops.