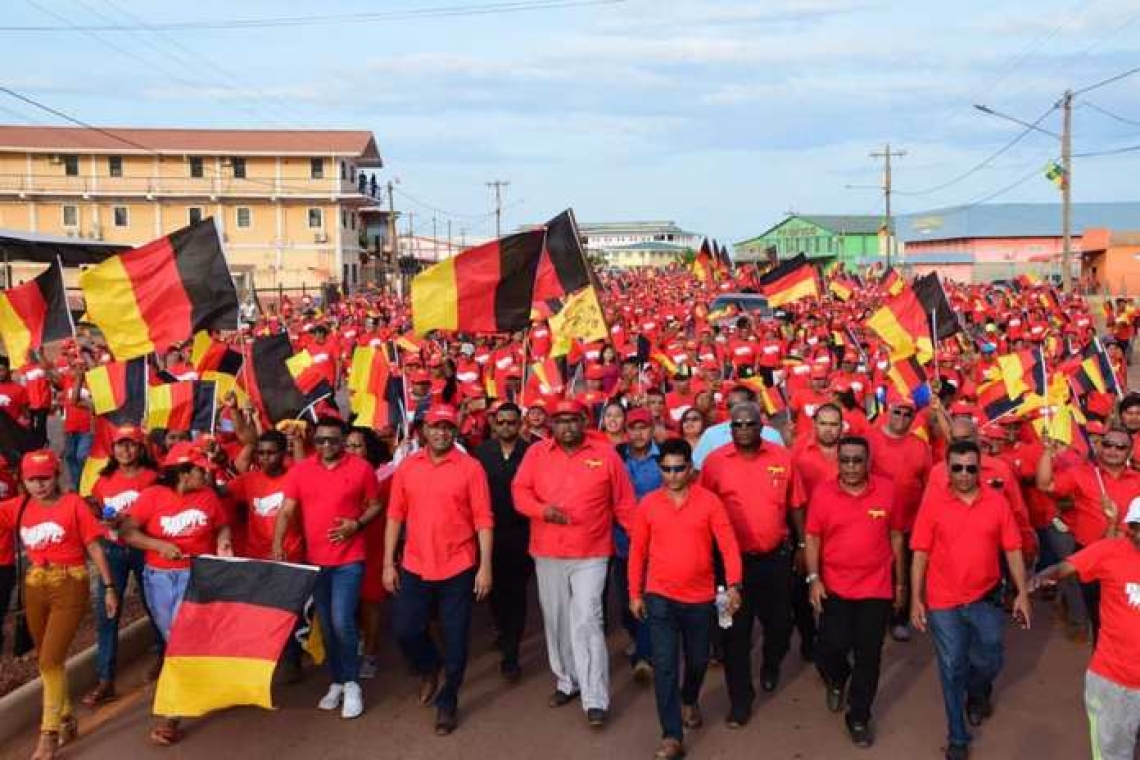 GEORGETOWN, Guyana--“Today, [Wednesday, July 8, – Ed.] we’re vindicated.” That was the immediate reaction of People’s Progressive Party/Civic (PPP/C) General Secretary Bharrat Jagdeo, to the landmark decisions handed down by the Caribbean Court of Justice (CCJ) on Wednesday, paving the way for the Guyana Elections Commission GECOM to make an official declaration of the March 2 polls, on the basis of the recount figures.

“So we are extremely pleased that the Caribbean Court of Justice has set aside the decision of the Court of Appeal (COA) of Guyana.

“We believe from the beginning that the decision of the COA was perverse; we argue that they lacked jurisdiction, that the Article that they used to infringe on other matters relating to the elections has nothing to do with the qualifications of the President, and therefore, they were acting outside of their jurisdiction,” Jagdeo said during a virtual media engagement Wednesday afternoon.

“Today [Wednesday] we’re being vindicated, in the sense that the COA acted in excess of its declaration.”

CCJ President Justice Adrian Saunders, during his ruling, took great pains to explain what a valid vote is in accordance with the Representation of the Peoples Act.

“We are extremely pleased that they [the CCJ] also set aside [Chief Elections Officer (CEO) Keith] Lowenfield’s report that had fraudulently disenfranchised over 115,000 persons.

“But in doing so, the President of the Court, reading out part of a summary of a unanimous decision … pointed out how Lowenfield had acted unlawfully.”

According to the CCJ, Lowenfield has no authority to invalidate any vote. That authority can only be exercised through an elections petition after the results have been declared.

“The CEO is bound … he needs to prepare the report in accordance with the instructions given to him by the Chair of GECOM which is to use the recount data, which shows a victory for the PPP/C,” Jagdeo noted.

“The CEO has clear guidance now; let us see if he will continue to act unlawfully or in accordance with the guidance of the CCJ, a superior court,” Jagdeo said.

According to Jagdeo, now that the entire Commission and the CEO have been given “clear guidance” from the CCJ as to what constitutes a valid vote and the next steps that should be taken, his party’s expectation is that the Commission will move “swiftly” to make a declaration on the basis of the recount figures as directed by the CCJ.

The CCJ ruled had earlier on Wednesday that CEO Lowenfield must produce his report as already directed by GECOM Chairperson Justice Claudette Singh.

The CCJ, in its ruling, invalidated the recent report submitted by Lowenfield, in which he discarded over 115,000 votes. The Court said that the report incorporating so-called irregularities is of no consequence.