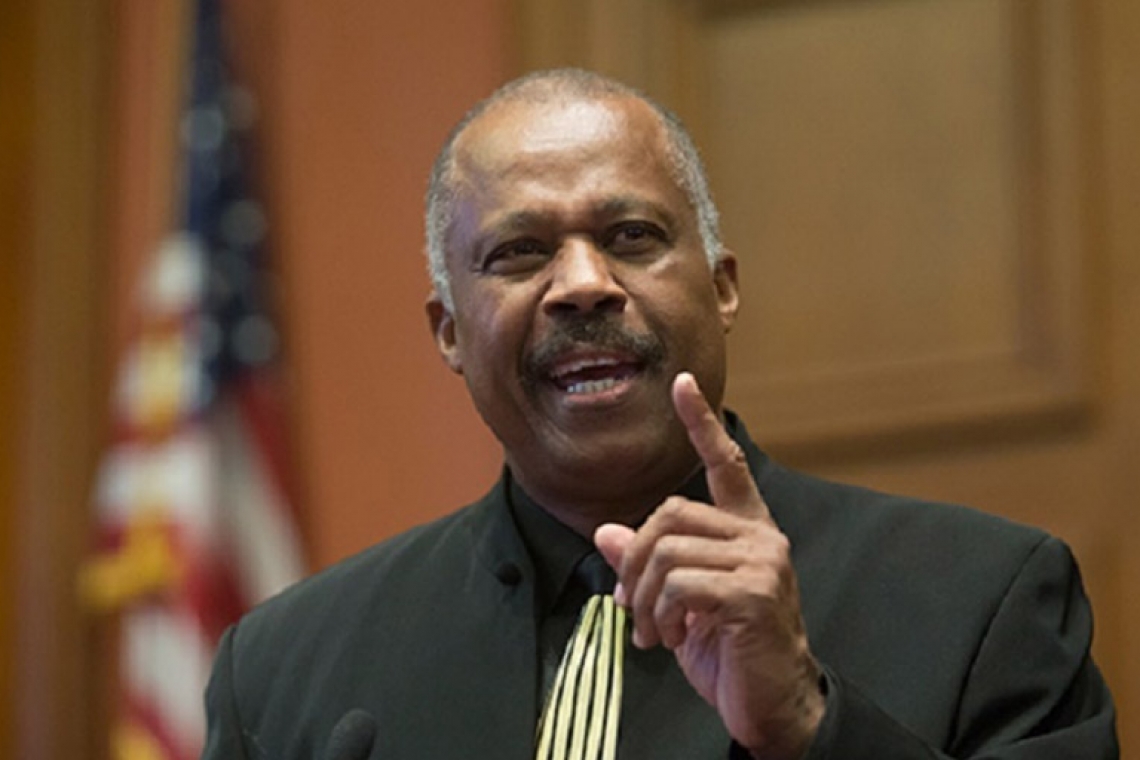 Professor Sir Hilary Beckles, Chairman of the CARICOM Reparations Commission and Vice Chancellor of The University of the West Indies.

GEORGETOWN, Guyana--Professor Sir Hilary Beckles, Chairman of the Caribbean Community CARICOM Reparations Commission (CRC), is calling for a reparations summit involving the governments of the Caribbean and of Europe and with representatives of their private corporations, universities and civil society organisations, to discuss their contributions to a development plan for the Caribbean.

The three-day summit will discuss how to honour the historical debt owed to the Caribbean by the former slave-holding and colonising European states.

“We have argued in the Caribbean that reparatory justice is about development and that Britain and Europe do, indeed, owe a debt to this region, a debt that is recognised, a debt that can be computed, a debt that is historically sound, in terms of its legitimacy,” stated Sir Hilary, who is also the Vice-Chancellor of The University of the West Indies (The UWI).

Sir Hilary advanced the CRC’s summit proposal while addressing a virtual media engagement entitled “From Apology to Action”, which was viewed by some 11,000 persons around the world on Monday.

The online event came in the wake of recent public apologies and statements of regret from some European states and commercial enterprises that profited handsomely from the trans-Atlantic trafficking of enslaved Africans to the Caribbean.

“Apologies are not enough,” said the CRC Chairman. “Apologies are precursors for reparations. Apologies are signals of intent to participate in the reparatory process. Apologies are stage one of an effort that says we acknowledge the harm we have caused and we are prepared to enter phase two which is a discussion and negotiations about how to repair that harm and that suffering that continues to be the legacy of slavery in the Caribbean today.”

Referencing this historical moment as “the time of the Black Lives Matter movement,” he declared the 21st century to be “the age of reparations,” a moment where the pain and suffering of communities that have descended from the enslaved and the indentured are calling for justice and fairness within the context of the continuing harm that is part of Caribbean societies today.

He added that “the colonial mess” the Caribbean has inherited from Britain and from Europe remains visible in every aspect of the Caribbean, because Britain chose to walk away from this mess that they created and have left it entirely to the democratic leadership of Caribbean governments and civil society to clean up.

Sir Hilary argued that this was a deliberate strategic effort on the part of Britain and Europe to refuse to take responsibility for the living legacies of slavery and colonisation.

He made it clear that Britain left behind “a pandemic of chronic diseases,” such as hypertension and diabetes, where over 60 per cent of all people over the age of 60 in the Caribbean today have hypertension, diabetes or both.

“The Caribbean is the diabetic, hypertensive capital of the world,” he stated. “More amputations are done in the Caribbean per capita than in any other part of the world. This is because for 300 years, the people of this region were forced to consume a diet based on what they produced – sugar. In this part of the world, sugar was consumed, not as a sweetener but as a meal.

“The consequences and the legacies of an enforced diet of sugar and salt to which the people of the region are now addicted is a direct consequence and legacy of slavery and colonisation.”

“This is a moment for responsible leadership,” he said. “This is not the time to continue to brush this matter under a carpet. There is no carpet in the world large enough to conceal and contain the legacy that must now be confronted and removed. This is a time for moral leadership. This is the moment of reparatory justice. This is the time to repair the harm and the suffering resulting from the crimes that were committed against enslaved and indentured peoples in the Caribbean and the long legacy of colonialism.”

Introducing Sir Hilary in her capacity as moderator of the media engagement, professor Verene Shepherd, Director of the Centre for Reparations Research (CRR) at The UWI, said the event comes in the wake of global activism around issues of justice, human rights and repair of fractured international relations as part of the Black Lives Matter movement, but intensified after the murder of George Floyd.

“The United Nations Human Rights Council on June 17, 2020, urged countries to confront the legacy of slavery and colonialism and to make amends for centuries of violence and discrimination, including formal apologies, truth-telling processes and reparations in various forms, “she added.

The CRC which has representation from 12 Member States in the Caribbean, was established by the CARICOM Heads of Government in 2013, to pursue reparations for native genocide and African enslavement from former colonising European governments and commercial enterprises.