Immigration director: $2.3m spent on repatriations so far this year 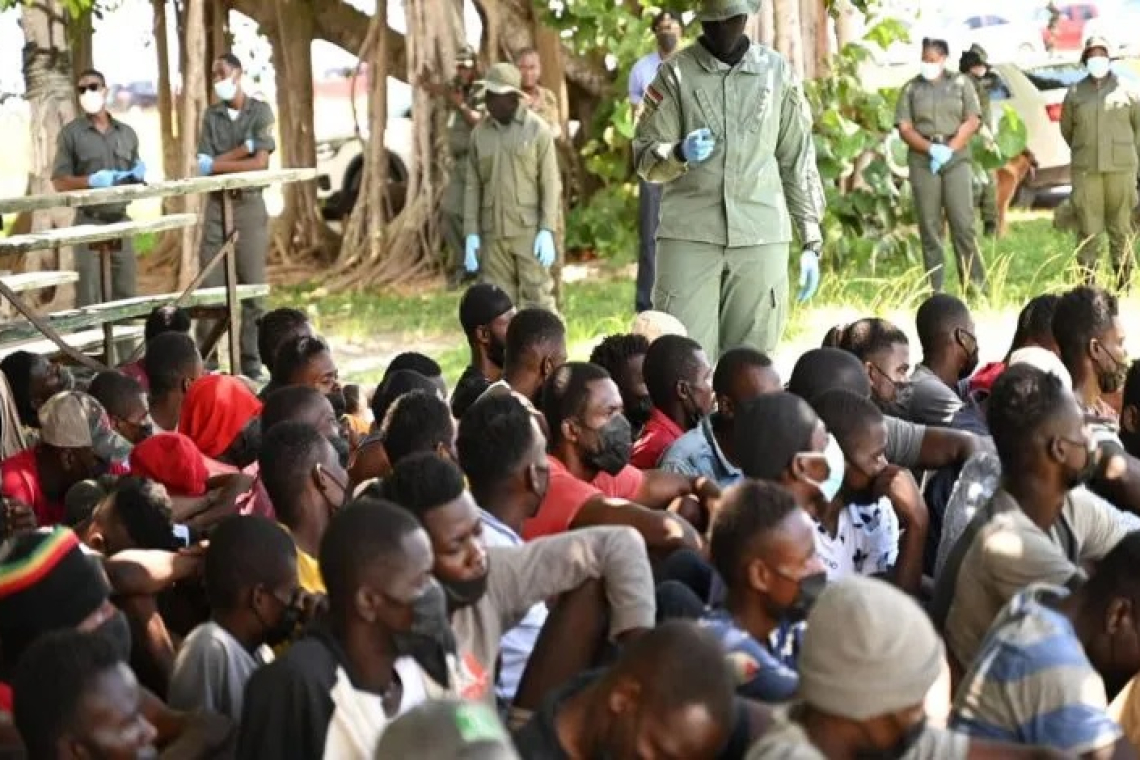 In this August 2022 photo, the Royal Bahamas Defence Force said it intercepted a Haitian sloop in the area of Guinchos Cay with 111 irregular migrants on board. The migrants are pictured at the RBDF base shortly after they arrived in New Providence. (Photo by Torrell Glinton)

NASSAU, The Bahamas--The government has spent nearly US $2.3 million on repatriation exercises so far this year, according to Director of Immigration Keturah Ferguson.

The bulk of that – $1,517,77.96 – was spent on repatriations between January and June while $30,268.01 was spent in July, according to data provided by the Department of Immigration.
More than $703,000 was spent on repatriations in August and $32,176 was spent between September and early October.
Ferguson acknowledged that the costs of repatriations are higher than in pre-pandemic periods. The government spent $2.2 million on repatriations in 2018, $1.6 million in 2019, $1.3 million in 2020 and $2.4 million in 2021.
She said repatriation exercises are “very costly”.
“For instance, it costs approximately $400 per person for repatriation to Haiti and $305 per person to Cuba,” said Ferguson at a press conference updating the public on recent immigration exercises.
Economic and social challenges have worsened in Haiti, which, in recent months, has witnessed various atrocities at the hands of street gangs. As a result, more Haitians have fled into neighbouring countries.
The Royal Bahamas Defence Force has reported apprehending significant numbers of migrants – mainly Haitians – in Bahamian waters this year.
More than 2,600 migrants have been apprehended so far this year, according to authorities. Those figures exceed apprehension figures over the last three years.
Ferguson said the department repatriated 2,804 migrants between January 1 and October 2. Of this number, 1,916 were Haitians and 519 were Cubans, she said.
“This compares to the statistics for the years 2020 and 2021, in which case there were 964 and 2,815 repatriations, respectively, for the entire year,” she said.
“Of course, irregular migrants enter The Bahamas from countries around the world. The other more notable and larger groups this year have come from Jamaica, Ecuador and the Dominican Republic.” ~ The Nassau Guardian ~