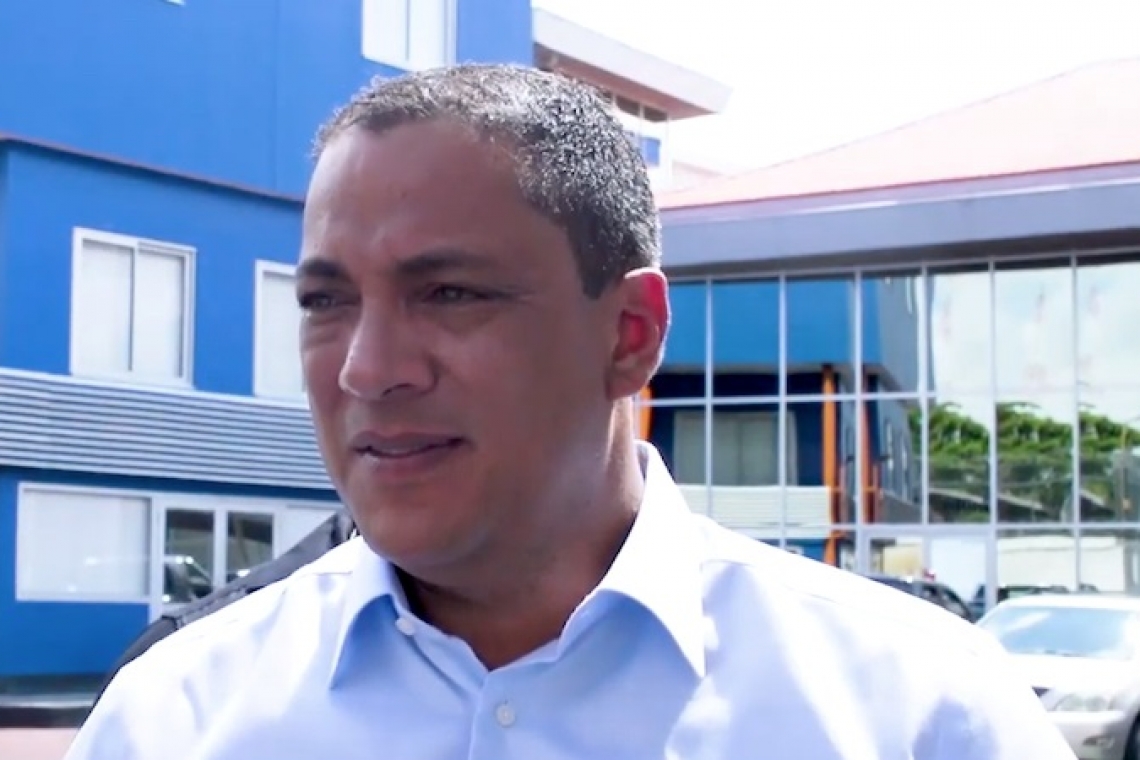 PARAMARIBO--Robert van Trikt, the former Governor of the Central Bank of Suriname CBvS, must remain in pre-detention as his prosecution proceeds. This was the decision of judge in the Court of First Instance, Maytrie Kuldipsingh on Friday, at the end of the preliminary hearing into the case against the disgraced former Bank executive who has been in jail since February 6. “There are no grounds to dismiss his case,” the judge ruled. “The subpoena against him is not frivolous and it is not likely that the judge who will preside over his trial will decide differently.” The judge ruled in accordance with the recommendation from the Prosecutor’s Office, which had also been against the suspect’s release.

Van Trikt, the 48-year-old son of Education Minister Lilian Ferrier, had served just under a year as governor, when he was discharged dishonourably on January 30, for irregularities and misappropriations at the Central Bank. His business partner Ashween Angnoe, who he owned an accounting firm with, has also been arrested in this matter.

The preliminary hearing on Friday was in response to an appeal by Van Trikt’s lawyers Irvin Kanhai and John Kraag, to have the case dismissed and their client released. The attorneys charged that Finance Minister Gillmore Hoefdraad should have been prosecuted as well. During their probe into Van Trikt, investigators came across documents that incriminated the minister; in addition, Van Trikt told them he did not act alone, hinting he had acted with Hoefdraad’s knowledge. The lawyers believed that as Hoefdraad had not been brought up as a suspect, the Prosecutor’s Office was in breach of the principle of equal treatment.

She also dismissed the lawyers’ defence that Van Trikt had not personally benefited from agreements he signed. “It is also a criminal offence when an act negatively affects the state,” Judge Kuldipsing said.

The lawyers have meanwhile reported that they will appeal the judge’s decision to keep their client in jail and not dismiss the case. It is not clear when Van Trikt is expected to appear in front of a judge again.