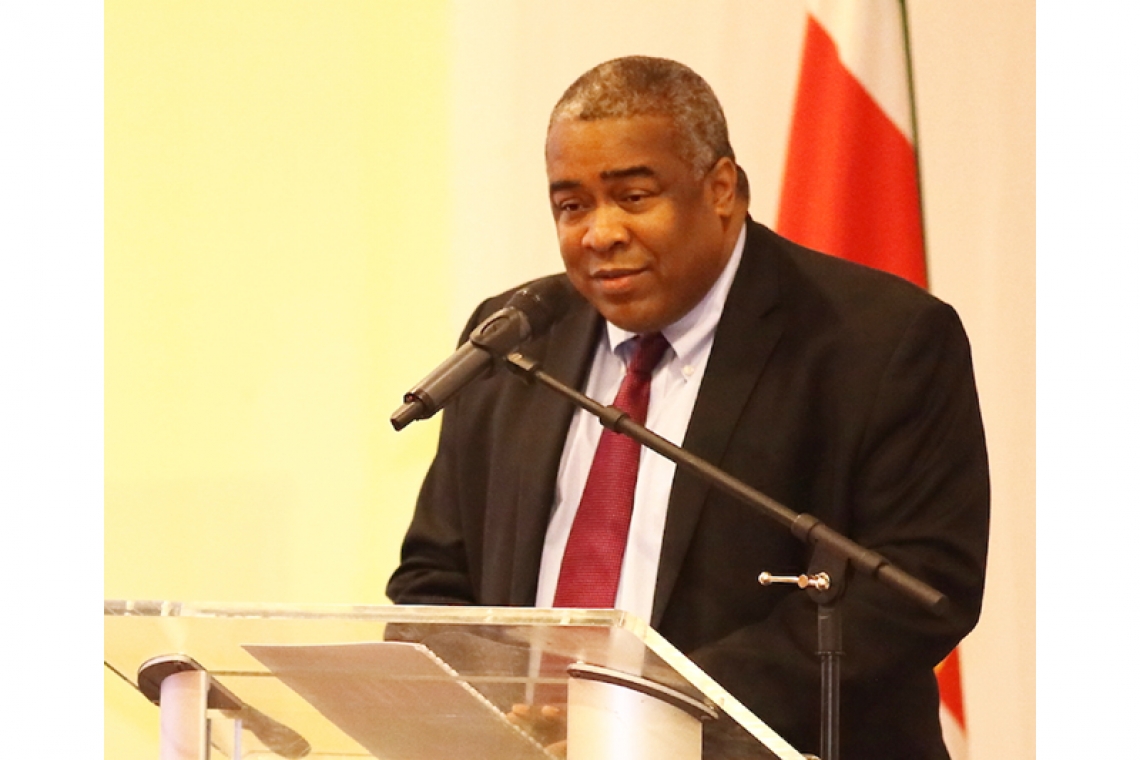 PARAMARIBO--Attorney General (AG) Roy Baidjnath-Panday has filed an official request with the National Assembly, to allow him to start a criminal prosecution of Finance Minister Gillmore Hoefdraad. News reports had been hinting since last week that the Prosecutor’s Office saw the minister as a suspect in the disappearance of US $100 million from the Central Bank of Suriname CBvS, over which the former CBvS Governor remains in police detention.

AG Baidjnath-Panday filed his request with Parliament on Thursday. As per the Constitution, a political appointee must first have been formally indicted by the National Assembly, before the Prosecutor’s Office may initiate criminal prosecution against this person.

A press release from the state’s attorney’s office explained that the request to Parliament includes a description of all the crimes Hoefdraad is suspected of, as well as a list of all the legal provisions under which these are punishable by law. The release said the AG would await the decision by the National Assembly. AG Baidjnath-Panday has also formally informed President Desi Bouterse of the indictment he was intending for the minister.

The disappearance of the US $100 million from the Central Bank dominated news cycles from when it was first reported in January. The funds were private citizens’ savings that private banks had been ordered to place in care of the Bank.

Former Governor Robert van Trikt, the 48-year-old son of Education Minister Lilian Ferrier, was widely held responsible for the disappearance; suspicions were by then already circulating that he had misappropriated other funds at the Bank as well. He was discharged dishonourably on January 30 and then arrested on February 6. His business partner Ashween Angnoe, who he owned an accounting firm with, was arrested a few days later, for his alleged role in the discrepancies at the bank. While he remains in custody, Van Trikt has told investigators he did not act alone.

Hoefdraad, who before becoming minister had also served as CBvS Governor, is a former executive of the International Monetary Fund (IMF). Over the past years, several complaints have been lodged against him. In February, activists from “The Next Generation Movement” filed a complaint with the AG, in which they charged that Hoefdraad had “forced the management of the CBvS to use the cash reserves.” And in August 2018 political party Strei! filed a criminal complaint against the minister for exceeding the country’s loan ceiling with loans he secured since returning to Suriname to work in Bouterse’s government.

A feature story investigative magazine Parbode published earlier this month, charged that Hoefdraad’s expertise had not benefited Suriname. “That the past couple of years landed him the illustrious nickname ‘Boefdraad’ did not happen by chance,” the magazine hinted. “Boef” means crook in Dutch.

Parbode reported that 92 loans the minister closed with local and international lenders remain open – with some in arrears – and that as per September 2019 the national debt stood at Surinamese dollars SRD 20.7 billion (US $2.75 billion). Parbode accredited Hoefdraad with the devaluation of the SRD. “Where we paid 2.7 Surinamese dollars for one US dollar in 2010, it has now been bumped to 9.2 SRD for a US dollar,” the magazine wrote.