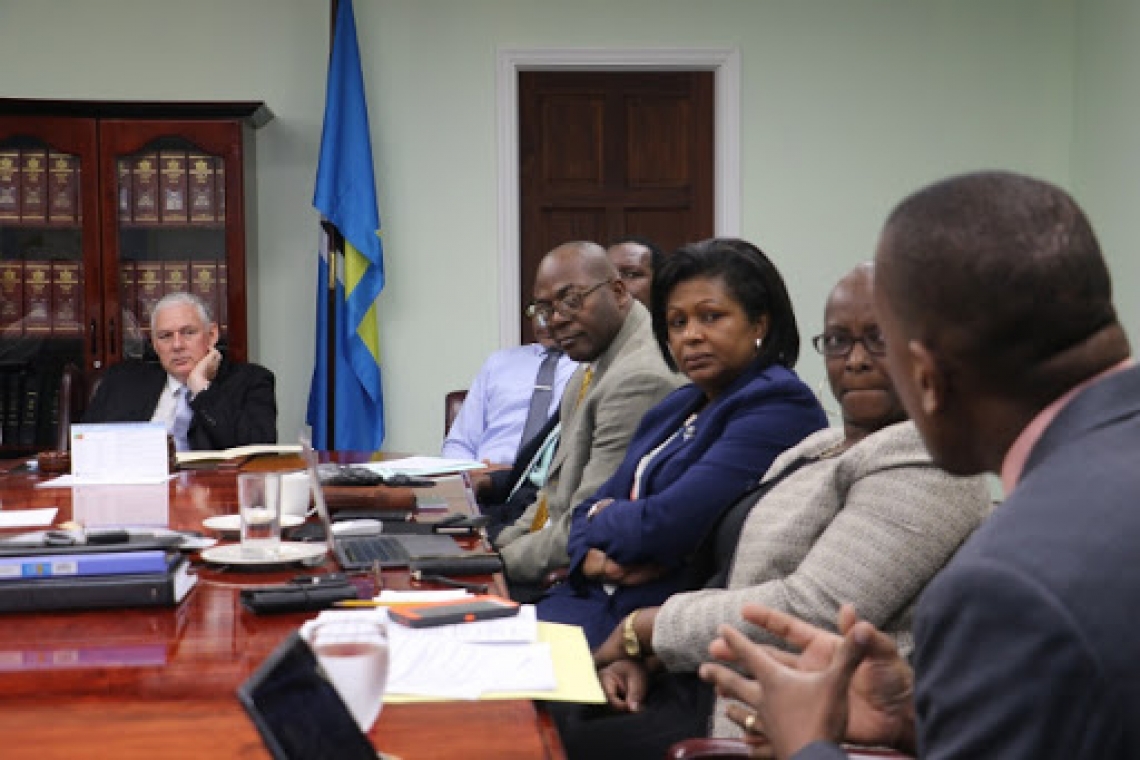 Ahead of Tuesday’s sitting of the House of Parliament, Commerce Minister Bradley Felix disclosed that discussions regarding pay cuts for parliamentarians were in advanced stages, which would cause the Cabinet of Minister to take home 25 per cent of their salaries.

“The parliamentarians were the first on the block as it relates to that,” Felix told reporters Tuesday, noting, “It is across the board.”

Discussions between the government of St. Lucia and trade unions who represent the public sector workers have been making rounds on social media platforms as the various parties negotiate salary payments for workers over the next three months amid the COVID-19 crisis.

According to documents from the Ministry of Finance, which have been circulating in the public domain, government’s monthly revenue has dropped from EC $110 million monthly to about EC $30 million over the last two months that COVID-19 has been affecting the island.

This has therefore created a cash flow crisis for the government, which has to pay civil servants salaries of EC $43 million a month whilst also servicing debt payments of approximately EC $40 million a month.

Rumours about civil servants taking a 50 per cent pay cut have been circulating, but the government of St. Lucia and the various unions are still in discussion on the matter.

According to a letter sent to the trade unions from the government, the following is proposed:

* Workers in Grades 8-18 receive 50 per cent of their salary in cash and 50 per cent in the form of a government investment bond (for three months);

* Workers in Grades 19-21 receive 25 per cent of their salary in cash and 75 per cent in the form of a government bond (for three months);

* Government pensioners receive 100 per cent of their monthly pension.

“The unions were also given the opportunity to come up with various options, which have not actually materialised; they have been given some additional time for us to discuss all of these options. It is one of those moments where it is extremely trying times and we have to try to think out of the box [about – Ed.] how we can deal with the shortfall in revenue,” Felix said.

Many world leaders are taking unique steps to handle the unprecedented situation.

New Zealand Prime Minister Jacinda Ardern announced that she and other top government officials would take a 20 per cent pay cut during the coronavirus pandemic.

Rwanda’s cabinet of ministers will donate their April salaries to the coronavirus fight.

The salaries of members of government, Members of Parliament, government advisors and directors of government-owned companies in Aruba will be taking a 10 per cent pay cut amid the crisis, until December 31.

Although negotiations are still underway with trade unions, Loop News has been reliably informed by senior government officials that the Cabinet of Ministers who do not form part of a trade union, have agreed amongst themselves to take a 75 per cent salary reduction as part of efforts to help with government’s cash flow issues due to COVID-19. ~ Antigua News Room ~