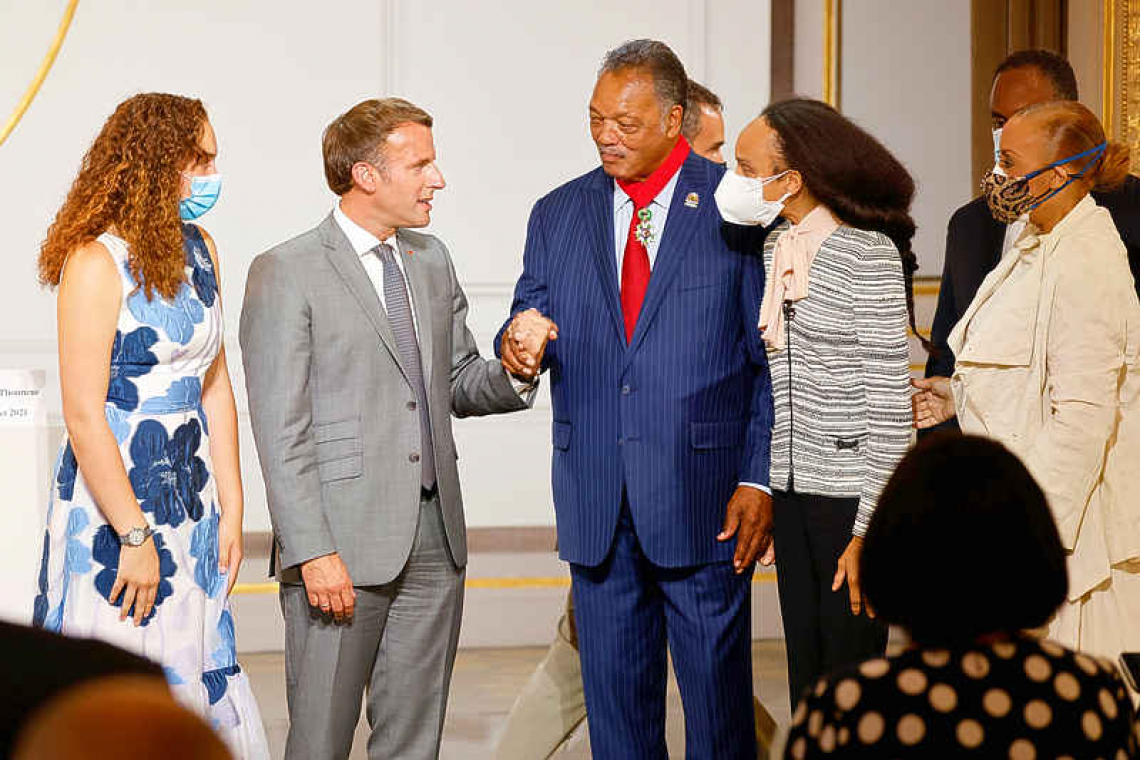 PARIS--French president Emmanuel Macron on Monday awarded U.S. civil rights leader Reverend Jesse Jackson the Legion d'Honneur, one of France's highest honours, in recognition of what he called "a long walk towards emancipation and justice".

A political activist, minister, and former shadow U.S. senator for the District of Columbia representing the Democratic party, Jackson has been involved in civil rights activism since the 1960s, when he worked alongside Martin Luther King.
Jackson, 79, was appointed commander of the Legion d'Honneur, one of the highest ranks in the distinction. "From your earliest years, you were hungry for knowledge and justice, and you are a special friend of France, a brother for us," Macron said in a solemn address at the Elysee palace.