Primordial worm-like creature was forerunner to animals - including us 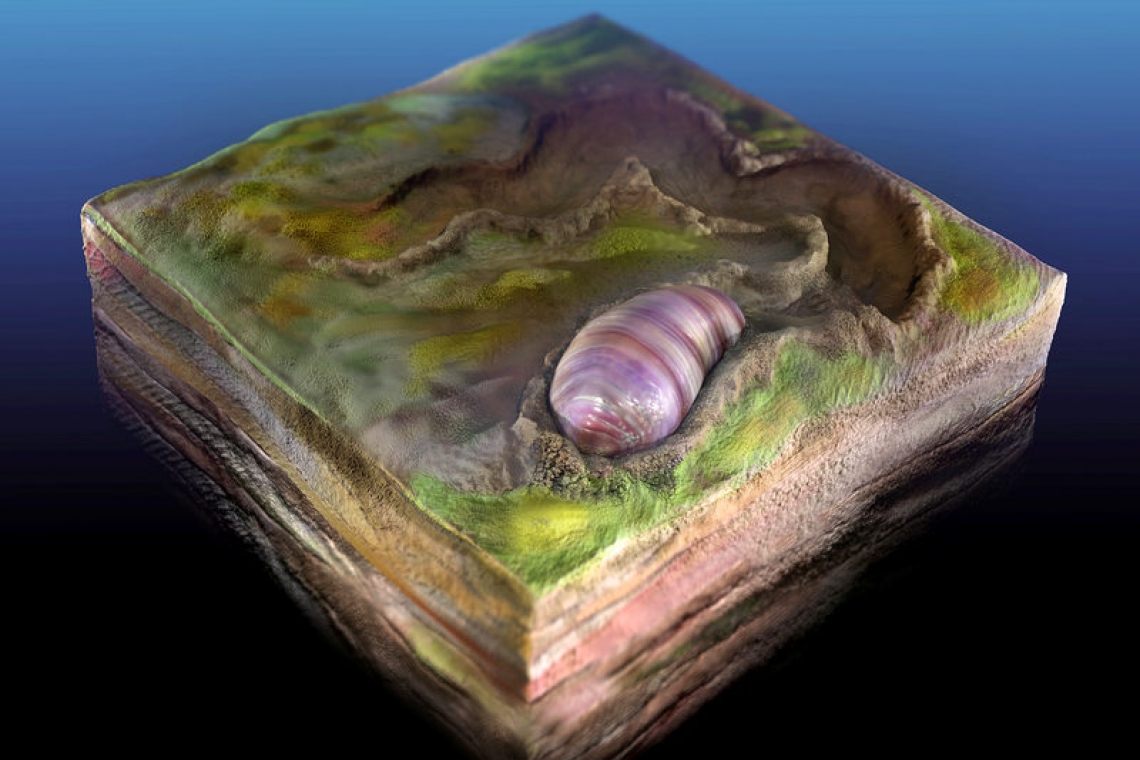 WASHINGTON- - A worm-like creature smaller than a grain of rice that burrowed on the seafloor in search of meals like dead organic matter about 555 million years ago may be the evolutionary forerunner of most animals living today - including people.

Scientists on Monday announced the discovery in the Australian outback of fossils of this creature, named Ikaria wariootia, that represents one of the most important primordial animals ever found.
It appears to be the earliest-known member of the vast animal group called bilaterians - organisms with two symmetrical sides, a front and back, with a mouth and an anus and a gut connecting them to process food, said paleontologist and study lead author Scott Evans of the Smithsonian Institution's National Museum of Natural History in Washington.
The advent of such a body plan during the Ediacaran Period was a pivotal moment in life's evolution on Earth, paving the way for more advanced bilaterians such as fish, amphibians, reptiles, birds, mammals, starfish, mollusks, insects and more. The few non-bilaterian animals include sponges, corals, sea anemones and jellyfish.
Up to a quarter of an inch (6 mm) long, Ikaria had a worm-like appearance, though one end was larger than the other. Its discovery underscores the humble evolutionary beginnings of this large segment of the animal kingdom, humankind included, the researchers said.
"The origin and early evolution of bilaterians is a huge question for evolutionary biologists and paleobiologists because, of course, we are bilaterians. It is a natural instinct to want to know - when did our ancestors first appear and what did they look like," said University of California Riverside geology professor and study co-author Mary Droser.
The researchers identified the fossils showing the outside of the body of 118 Ikaria individuals using sophisticated scanning technology under a grant from NASA. Ikaria's fossils were associated with thousands of burrows previously found in South Australia state.
"It had been predicted that something like this should exist based on the burrows it left and from genetic studies of modern animals," Evans said.
Ikaria - meaning "meeting place" in a local Australian indigenous language - lived alongside another scientifically important primitive animal called Dickinsonia, which was much bigger and shaped vaguely like a lily pad but was not a bilaterian and is considered an evolutionary dead end.
Though none of its organs are known, ?a previous study of its burrows, led by co-author Jim Gehling of the South Australia Museum, indicated Ikaria used muscles to push through the sediment in a shallow marine environment to ?scavenge for nourishment in the form of dead organic matter including 1and Dickinsonia corpses.
The research was published in the journal Proceedings of the National Academy of Sciences.