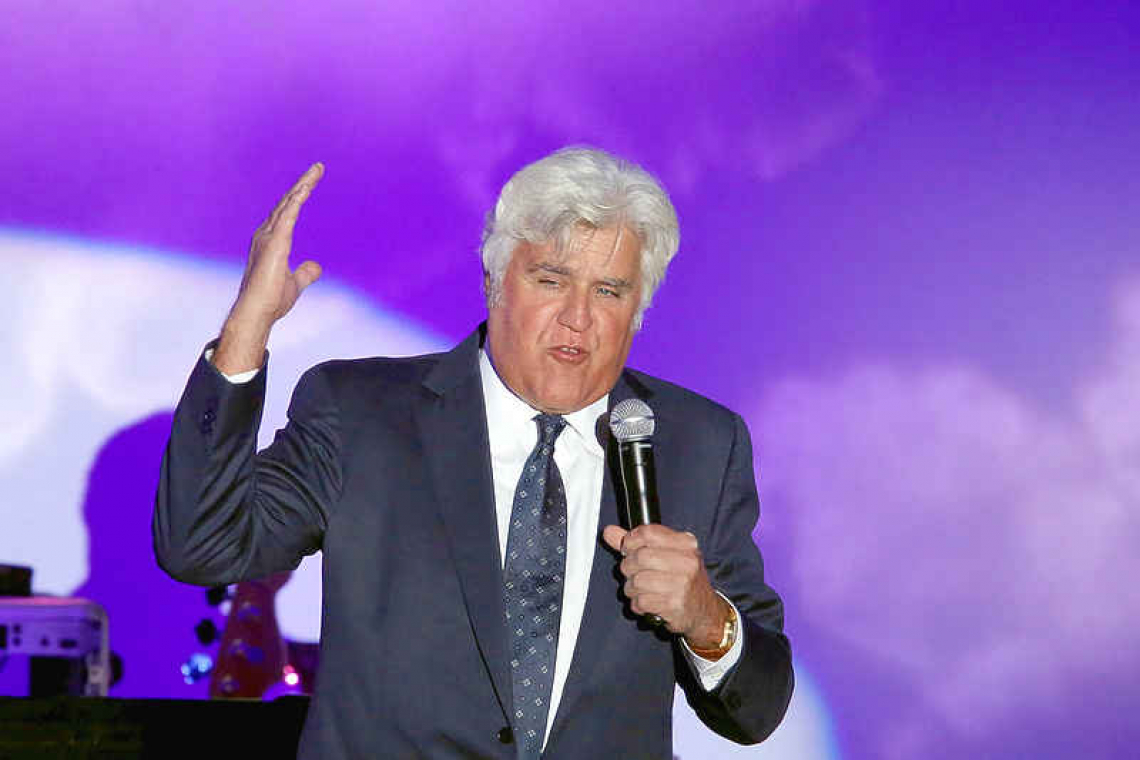 LOS ANGELES--Television host Jay Leno has apologized for more than a decade of jokes about Asian Americans, saying he had committed a "legitimate wrong."

The apology by Leno, the former host of U.S. television's popular "Tonight Show," follows a long campaign by the Media Action Network for Asian Americans (MANAA) and a spike in hate crimes against the community that has received renewed attention since a shooting in Atlanta last week that left eight people dead, six of them Asian-American women.
MANAA said that between 2002 and 2012 Leno made at least nine documented jokes about Koreans or Chinese people eating dogs or cats. The group has been seeking an apology ever since 2002 and said on Wednesday that it received one in a February call with Leno.
"At the time I did those jokes, I genuinely thought them to be harmless," Leno said in the call, according to a statement issued by MANAA that it said had been agreed with Leno. "I was making fun of our enemy North Korea, and like most jokes, there was a ring of truth to them.
"At the time, there was a prevailing attitude that some group is always complaining about something, so don't worry about it. Whenever we received a complaint, there would be two sides to the discussion: either 'We need to deal with this' or 'Screw 'em if they can't take a joke.'
"Too many times I sided with the latter even when in my heart I knew it was wrong. That is why I am issuing this apology. I do not consider this particular case to be another example of cancel culture but a legitimate wrong that was done on my part," Leno added.
Leno, now 70, hosted "The Tonight Show" for more than 20 years until he bowed out in 2014. He is due to host a revival later this year of the 1950s radio and TV quiz show "You Bet Your Life".
MANAA said Leno's apology had resolved the group's grievances with the comedian. Representatives for Leno did not return requests on Wednesday for further comment.