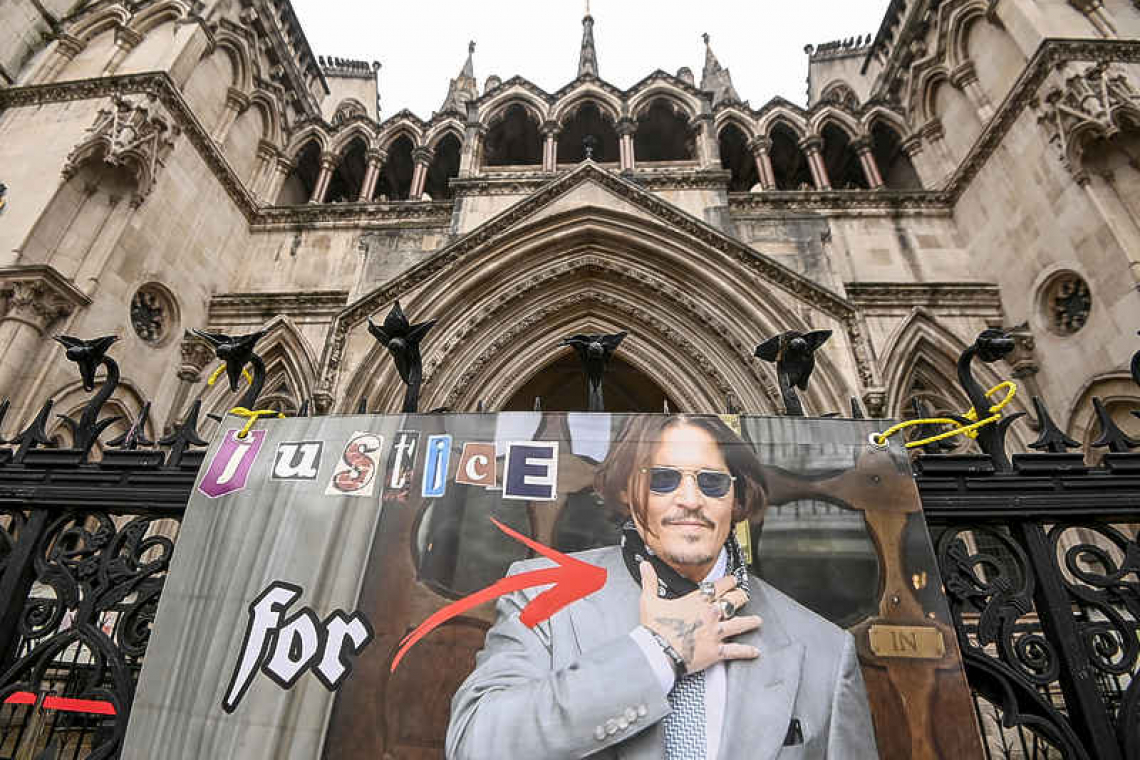 LONDON--London's Court of Appeal on Thursday refused Johnny Depp permission to challenge a verdict last year that concluded the Hollywood actor was a "wife beater", meaning his attempt to restore his reputation will shift to U.S. legal action.

In November, High Court judge Andrew Nicol ruled against Depp, star of films including "Pirates of the Caribbean" and "Edward Scissorhands", after he brought a libel case against the Sun tabloid newspaper.
After three weeks of hearings last summer, Nicol concluded Depp, 57, had violently assaulted his ex-wife, actress Amber Heard, 34, during a tempestuous five-year relationship, putting her in fear of her life.
"As we have said, it is not easy to persuade this court to overturn the findings of a trial judge on purely factual questions," the two Court of Appeal judges said in their judgment. "We do not believe that there is a real prospect of it being prepared to do so in this case."
Last week, Depp's lawyers said Nicol's ruling was "plainly wrong" and asked to rely on new evidence which they said showed Heard's claim she had donated her divorce settlement to charity was "a calculated and manipulative lie."
But the Court of Appeal said the hearings before him last summer were fair, his reasons were thorough and there had been no error of law. Depp's lawyer said he would now focus on a U.S. case he has brought against Heard.
In her evidence to the London High Court, Heard said Depp would turn into a jealous alter ego, "the monster", after bingeing on drugs and alcohol and had threatened to kill her. She detailed 14 occasions of extreme violence when she said the actor choked, punched, slapped, head-butted, throttled and kicked her, with Nicol accepting 12 of these accounts as true.
"We are pleased - but by no means surprised - by the court’s denial of Mr Depp’s application for appeal," a spokeswoman for Heard said, saying her evidence was "overwhelming and undeniable".
The Sun said the decision vindicated the evidence Heard gave, saying it had been confident that permission to appeal would be refused.
The libel case has already damaged Depp's career, as he was asked to leave the "Fantastic Beasts" franchise, the movie spin-offs from the "Harry Potter" books and films, days after Nicol's verdict. However, he has also filed a $50 million defamation lawsuit against Heard in a Virginia court over an opinion piece she wrote in The Washington Post, and that case is ongoing.