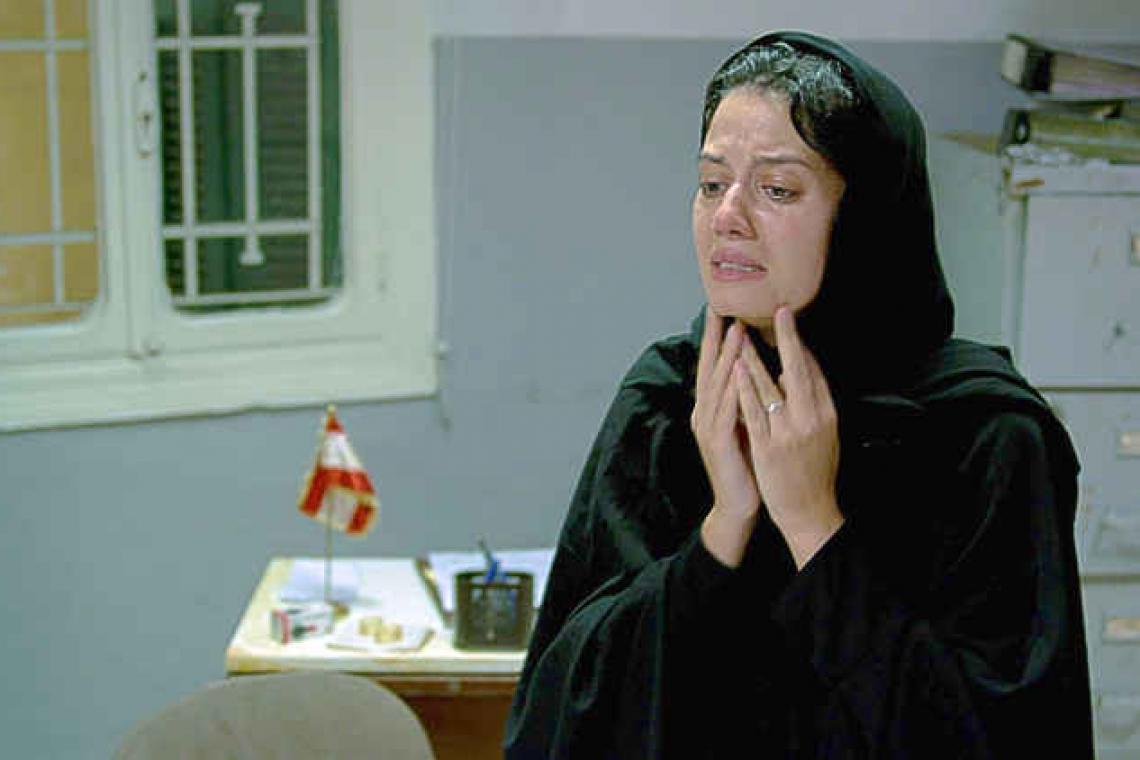 AMMAN--In a short film set in Lebanon, where marital rape is not a crime, filmmaker Farah Shaer tackles one of Arab society's biggest taboos and highlights the difficulties women face when reporting domestic and sexual violence.

"Shakwa" (meaning Complaint), which debuted at Egypt's Gouna Film Festival on Oct. 25, tells the story of Hoda, a young woman who tries to file a rape accusation against her abusive husband - only to be told he has not broken the law.
Shaer, whose last film "Soukoon" (2019) addressed abortion within marriage, said her fictional protagonist's struggles were based on the real experiences of women in her homeland. "There are so many stories behind closed doors in Lebanon related to women and their control over their bodies and one of them is marital rape," Shaer said.
"Who controls a woman's body in the Arab world? It's her parents, her family, her husband, her society, her whole country, and the religious figures," she told the Thomson Reuters Foundation.
Set in a police station where Hoda's credibility is repeatedly challenged, the film focuses on her growing desperation as she seeks safety before her husband finds out where she is.
Lebanon passed legislation in 2014 establishing protections for domestic violence victims for the first time, but women's rights advocates expressed outrage that the law stopped short of specifically criminalising marital rape. An initial draft included a provision outlawing rape within marriage, but it was removed from the version passed by parliament following pressure from religious authorities.
Shaer's stark film depicts a web of legislative and bureaucratic obstacles that discriminate against women, embodied in the character of the callous police officer who takes Hoda's statement.
"He represents the whole patriarchy," she said. "That's why you see (Hoda) surrounded by men and you barely see their faces but you hear their voices and you see their attitude."
She said criticism of her film on social media reflected the persistent belief that it is a husband's right to have sex with his wife with or without her consent. In almost all Arab countries, laws either do not contemplate marital rape or explicitly exclude it as a criminal offence, with the exception of Tunisia which outlawed spousal rape in 2017.
In Lebanon, the law criminalises a spouse's use of threats or violence to claim a "marital right to intercourse" but does not outlaw the rape itself. While the 2014 law marked important progress in the nation, gender-based violence remains common with about one in two people saying they personally know a domestic abuse victim, according to a 2017 report by the U.N. Population Fund (UNFPA).
Shaer said reporting abuse can be a complicated and costly process that requires medical proof, something particularly difficult for less-educated or poorer women to access. "Their rights are stolen inside their homes, in their own state. How can they afford to pay for their medical exams?"
"Shakwa" won praise following its screening at the Egyptian film festival last month, including from male audience members, several of whom expressed sympathy with Hoda's plight. But Shaer cautioned that the views of a "progressive" minority did not necessarily reflect those of decision-makers and the wider public in Lebanon and elsewhere in the Arab world.
In the meantime, she said she would keep working to challenge patriarchal attitudes through her films. "Cinema is my only tool... for cultural resistance," she said. "Through these films and through shedding light on these stories, (my aim) is one day that those in power will listen to us."