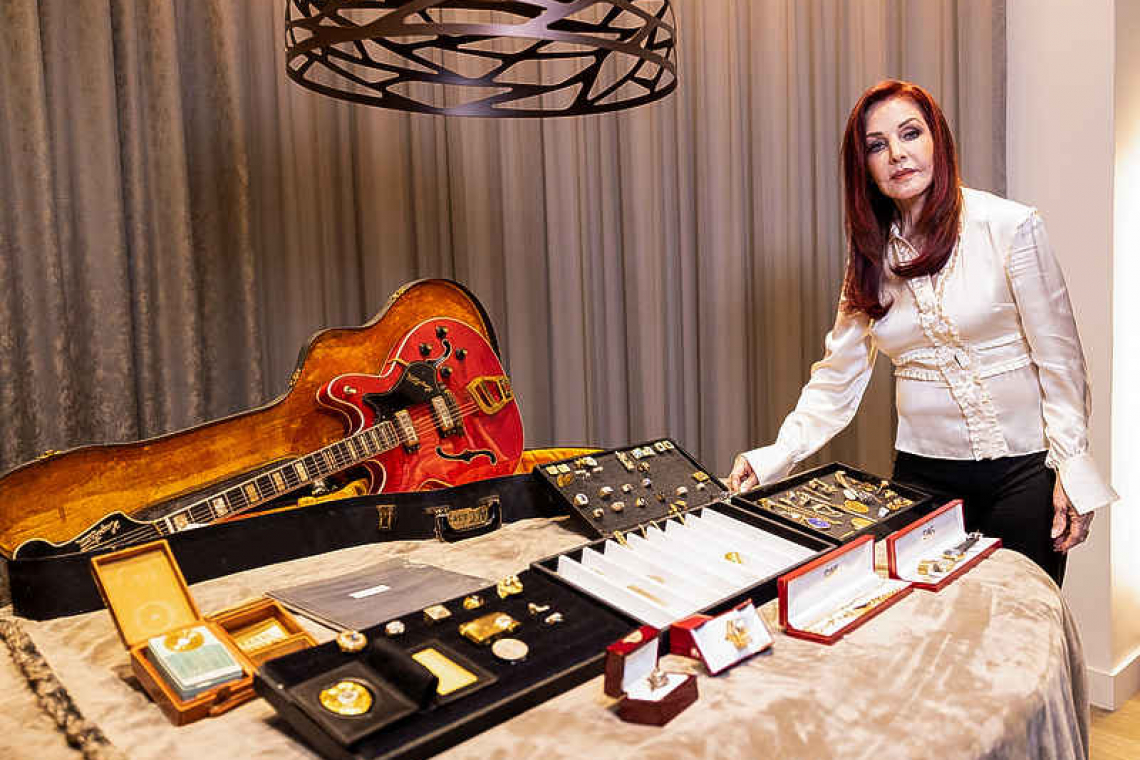 WEST HOLLYWOOD, California--Elvis Presley experts and historians have long known about a collection of jewelry the singer gave to his manager Colonel Tom Parker.

Both collectors and fans have spent decades searching for the items, which were thought to be lost. Thanks to Brigitte Kruse, founder and CEO of GWS Auctions, who found and assembled the pieces, they can now be seen together for the first time.
Two hundred items, including gold rings encrusted with jewels, cufflinks, watches and chains, will go up for auction on Aug. 27. Also included is the guitar played by Presley during his famous "comeback" TV special of 1968.
Presley’s former wife Priscilla worked with Kruse on the collection, although Priscilla does not own any of the pieces. "Well, it brings back memories for sure," Priscilla Presley told Reuters.
She added that it was a running joke with her former husband that he constantly bought or commissioned jewelry for Parker because the manager already had everything he needed and the Presleys did not know what else to buy him.
Priscilla Presley said she felt protective of the items because she designed some of them, including artifacts with the logo for TCB Band, the musicians who formed the core rhythm section of Presley's backing band in his later years. "TCB" stood for "taking care of business," a favourite expression of Presley's.
Priscilla Presley supported the auction in part because she was weary of seeing so many fake Elvis artifacts for sale. "There is so much product out there that is not authentic at all and that worries me," she said. "I want to know for sure that that is going to go to someone who is going to care for it, love it."