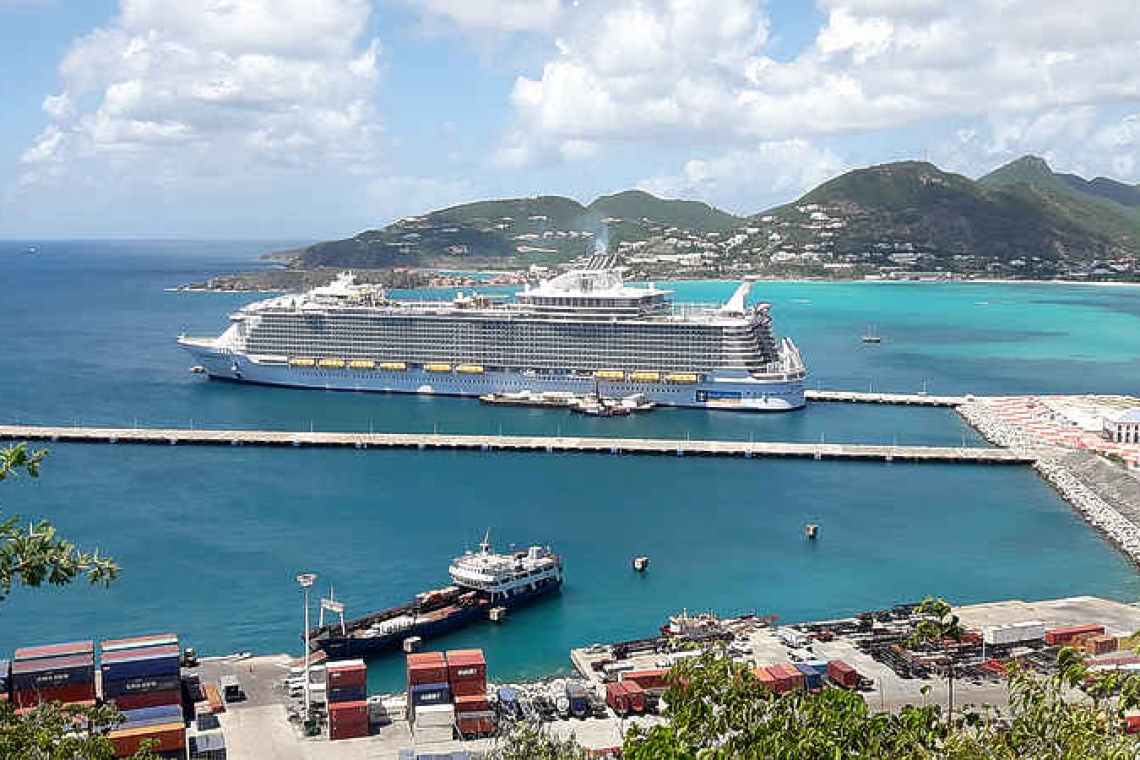 The “Symphony of the Seas” docked in Great Bay.

PHILIPSBURG--The world’s largest cruise ship was in port on Tuesday. With a length of 362 metres and a width of 47 metres, Royal Caribbean’s ship Symphony of the Seas makes a great impression.

The ship features 18 decks and has a capacity of nearly 9,000 passengers and crew. Due to the COVID-19 pandemic, it is sailing at maximum 60 per cent occupancy.

This ship is considered the most adventurous cruise ship, thanks to the many attractions on board, including 23 swimming pools. The “Ultimate Abyss” is the longest slide at sea, where passengers slide down as many as 10 decks. There is also FlowRider, a simulator that sends water at very high speed across a small area that mimics what it is like to surf on the ocean. Symphony of the Seas has two of these attractions. The ship boasts a Central Park based on the Central Park of New York City,  for relaxation as well as activities.

The many attractions and entertainment on board did not prevent passengers from disembarking to explore St. Maarten. Buses full of visitors left the harbour on Tuesday Morning for a tour of the island.