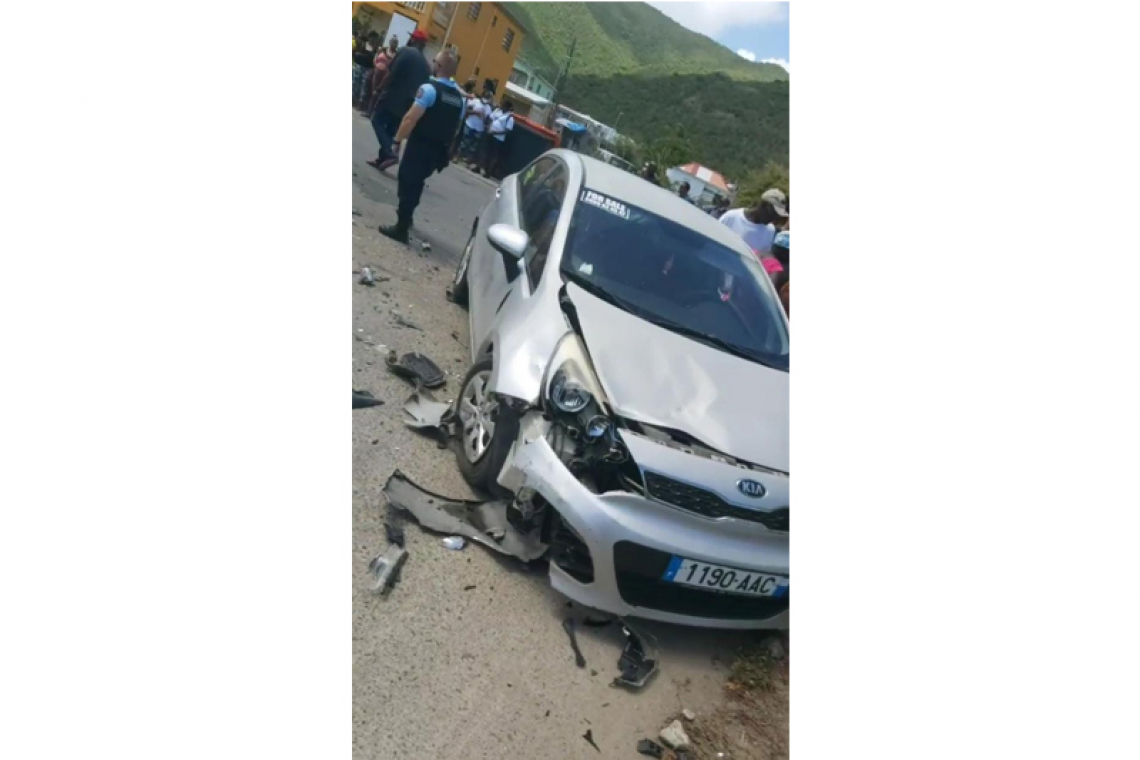 A damaged grey Kia car that was reportedly in an accident with a motorbike in French Quarter on Tuesday. (Photo contributed)

MARIGOT—Gunshots were fired on the Marigot waterfront on Tuesday afternoon around 3:45, the Gendarmerie confirmed, in the vicinity of the former lolos building and the ferry terminal.

The Gendarmerie added no fatalities but victims had been injured. It did not specify how many persons. Their injuries however were not life threatening.

The area was cordoned off as the investigation seeks to determine the cause of the shooting and to apprehend the shooter or shooters. No other information was provided.

There was also no further information by press time on an accident between motorbike and car, and the state of the victim or victims, that occurred reportedly on the same day in French Quarter according to photos published on social media.