William: ‘We’ve come a long way, but we have a longer way to go’ 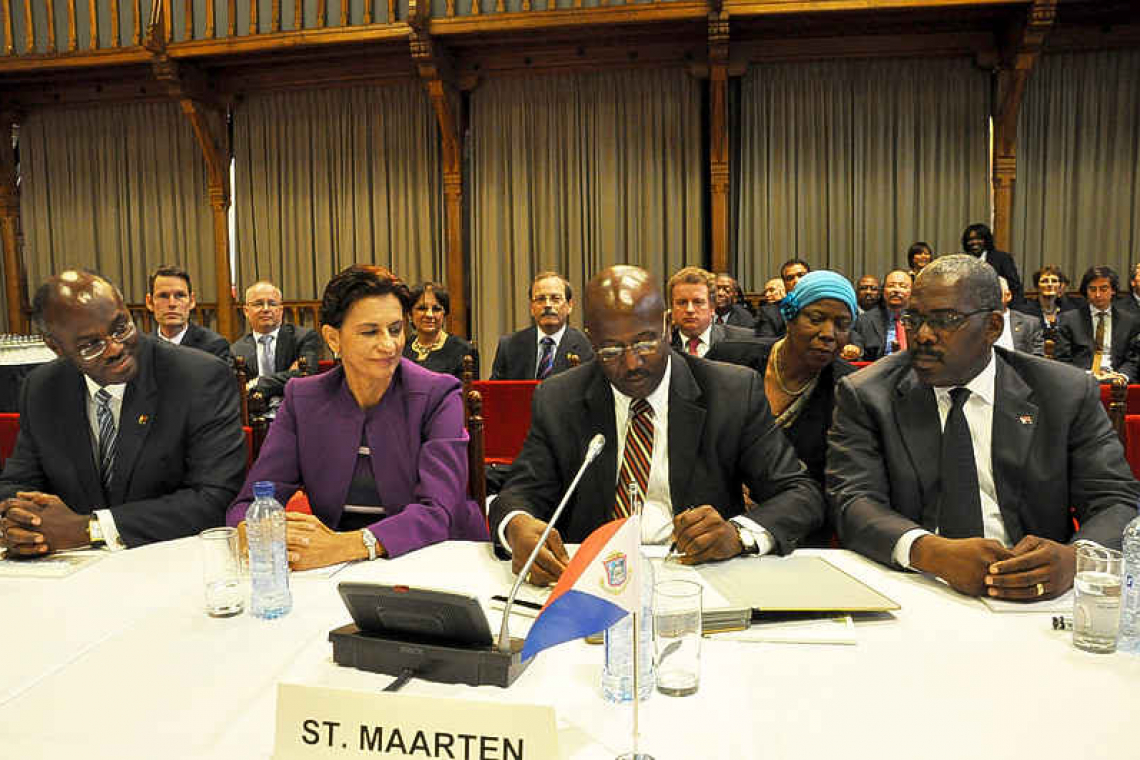 PHILIPSBURG--Despite the challenges over the past decade and having to start from scratch, St. Maarten has come a long way since attaining its status as country within the Kingdom of the Netherlands, but it still has an even longer way to go, says Member of Parliament (MP) William Marlin, credited as one of the key persons to bring home country status for St. Maarten back in 2010.

Marlin, whose negotiating efforts played an essential role in the status St. Maarten currently enjoys, reflected on the process for The Daily Herald and gave an insight into the direction he thinks the country should go.

“We have come a long way and we have a longer way to go, but we have to stop, reflect and look forward,” Marlin said, noting that remaining in the Kingdom requires cooperation and if this cannot be achieved, an option would be to “get out of the Kingdom.” This process does not have to happen overnight, but if a decision is taken to leave the Kingdom with the guidance and support of the United Nations and join other independent nations, this discussion should start.

Reflecting on the dismantling of the former Netherlands Antilles, Marlin, a former Constitutional Affairs Commissioner, alluded to the situation of Aruba, which left the Kingdom 34 years ago in January 1986, after it felt that it was being “pushed around” and not developing as a nation. Prior to the dismantling of the Netherlands Antilles, Curaçao, where the Central Government was based, “controlled the power” and made the decisions for the islands.

“Curaçao has never had a problem because they controlled all of the power of the Netherlands Antilles. They controlled the Council of Ministers and the Parliament and any decision that had to be taken, it was Curaçao’s way or no way,” he said.

Despite the situation at the time, during the first referendum in St. Maarten, the population opted to remain in the Netherlands Antilles.

In the late 1990s when Marlin became leader of St. Maarten Patriotic Alliance (SPA), he pushed for a new referendum with his coalition partners Julian Rollocks and Elton Jones. The political parties at the time, including the Democratic Party (DP), and the party of the late Vance James, rallied to get out of the Netherlands Antilles and become a country within the Kingdom. That referendum was held in 2000 and a majority of those who voted chose this option.

Marlin said DP was in government at the island level from 2000 and Sarah Wescot-Williams in her capacity as Commissioner of Constitutional Affairs led the talks to exit the Netherlands Antilles constellation at the time. However, Marlin said the talks were not “going anywhere” as “nothing tangible was happening.”

When the DP left the Central Government “we joined in a government that was heavily criticised, with Anthony Godet. We were in opposition in St. Maarten and we formed the government for the Netherlands Antilles and we appointed Richard Gibson as Minister of Constitutional Affairs and late Edgar Lynch as State Secretary for Public Health. It was then that the constitutional train started to move. Things started going in a direction as it was moving and happening,” Marlin recalled.

However, “we couldn’t see eye-to-eye on some of the things that Anthony Godet was doing and we quit the Central Government and the DP jumped on it immediately and re-joined and reappointed Richard Gibson as Minister of Constitutional Affairs.

“Things then started to move somewhat because both Curaçao and St. Maarten were on the same track. Fast forward to 2009 when the Island Government of St. Maarten crumbled and we formed a [governing – Ed.] coalition, I became Commissioner of Constitutional Affairs and the constitutional change process in the Kingdom went into overdrive. I agreed for us to set a date and work towards that date.”

“When I made the announcement, the immediate reaction from Sarah [Wescot-Williams] was ‘unattainable.’ But we pushed things,” Marlin said.

The work group team at the time included Dennis Richardson, current Governor Eugene Holiday and Joan Dovale-Meit along with Gibson, amongst others. “They were the core group, who attended technical meetings and assisted me, and 10-10-10 became a reality. We achieved the objective of taking St. Maarten out of the Netherlands Antilles and maintaining ties in the Kingdom.”

Asked what he sees as the general benefits and downsides for St. Maarten under this new status, Marlin said that while many are asking about the positives and negatives, the issue has to be placed in the correct context.

“If you start a business, a week after you don’t really see the returns on investment. If you start to build a home, you don’t move in a week after. In terms of building a country, technically from scratch, yes, it is 10 years, which may look like it is a long time, but in terms of the development of a country, 10 years is just a fraction.” He alluded to other countries in the region that went through a similar process and took years to stand on their own two feet.

He said also that St. Maarten had begun its new status at the time without the necessary infrastructure and intellectual property in place, unlike Curaçao, where this was all located.

“We did not have a proper prison, education infrastructure, we still don’t have sewage hook-ups and culverts – everything had to be built from scratch. The only thing for us that was up to par was the private sector because they fuelled themselves,” he observed. “Investors came and built hotels and we built the infrastructure to accommodate the economy. The harbour and airport were up to standards to accommodate the visitors who were coming.”

Being able to make decisions and holding local politicians accountable and not having decisions made for the country by Curaçao had been one of the plusses for St. Maarten. “Whenever Curaçao wanted to increase taxes, they did it. Since 2010, we have been in charge in terms of we make the decisions. If anything went wrong in terms of decisions, we cannot blame a central government. We have ourselves to blame.”

He does not agree that the shaky political system St. Maarten faced over the years is a result of the country’s status.

“The number of times politicians jumped off-board looking for their own interest instead of the interest of the people has nothing to do with the fact that we became a country. It has all to do with immaturity of people who were given power and responsibility and could not manage it.

“You gave a lot of power to persons who misused that power for self-gain and that has resulted in the constant tumbling of government. It would appear now that things are stabilising and there is hope for the future.”

For Marlin, one of the main issues is the huge debt St. Maarten started off with.

“Debt forgiveness or debt cancellation never took place; even the present State Secretary wants to make those in the Kingdom believe this. Institutions had to be built from ground zero. In Curaçao, they already existed. The manpower, brains and mental capacity to run some of our institutions were lacking in terms of people.”

He sees the reluctance of the Dutch government to truly assist St. Maarten to build up as a setback. “We have also had tremendous setback because of the active tool of Dutch government. They have no intentions of helping us to become autonomous countries in the Kingdom. They want to continue to hold on to Curaçao and St. Maarten and now reel in Aruba as well, as their colonies.”

Marlin said that when he stood “alone” against the Dutch proposal for aid following the devastating Hurricane Irma in 2017, other local politicians “misused the opportunity” to “regain power” and sided with the Dutch. He believes that St. Maarten is now paying “a heavy price” for this.

“Could things have gone differently? Yes, on our side, but more so on the side of the Dutch because they did not help us to become autonomous countries in the Kingdom and foster a strong federation of the Dutch Kingdom.”

As one of the architects of 10-10-10, Marlin truly believes that after 10 years, St. Maarten is overcoming the hiccups it has faced along the road over the past decade. Hiccups such as the frequent ship-jumping and “political falling out” seem to be subsiding. The country is still young, but it is making strides and if cooperation within the Kingdom is not feasible, St. Maarten has to exit the Kingdom.

Talks are currently being held in Parliament, he said, and advice is being given on the trajectory the country can follow to approach the United Nations Decolonization Committee to gain the independence that St. Maarten would need to secure its rights.